Despite whatever it says on the signs on Mayor de Blasio's dais or podiums, crime has gone up in Queens. 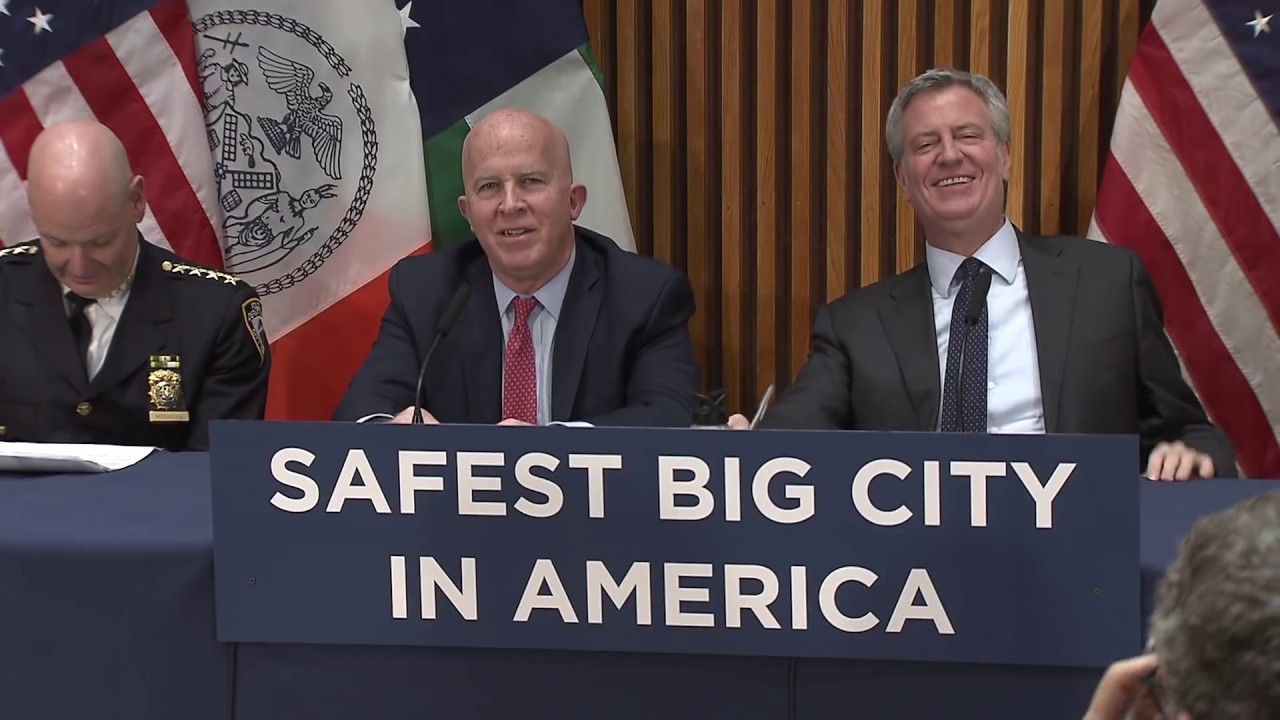 “Look, I want to put this in perspective; we had in 2017 a record setting year,” said Mayor Bill de Blasio at a press conference about citywide crime on Jan. 3. “We had crime down in ways that no one believed possible previously. And in 2018 the NYPD beat the record again. ”

But according to NYPD data, rapes, murders, felony assaults and incidents of grand larceny have increased in Queens.


It was the bad old days, it is the new bad days.

New York City Police Commissioner James O’Neill on Wednesday announced a new initiative to reduce crime in six targeted neighborhoods that have “violent crime rates more than twice as high as the rest of the city.”


The NYPD’s “new vision” will comprise Manhattan’s 25th Precinct, Brooklyn’s 73rd and 75th precincts and the Bronx’s 40th, 41st and 42nd precincts — all of which have violent crime rates more than twice as high as the rest of the city.


He added: “We won’t rest until every block in every neighborhood enjoys the same level of safety and well-being as the rest of the city. Your zip code must never be the primary determiner of your safety. And it’s our pledge to ensure that your neighborhood is safe, regardless of where in New York City you call home.”

Despite the confirmed alarming stats above, Queens is just going to have to wait.

It just means the crimes have shifted. Everyone who got priced out of Brooklyn, just moves to queens and the bronx so the shit just moved from one area to another. Not to mention how many illegals we have living here. But we are still so vibrant and diverse so mayor dumbdumb doesnt care. Most crimes dont get reported anyway, so I dont trust any reports they put out.

Keep up the good work, JQ!

The NYPD fix crime like a Las Vegas casino .... Mike Bloomberg and Bill Deblasio = BloomdeBlasio -- The fix is in I voted for Bill he betrayed my vote he's corrupt he's a liar his police commissioners are awful and corrupt just like him they go fly on Federally funded cesnas - taxpayer money to fight terrorism so that's a federal offense and Bill took a ride to are they arrested any accountability?

No Erased as well!

I'm reminded of the time then Police Commissioner Ben Ward (Or Bubba, as he was referred to by the rank and file) held a presser and stated that "Crime was increasing at a declining rate" you can't make this crap up...

the big problem still remains the citys homeless. If they are not sleeping on the streets then they are sleeping in subway stations and inside subway cars. A small percentage of them are violent but attacks keep increasing and this bozo of a mayor that we have turns a blind eye. i say bring back the Bloomberg policy of paying for a ticket for them to go back to their home state by bus or rail. That plan worked and it should be revisited. The homeless we have are from all over and its not fair that we have to share the biggest burden.

Yep. My house was burglarized at the end of November. At 3 in the afternoon, broad daylight, kids walking home with their parents from the school down the block. It would've been a robbery but they ran out when I interrupted 'em. Partly its the temptation of the space being isolated and therefore more easy to intrude upon unseen from certain angles, so I'm not necessarily squarely laying the blame on the current admin, but it certainly doesn't win them any points. The cops to their credit came within minutes and I've since put up (more) cameras and new security gates. Yay.

Why are the new posts being made by JQ LCC and not by Queens Crapper?

The other day I stood by a turnstile used by Bryant kids as they left school. 90% did not pay their fare. This is what happens when you encourage a rugrat culture and promise no penalties for it.

DeBlaz is the ghetto mayor.

No surprise, Billy would say and promise anything that fits his socialist agenda. or being a socialist, is being a liar.

I didn't take over. Crappy resigned (for the time being) and offered an admin and I took it. It's still belongs to the crapper. In fact, the next post is by proxy by Crappy.

“other day I stood by a turnstile used by Bryant kids as they left school. 90% did not pay their fare. This is what happens when you encourage a rugrat culture and promise no penalties for it.”

This was always the case for decades. This is new to you?

> Crappy resigned (for the time being) and offered an admin and I took it. It's still belongs to the crapper.

Please post a full update on the changes and the reasons. Us longtime readers and commenters would appreciate it.

This is how it happened?

I emailed Crappy and told him/her/they that I had trouble making comments and thought I was banned from the site. Suddenly you couldn't comment as an anon or through a URL, but Crappy emailed me back a few weeks later and said that this blog became too much of burden and just wanted to end it.

When I told crappy I was going to do a goodnight post for the blog (it's a thing I do when legendary people, places and things die), crappy offered to make me admin., which kinda shocked me.

Now I don't use blogger so I wasn't familiar with the responsibilities but Crappy sent me a link through email, I clicked it and boom, I'm an admin.'

That's how it happened

Crappy did write me again just to send a story (which TommY E also posted on a comment page). So if Crappy decides if he/she/they wants to take over again, I will gladly return the blog so to speak.

I hope that clears it up. I will leave the email address in case any other longtime readers want to contact the crapper

It's getting complicated. But it is what it is. Excelsior! ("...he/she/they..." Amazing, no? 12 years of "crapping" and we still don't know the identity of The Crapper! Kudos Crapper!)

I know George. The crapper is really like a superhero.

Crappy is still around because there is twitter account that automatically uploads the posts. I just look at the crapper's twitter feed, there are actually blue check followers.

One of them was the lovely Soledad O'Brien! Even AOC is on there (actually a parody of the congresswoman, I had to look close and noticed a couple of slashes on the address and there was a little bitty hitler stache on her cute photo.)

Response to Anon #1-- A whole lot of "shit" has moved into Forest Hills and Rego Park, surprisingly, within the past year. I'm still looking for an explanation. Do we suddenly have a lot of Section 8 rentals? If you live around here, you know the people I'm referring to.

Anybody can do anything with numbers. It's all a matter of how they want them to come out!

When the police refuse to take a report,yes,crime goes down.
In nypd parlance any report not taken or downgraded from a Felony to a misdemeanor is called shitcanning.