Cleaning up Jamaica DIO without the Democ(rats) 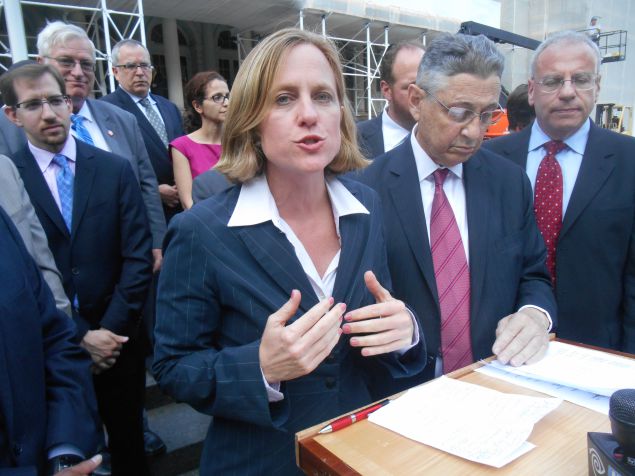 Some residents of Jamaica Queens have come to a nightmare reality. They now believe that their local leaders will NEVER cleanup Jamaica. Yes my comrade, Joe was right. This leaves ONLY one option. We the victims have to Do It Ourselves, (DIO).

According to a recent survey, residents said the following: for years they have been complaining about the same issues; with no resolution in sight.

The abandoned park at Merrick Boulevard and 109th Avenue take the rotten cake. It has been an eyesore for roughly 30 years. Some elderly residents said they vividly remember playing in the park as young people. 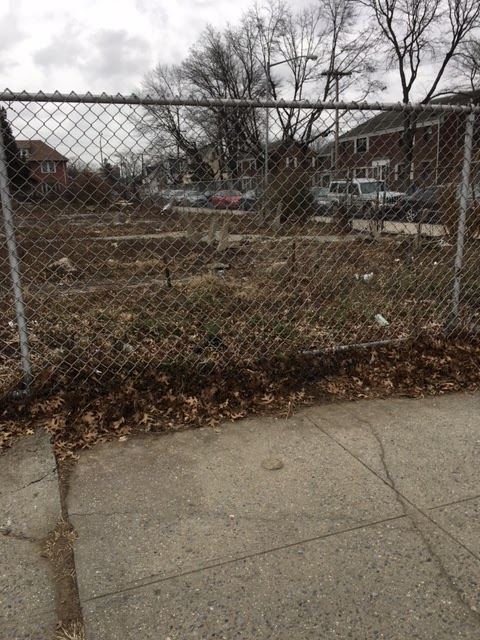 Nevertheless, our local leaders are so well connected that they allowed the court order to be ignored. Amid constant protests the owner was forced to remove garbage and other infectants.

James Fob's house has been abandoned about 15 years. Cleanup Jamaica forced the Department of Sanitation to implement a NEVER before policy. They clean the private property on a regular basis and bill the owner; yet, there is no solution. Location, 107-58 164th. Street Jamaica. 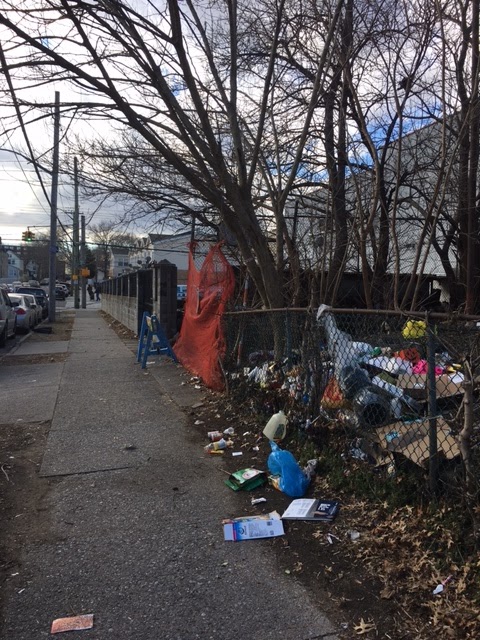 All along 108th Avenue and several areas contain widespread smashed-up vehicles and garbage. This is not a slight concern for the politicians. Even the four churches have remained completely silent. Yet, the church leaders invite politicians to make speeches on the pulpit; during campaign seasons. 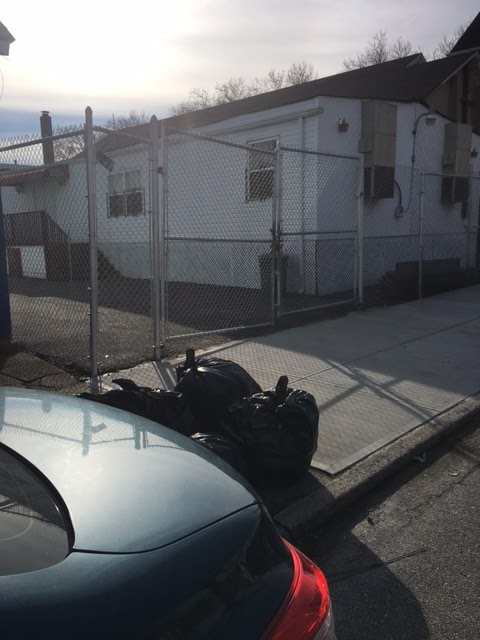 Under the trestle at Guy R. Brewer and Archer Avenue  is a disgrace. For decades the area was dark and garbage-filled. About three years ago, it was painted and lights were installed. Now it is back to square one. 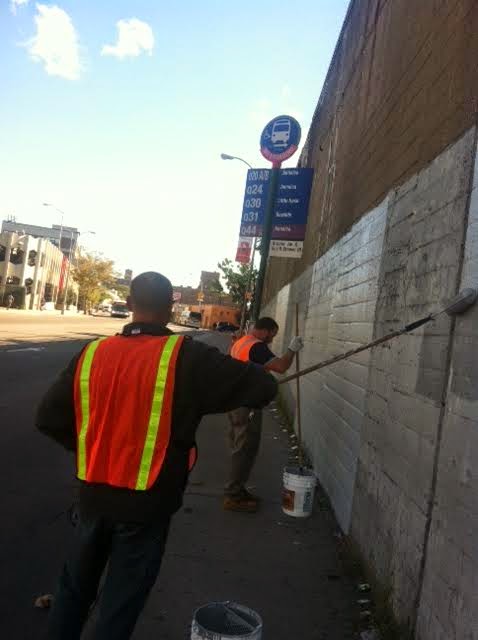 The bathroom at the Archer Avenue E train station is never mentioned in MTA's budget. It is filthy and remains "closed for repairs " more than it is available for usage. On January 22, it was closed with a repair sign to be opened on the 23.  A janitor spotted me taking photos and a few hours later it was reopened. In addition, it was repaired more than 20 times last year, and the year before and the year before. 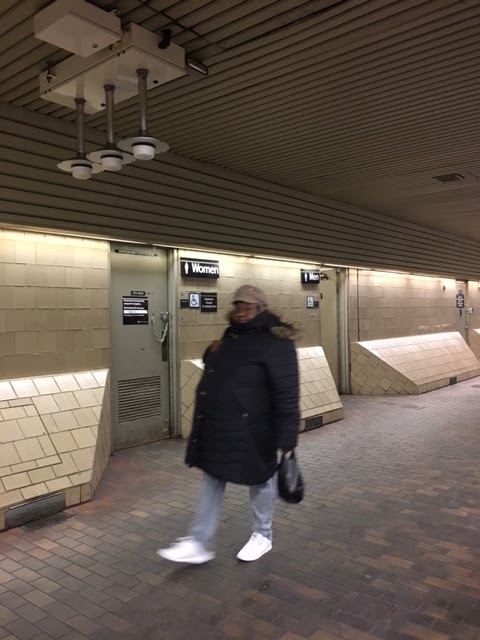 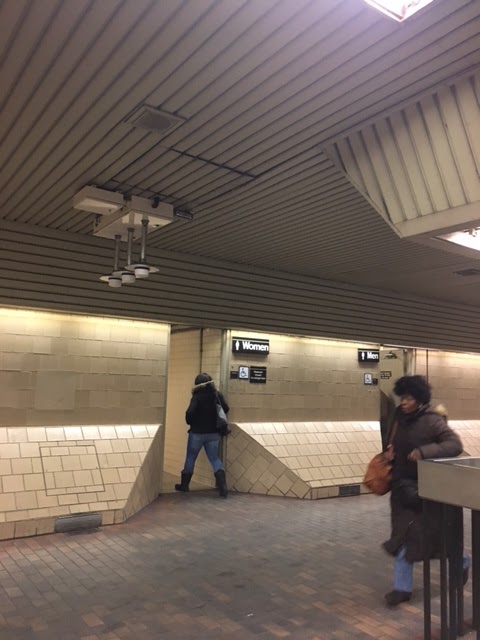 The heater is rusty, the hand dryer is not working and one soap dispenser is broken. 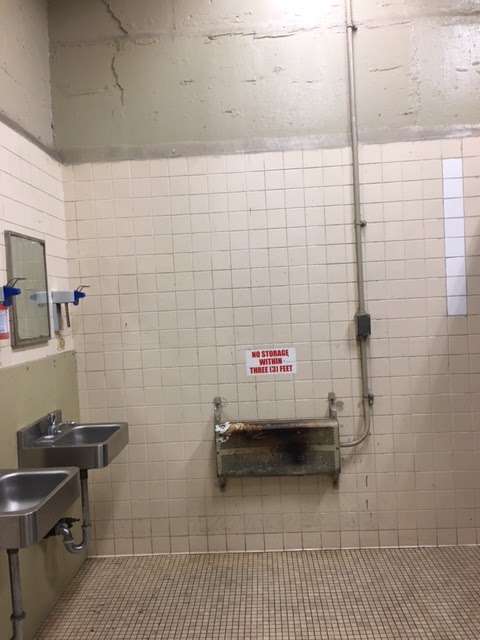 Election after election, all the politicians make deceptive promises. It is beyond comprehension why some residents still feel a sense of obligation to vote for democrats.

Current Borough President, Melinda Katz declared that she will cleanup Jamaica during her campaign in 2013. This promise-breaker was also a councilwoman. Now she is vying for District Attorney.

Residents still have to deal with: Senator Leroy Comrie; former councilman. Other political gangsters: Daneek Miller, Adrienne Adams, Gregory Meeks. Currently in prison Malcolm Smith and Ruben Wills. These have been caught, others will follow suit.

After the history of promises and no action; there is no logic or reasoning to suggest,  these elected officials will resolve the problems. It makes absolutely NO sense to continue asking them.

Thus, in the first phase of,  DO IT OURSELVES, I am planning a fund raiser. More information is forthcoming.

Thanks for all who having been reaching out to me. I will not send e-mails as regularly due to time constraints, but I will diligently engage in cleaning up Jamaica.

You do not see this in any other borough of NYC - only Queens.

Time to 'Crowley' them people and get a spitfire in there like Occasio-Cortez.

I happily support anyone going and cleaning up their neighborhood. Best of luck to you.

The only thing you people need 'to do yourself' is to make the effort to elect someone else.

You pay taxes and you should expect more.

Dog your elected and make sure the media is there - protest the same way you protested in the 60s. Black Communities Matter too! Time to shame the Uncle Toms.

Race or nationality does not discriminate when it comes to blight and pollution and habitual slobs. You have to see what the tony tourist attractions East Village and Williamsburg looks like.

"If it's good for families, it's good for Queens". That's been the BPs platform from the beginning. But she really means "illegal immigrant families". The rest of us should just go away. We are not on her agenda. Where is the outrage? Why aren't the people of Jamaica protesting outside Boro Hall on Queens Blvd?

I beg to differ as places that were lost causes a few decades ago are making a big time comeback - not everywhere, but you see the trend. Look at Harlem, LES, Bed-Sty even parts of the Bronx.

Only in Queens do you see everywhere deterioration. Except for LIC where you get displacement, the entire borough of Queens is starting to look hideous and ramshackle - even the new places are starting to resemble 3rd world apartment blocks like you see in S America, Far East, central Asia. Surprise. These are people the Queens Democrat bosses think will sustain them because everyone who has spent any time here, no matter your background or color of your skin, know where they are coming from and what they are about. Time for a cleanse Queens, bigtime.

Anybody who votes for Katz or Lanceman for DA should have their brain examined. Greg Lasak is the only qualified candidate.

You were expecting your electeds to clean up Jamaica

THEY KEPT ELECTING THAT 'SOMEONE ELSE' AND NOTHING CHANGED. DIY IS THE BEST OPTION AT THIS POINT FOR MANY VOTERS.

Lasak is by far the only qualified candidate for DA. Let's hope County does the right thing and stands by him. A lot of district leaders have already endorsed others. We should be so lucky as to have Lasak.

You are so interesting! I do not judge I jazz show anything equal that before. So large to comprehend somebody with a few new thoughts on this income. Seriously.. thanks for play this up. This position is something that's requisite on the web, someone with a bit of originality! https://www.embromix.com