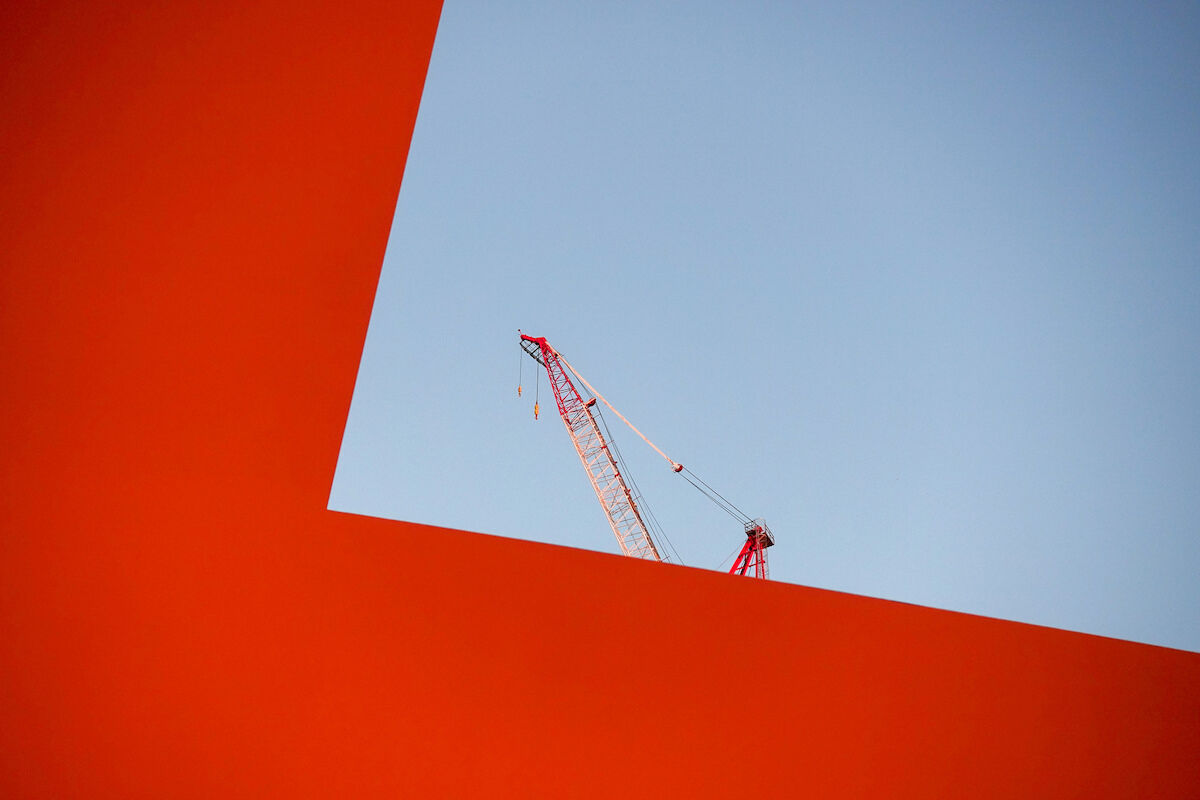 
First, they came for the graffiti artists. Now it’s a famed installation maker.

MoMA PS1 has temporarily closed an installation by the artist James Turrell after construction nearby crept high enough to be visible when experiencing the work, which is meant to offer an uninterrupted view of the sky.

“James Turrell’s ‘Meeting’ is currently closed at the artist’s request, and it will remain closed until the temporary construction scaffolding is no longer visible from the work,” the museum’s director of marketing and communications, Molly Kurzius, said in an email. The installation has been closed since Friday.

The construction in question is for a pair of luxury apartment buildings that are going up at 22-44 Jackson Avenue in Long Island City.

The real estate developer behind those buildings, Jerry Wolkoff, pointed out that the construction has been going on for a while. “Whatever I have there to my knowledge has been there for the last two years,” he said in a phone interview Tuesday.

The condos were already the subject of consternation from artists: They’re being built on top of what was previously the building known as 5Pointz, a warehouse once prized as a haven for legal graffiti. Last year, 5Pointz was the subject of a lawsuit when Mr. Wolkoff, who owned the building, was fined $6.7 million for painting over the works of 21 graffiti artists in 2013. The building was demolished in 2014 to make way for the apartment buildings.

First, they came for the graffiti artists. Now it’s a famed installation maker.

NY Times writers never pass up an opportunity to insert the reductio ad Hitlerum argument into every story.

Graffiti vandals. That's what they were.

I don't think so George. I presume because it is an act of the REBNY gods

Wah..wah..5 Pointz was special while it lasted, but was never meant to be permanently enshrined. It was interesting for its mundanity. Things change, and graffitiers should know and expect that as much as anybody.

This artist is being hyperbolic, petty and more than anything else, inconsiderate. This is public museum and they shouldn't have to close a room just because a informality. What should be done is to leave the space open for community and activist groups to freely assemble and have meetings. Or a place to educate special needs kids.

In fact, I assume that the majority demo who frequents this museum more is quite accustomed to seeing tower pestilence from their own shoddily built condos in their own heinous towers in LIC and along the east river encompassing the four boroughs. At least for the 2% of the time when they are not looking at and diddling on their phone screens.