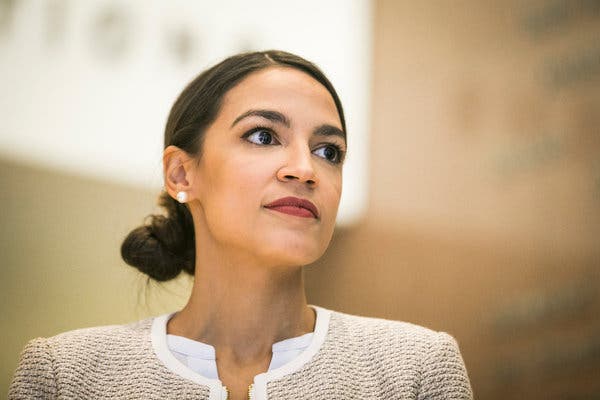 
Amid her zeal to save the world with the Green New Deal, Rep. ­Alexandria Ocasio-Cortez has ­ignored residents in her own Bronx back yard.

“I thought AOC would be our savior, but that’s not the case,” complained Roxanne Delgado, a local activist who said she has tried for months to get in touch with the congresswoman for help saving an animal shelter and to clean up parks in the district.

Delgado, 40, says she has made numerous calls to Ocasio-Cortez’s offices in Washington and Queens and sent a barrage of tweets after the freshman lawmaker encouraged residents during a recent visit to a Bronx public library to hit her up on social media.

But she’s heard nothing back.

“NO email or contact on @AOC’s page except DC number which has full #voicemail and no one picks up,” Delgado tweeted on Monday.

The Post made several calls to both the Washington and Queens offices last week. The same recording at both numbers gives Ocasio-Cortez’s Web site and doesn’t allow a caller to leave a message.

The website includes a “scheduling request” form that visitors can fill out to ask for a meeting.

Another Bronx constituent told a community gathering last month that they needed Ocasio-Cortez for a sitdown with post-office officials to sort out difficulties he was having with mail delivery.

“I want AOC or a representative from AOC to be there,” Anthony Vitaliano, a former cop and Community Board 11 member, said at a Feb. 28 board meeting.
Vitaliano, 78, also wants Ocasio-Cortez to pressure Amtrak to clean up graffiti at property it owns on Tremont Avenue.

“You know, I appreciate what she’s doing, but she has to represent us,” he told the board gathering, where other elected officials — from the city and state but not AOC’s office — sent staffers.

Whether you politically disagree or agree with her, like or loathe her, what this woman has done in three months is amazing and her minutes at congressional hearings are must see T.V. But the one thing Ms. Ocasio-Cortez seems to have forgotten with all the fame and attention she's achieved is that all politics are still local. 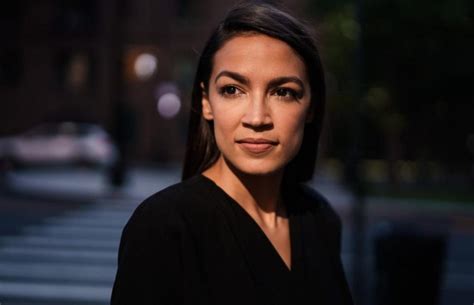 She won't have any time for the ghetto. The Bronx and Queens have no interest for her. She is moving on up to STAR status!

The waitress is practicing politics...

See her latest on the 22nd amendment and FDR

I think Occasional-Cortex has the IQ of a stuffed yak, but "saving animal shelters and taking care of parks" is not under a congressman/woman's purview.

She would be easily primaried.

Overall, I am a big supporter of AOC, but the warning is real. She rose as a local phenomenon and cannot forget that fact as she becomes wildly popular on a national level. The same people who put you in can get pissed and toss you out.

Come on people, we all know that the problem is not that she ignores her constituents, as all of us in Queens know, the hacks routinely do that to us as a matter of course.

Most people are interested in stopping overdevelopment, for example, not transgender issues or Latin American illegal health care.

The party is only interested in building its base, not the grubby business of helping communities.

The only reason these people are being heard is that the old school Democratic party is trying to undermine her.

NY is probably going to lose two seats in the next census. So hopefully they'll redistrict here ass

Someone should remind her that she beat Crowley because he lived in DC and Virginia full time. If she forgets, the Dem machine will give her a nasty reminder via a strong primary fight.

She doesn't need you serfs anymore. The lamestream media is happy to give her wacky ideas full attention.

Democrats only care about the national stage.

She young, charismatic, very funny, looks good, dances good and already has already attained STAR status. The Millennials and all the other stupid are gonna seat her and Bernie as president and vice president.

---Majority of voters now are as dumb as rocks and want to be taken care of by the government.

LOL! What did you expect? She's not in the job to serve anyone but herself, and certainly not in the Bronx. She's going to be the first Latina President, haven't you heard?

With all of her experience and intelligence,she’s gonna run in 2020.

the site for the animal shelter in the Bronx Was eyed by a developer with a well connected political loyalist, We reached out to AOC bc her campaign was about community interest over developer interest. She paid no mind. It also wasn't about cleaning parks but helping the Bronx groups that do the cleanups . Again she had no interest

Phony ass wet behind the ears liberal.
She's a "sympatico" Latina....only until she made the big time. Now....FU Bronx!
Movin' on up to DC. Finally got a piece of the pie!

That's no joke. Thanks to our liberal run educational systems all the brainwashed young people demanding will vote her right in.

I respect her hard work but I'm honestly not surprised. She didn't grow up in the Bronx or Queens - she grew up in Westchester. People keep calling her a "waitress," yeah she waited tables but she was already college-educated and had a job at a non-profit. So it's not exactly the "rags to riches" story people like to make it seem like.

And yeah not surprised she's not paying attention to locals now that she got her votes. So many politicians do that... Her Green New Deal is ambitious but action against climate change is definitely needed...but she can't ignore the day-to-day issues facing her constituents.