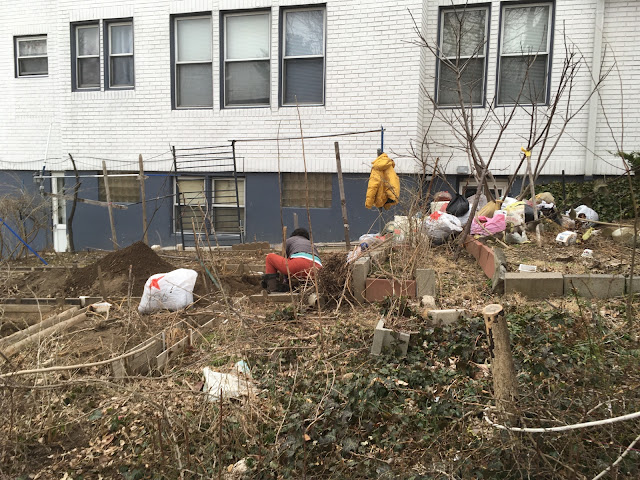 A reader sent this in.

Following reports that revealed the average person in Queens has to spend a whopping 83.7 percent of their income to be able to buy median housing throughout the borough, a study has placed twelve neighborhoods in Queens on a list of the top 50 priciest in all of New York City for 2016.

Broadway, a neighborhood within Flushing, was the next Queens neighborhood to appear on the list. The area ranked No. 28 with a median sale price of $944,000.

900k....of all foreign investor money. The real owner of this property probably doesnt even live there.

Folks in NYC resort to growing their own vegetables just to supplement paying their huge property taxes. That property located at 164th and Crocheron would have an annual rate of well over $10,000 per year. Gotta fund that $10 billion dollar prison some way!

I have a cousin in Philadelphia and used to say Philly stunk bad, now over 20 years later its the opposite, New York stinks, full of too many idiots, hipsters and immigrants who refuse to assimilate into America, all ruled over by an elite that does not care.
Was in Philly recently and wow, it has rough spots for sure, but its suburban and residential areas are very beautiful. Any non ghetto area in New York that is not in Manhattan is currently being taken over by "hipsters". I hate this city, I especially hate anyone who loves this craphole people think its a great town, you are an idiot. There is not a thing you can get here that you cannot get elsewhere, even New York pizza you can get elsewhere the same or even better.
Philly does have bad spots but also a lot of nice ones to flee the bad, New York used to have that too but overdevelopment ruined all of that.

This city has gone down hill so much. I don't understand why anyone would want to move here anymore. Idiot politicians, endless taxes, no parking, and constant traffic.

If quips are supposed to be funny, what's the title supposed to be riffing off of? Plenty of home-owners use their yards to grow things. Part of the yard in front of my house looks that right now too, minus the plastic-bags which insulate new plantings from any further dips below the frost point. It's unsightly, but it works. Those of my neighbors who'll be soon growing squash, tomatoes and such again often do the same. Better a bit of grass and plantings than another ugly concrete "driveway".


@first-Anon: The foreign investors are the ones who straight-up tear out their little front yards, sadly, and pave it over something ugly, the better to rent the ground floor as a separate unit with an illegal "driveway". But the Chinese who don't, I like to assume, are actually owners in it for the long-term....anyway, this place hasn't appreciated all that much if you look it up on ACRIS. It changed hands for 900 fourteen years back, but the Kaufman's got it for a song in '91 at 240!

@second-Anon: agreed, 10K's nuts for that. 2x as much as mine, and neither of our places should be rated as high as the City asks in the first place. What can you do but move or (try to) fight it, anyway. Time was there were B2's (2-Family Frames) all over Queens, and now some City-Hall algorithm thinks the place is 1.5 million! Maybe the land, maybe, but that's why we should be taxed on buildings, not land.

@third-Anon: Then head out to Philly and enjoy a slice? Sounds like you'll be happier..

And more to come, cousin!

Another Queens neighborhood in sharp decline.

The only entity that benefits as everything else decays is the Queens Democratic Party.

Spot on! Funny how the property taxes started going up, in some cases 45% or more.
I also know disabled elderly people who had their paperwork ignored and did not get the tax break. Very funny how these things just happen.
Tammany Hall v2.0

>Better a bit of grass and plantings than another ugly concrete "driveway".

foreign money is the reason for 1 million dollar house..
I'm sure if you live in that area, you don't mind that the value of the house went up like that. But if you don't, you will complain and feel bitter.. admit it.