Astoria Blvd. train station will be out of service for almost a year. 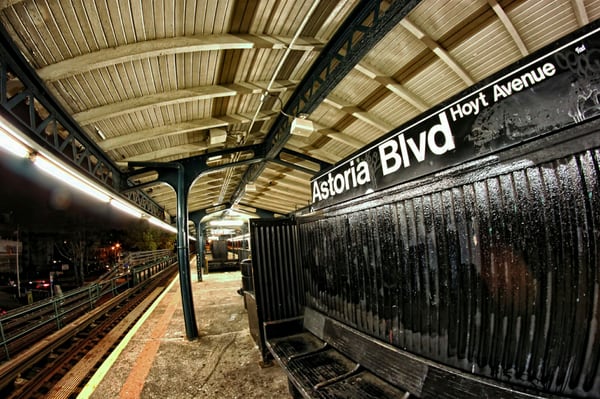 The heavily trafficked Astoria Blvd. Station will close for nine months beginning on March 17 so that the MTA can install several ADA-accessible elevators and reconstruct the mezzanine.

The station, which first opened in February 1902, served more than 13,000 Astoria commuters per day in 2017 according to MTA data, but it lacks ADA accessibility. The upcoming renovations include the installation of four elevators to service the station, as well as raising the station’s mezzanine in order to better accommodate street-level truck traffic.

“We’ve been on a steady march of improvement work on the entire Astoria Line to increase reliability and improve safety and the customer experience, and this elevator project is a huge win for our customers,” said MTA New York City Transit President Andy Byford. “Raising the height of the station is also vitally important for our train service and structure as well as the vehicles that use the streets below those elevated tracks.”

District 22 Councilmember Costa Constantinides said the single-subway line neighborhood was long overdue for an ADA-accessible station, after previous Astoria subway station renovations left much to be desired. Currently, none of the neighborhood’s N/W train stations have elevators.

“As someone who catches the train at Astoria Boulevard almost daily, I can tell you this station desperately needs the pending upgrades," Constantinides told the Eagle. "I'm glad to see the MTA finally decided to give in-need Astoria riders elevator access — only after doing vanity upgrades to four other stations when we explicitly requested they become ADA-compliant. As we move forward on the discussion about municipal control of the subway system, I hope future upgrades will account for the needs of the community, so people don't have to trek several blocks just to access an elevator."

Nine months? That is to laugh. Keep an eye on this Astoria, because it took four years to put up one elevator and new staircases at the Lefferts Blvd. station that I chronicled on for two years on Impunity City.
Posted by JQ LLC at 12:47 PM

Vollonians are a special coddled people always voting for 10 story buildings in the rest of their community board while going apeshit on a local building adding as story or a pizza parlor becoming a hooka lounge. You get the picture.

But their leadership is well into their eigthies. And 1980s for that coddled group will soon be the chill 2020s.

Now the bums will finally have a place to pee and put more crap in Queens.
Ya gotta love the pork- barrel that is. What? No more construction at the 61st Street, Woodside Avenue on the 7 train? That took about 15 years.

Chances are good it will be created from stainless steel and
will be manufactured for an impressive degree of quality. A great way to reduce the overall quantity
of expenses that a person will encounter while owning their particular property
is to end the exterior of these house with the proper material.
One more thing which is reduced with the installing
double glazed units, can be your carbon footprint, because you is going to be emitting less carbon dioxide emissions by as much as 28% because the level of fuel had to heat a building
is reduced.

I almost never leave a response, but I read through a few responses on "Astoria Blvd. train station will be out of service for almost a year.".

I do have some questions for you if you tend not to mind.
Could it be simply me or does it look as if like some of these responses look as if they are coming from brain dead individuals?
:-P And, if you are posting at additional places, I would like to follow anything new you
have to post. Would you post a list of all of all your shared
pages like your twitter feed, Facebook page or linkedin profile?

The featured power on the influence wrench.

Singing is not as straightforward as one might consider.

I introduce you My Singing Monsters hack.

Most laundry detergents do have these compounds.