Angry upper Manhattan residents accused the NYPD of unsportsmanlike conduct for towing their cars to free up parking for the department’s flag football championship.

Police, citing traffic concerns and accessibility for the disabled, towed 30 cars on W. 218th St. between Broadway and Indian Road prior to the law enforcement Super Bowl pitting the 40th Precinct against Midtown South.

But one Inwood resident said most of the newly-created spaces on the west side of Broadway were instead filled by cops going to the game.

“There were mostly civilian cars with placards on their dashboards or notes about the flag football game,” said local man David Thom, 44. “This was removal of cars for personal vehicle parking for officers.”


While the cars were relocated rather than ticketed or taken to a tow pound, it still outraged some locals who emerged to find the police had called an audible on their parking spaces.

“How can they do that?” said Anna Dominguez, 52, who lives in the area but was not towed. “You think you’re gonna leave your car here Sunday and everything is gonna be fine — and then you come back and it’s gone. Just because the NYPD wanted space for a game? They’re taking advantage of their power.”

Some cops left the notes in the cars to explain why they were illegally parked in crosswalks, in front of hydrants or in no parking zones.

Mayor de Blasio recently vowed a crackdown on placard abuse. But NYPD Commissioner James O’Neill said Tuesday there was no abuse in this case.

“This was a special event,” O’Neill said. “This was the flag football championship. The cars were relocated. Nobody was towed and nobody got a ticket.”

O’Neill did suggest the 34th Precinct could have done a better job getting word out about the towing.

“But there are special events all throughout the city, every day,” O’Neill added.


What a dick. Although he does reveal that the city permits too much privatization of the streets.

Look how many people showed up for this "championship game" 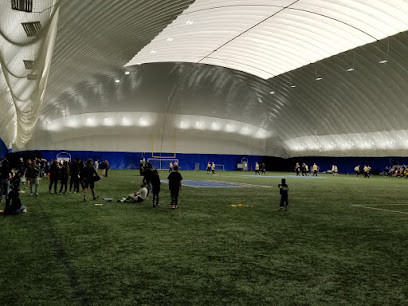 So this is strike one according to the Mayor's new placard violation laws. Right?

Another one I don't understand is the area in front of firehouses, where there is always no parking, and often there are lines painted in the street so that cars don't block the firehouse if/when there's a red light. However, there are always personal vehicles of FDNY employees parked in those "zones," on sidewalks, and in front of fire hydrants. If the fire engines can get in and out of the firehouse without hitting those personal vehicles, how come other people can't park there, too? Or, is the argument that, in an emergency, when time is of the essence, the FDNY employee(s) will go move their vehicle(s)?

Live with it, serfs.

The NYPD is very useless. I'm surprised they can even play football with all the running involved considering that half of the NYPD is made up of out of shape fatties who will only run if the 711 or dunkin donuts was having a major sale.

If most people even had the slightest idea of the sneaky liar unlawful shit the NYPD does behind closed doors..... even flat out in the open view of the public...

The NYPD are big time everyday criminals who never get caught because they choose who gets caught and who doesn't. They do drugs, they fuck hookers, they take bribes, they beat people the fuck up on less pedestrian traveled/back blocks. Theyre in with Dominican drug dealers, they will hitman for hire if the price is right. They'll bring you up on false charges for fucking with their wives or neighbors. They park wherever they want. They steal from suspects. The list goes on ad continuum.

We are better than you peons
Sincerely, NYPD

NYPD has done this forever. Funerals, golf outings, special lunches and dinners by different PD organizations. Just one of those special perks of being the people who are supposed to enforce the law.

Oh, I know (everybody knows) about the unchecked entitlement of the NYPD.

The difference this time is that social media exists and they still do this nonsense.

We need to go back to zero tolerance. Keep u you pieces of shit back in line.