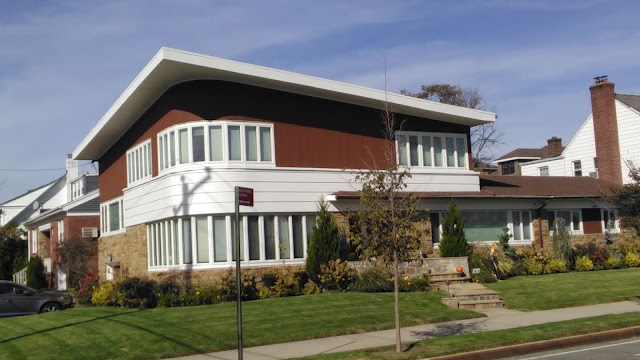 Many New Yorkers may dream of buying a home, whether it's a Brooklyn Heights brownstone or an almost suburban house in eastern Queens. But a new report suggests housing is unaffordable for the typical worker in all five boroughs.

In the report published Thursday, ATTOM Data Solutions crunched housing and wage numbers for 473 of the nation's more than 3,000 counties nationwide. It determined affordability by assuming a 28 percent maximum "front-end" debt-to-income ratio. That means a buyer purchasing an affordable home would not be spending more than 28 percent of their income on house payments including insurance, mortgage and property taxes.

Every New York City borough is considered unaffordable, meaning median home prices in the first quarter of this year were too expensive for average wage earners. That was the case in 71 percent of the counties that were analyzed.

The city's highest shares of income needed to purchase a median home were seen in Brooklyn and Manhattan, where a buyer needs 115.9 and 115 percent of the average annual earnings, respectively, the report shows.

Things weren't as bad — though still pretty dismal — on Staten Island, where the costs of buying a home eats up 72.4 percent of the average annual wages of $51,337, according to the report.

Home/co-op/apartment ownership in NYC has always been well below the national average.
Nothing new to see here.

Yep and you can blame it all on foreign investors who the government REFUSES to ban them from buying our properties here.

You mean government sanctioned money laundering? Spot on! High prices, high taxes! Win win situation for all.
This piece of shit Trump took care of the rest. Lowered the wage withholding tables giving the impression of a tax cut at the end of the year people get 10K or more in taxes that they owe!

I'm not understanding how and WHY ALL New York State grinding corruption, graft and monstrous greed STILL works in THIS, the second decade of the 21st century.

Case in point: Everyone who cavorts with City Hall's most INTENSELY CORRUPT administration of Mayor de BLASS-hole (who now has successfully surpassed the era of Boss Tweed and Tammany Hall——which now by comparison seems QUAINT!), is getting locked up for the long haul——EXCEPT this openly practicing criminal himself! People who offer him bribes get locked up——but, not the mayor himself for accepting them all. Likewise, Gargoyle Andy Cuomo (and his Albany criminal enterprise), who is connected with a cabal of organized crime sprees that nab everyone BUT the breeding point of all corruption and graft itself!

The reason why the price of living in New York is so prohibitive is because of the hyper-corrupt powers that be, all of whom are not practicing good government (much less leading by example), by way of egalitarianism, meritocracy and cultural relativism——the way Alexis de Toqueville modeled his policies when he arrived in New York City from France in the 1850s.

Get rid of the fraud and graft in our 300% false, fake and failed publicly elected system, and meritocracy, public trust, ethics, integrity, ACCOUNTABILITY and transparency will slowly (and naturally) return.

But, as long as we have THESE two rabid, crime laden Mongrels at the helm of an embarrassingly corrupt City Hall and Albany that now DEVALUES all honesty itself with a vengeance——and, the ever languishing public be damned!

❝In politics, nothing happens by accident. If it happens, you can bet it was planned that way.❞ ——Franklin Delano Roosevelt

❝Civil disobedience becomes a sacred duty when the state has become lawless and corrupt.❞ —Mahatma Gandhi

❝The urge to save humanity is almost always a false front for the urge to rule it.❞ ——H. L. Mencken

❝Propaganda works best when those who are being manipulated are confident they are acting on their own free will.❞ ——Joseph Goebbels

The media are the propaganda tools that fuel corporate fascism.

Believe nothing until it has been officially denied.

Most of the people who cannot afford to be here simply need to leave and live within their means elsewhere. Much of the rest of the country gets along just fine not being New Yorkers.

Interesting but is this really news? Except for perhaps during the post-war booms when redlining was rampant and loans were cheap (if you were a white male), and again during the high-crime era pre-Giulani, homes were never "affordable" compared to the national average within the 5 boroughs. You always had to have saved up more than you would have compared to what you get, say upstate or in PA or Jersey. Prices go up all the time, it's a symptom of being an area where there's high demand for land by real-estate interests all across the spectrum.

That said, I wonder who really benefits from the writing, let alone reading, of these seemingly pointless reports? Were a hypothetical couple trying to decide to buy within the City, maybe they'd read this article and then be plausibly persuaded not to? But most people who have already determined they want to buy property in the City to reside within will find a way to do so, regardless. If this article "scares off" anyone it's ultimately to the benefit of REBNY and REIT's.

The home I grew up in near Kissena Park cost $13 grand in 1954. It is probably worth $700,000 + or so today. There is no middle class/working class anymore in NYC. Maybe Mayor Fugazio can solve this problem by raising the minimum wage to $300/hour?

It's not a housing crisis as they would have us believe. It's actually wage stagnation and it's been going on for forty years! Add to that, the outrageous taxes NYers pay. The price of everything including homes goes up and up, but wages stay at the same levels because the bosses take the profits for themselves. They used to make 30 times the average wage of their employees. Now it's 300 times as much or more. And there's a dearth of workers? Gimme a break. If they raised wages, workers would come forward.

"It's not a housing crisis as they would have us believe. It's actually wage stagnation and it's been going on for forty years! Add to that, the outrageous taxes NYers pay. The price of everything including homes goes up and up, but wages stay at the same levels because the bosses take the profits for themselves. They used to make 30 times the average wage of their employees. Now it's 300 times as much or more. And there's a dearth of workers? Gimme a break. If they raised wages, workers would come forward. "