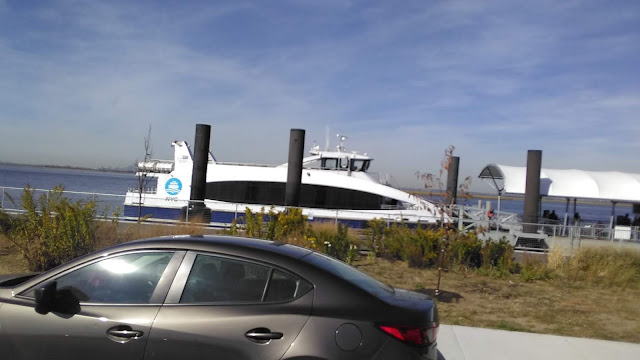 The city’s ferry system is taking taxpayers for a ride, with each individual trip costing $10.73 more than passengers pay, according to a government watchdog.

In a report titled “Swimming in Subsidies,” the Citizens Budget Commission said the $2.75 fare covered just about one-fifth of the cost of the waterborne-transit system.

And it’s nearly twice the $5.46 paid to subsidize each trip on the free Staten Island Ferry.
It was only a few months ago that city officials pegged the ferry subsidy at $7 to $8 a ride.

A planned expansion of the ferry system will hit taxpayers even harder.

A Coney Island line due in 2021 will need an eye-popping $24.75 per passenger from the city to stay afloat, the CBC estimated.

“They have created a ferry network that serves a small number of New Yorkers, is expensive to operate and requires a high subsidy that will only grow higher,” said CBC researcher Sean Campion.
The ferries carried 4.1 million passengers last year, less than the subways did in on an average day. 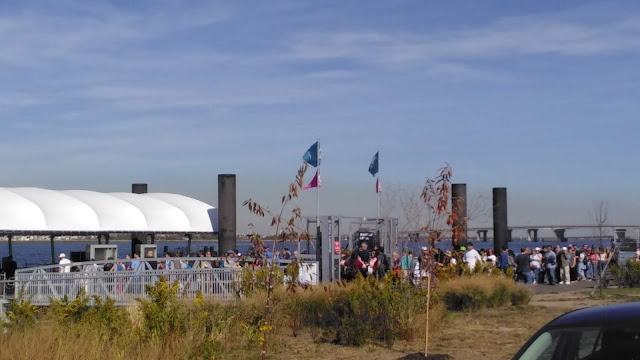 For every ferry ride, the CBC found, the city kicks in an average of $10.73 of its own funds to meet costs. Every ride!

That’s 10 times the average subsidy for the New York City Transit system. And double the one for the Staten Island Ferry.

And get this: A new route Mayor Bill de Blasio recently announced will run from Coney Island to Wall Street — and cost the taxpayers a mind-numbing $24.75 in subsidies for every ride.

Based on Kelly Blue Book figures, de Blasio could buy each regular commuter a late-model Jaguar XE and save more than $2,000 a year on each one. Or put three riders in an Uber: The cost of that trip at 1:30 p.m. Tuesday was $35. Even with a $10 tip, the city could save $5,000 a pop each year. What in the blue seas is he thinking?

We all know damn well this mayor has no modicum of fiscal sense or is even capable of thinking. But there is something that wasn't mentioned in the CBC report and that is the free shuttle bus service that acts as a transfer to and from the ferries that traverses east and west Rockaway... 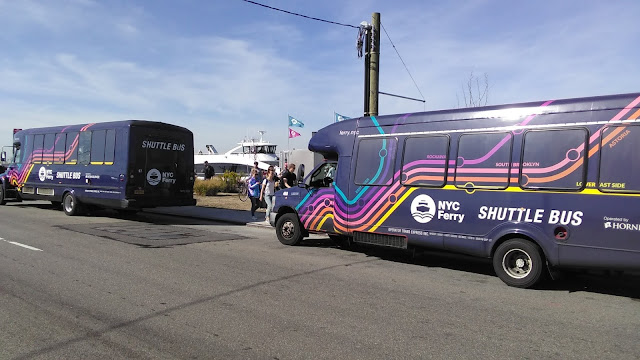 ...which are also operated by Hornblower 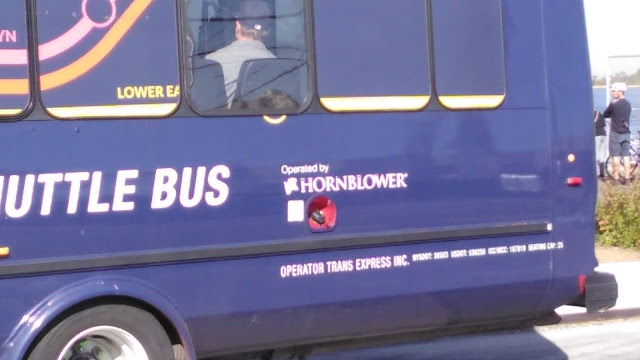 So much for a good idea. Too good to last.

Pretty wasteful! On an individual basis this will prompt me to finally take a spring-summer ride on one of the ER crossings soon. It really is pretty dang nice, from everything I hear.

Is the Mayor nuts? Well we already know the answer to that. But the other question is; Who in NYC or NYS government is honest enough to go to the books and report the item by item costs this boondoggle incurs each year and then do something to resolve the problem? The simple answer is : NO! Another reason why income and real estate taxes in NYC are astronomical.

Yea--- the union guys working the slips on both sides, captain and crew alone must cost $8000 a day.
Great job with a shitload of benefits for the lucky ones

Since NYC Ferry is operated by Hornblower, this isn’t a Union job. Everyone is a Hornblower employee and get no benefits of being a city employee. Pay wise most of the deckhands are getting a few dollars above minimum wage and the captains are making about $30/hr. The benefits are average at best, also you are working basically everyday especially during the summer. The Ferry job you want in the City is the Staten Island Ferry, that is where you are city employee.