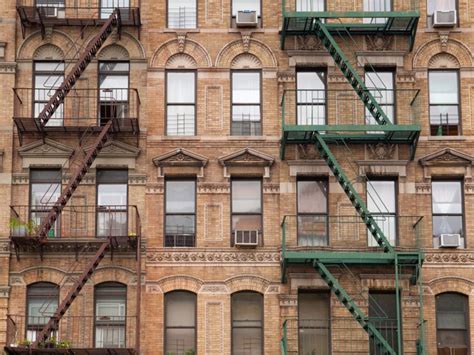 In the fall of 2013, when apartment 1E at 171 W. 81st St. was vacated, the owner did what landlords have done with tens of thousands of other rent-regulated units in the city. Stellar Management claimed it had spent a bundle on renovations, which—combined with the 20% rent increase permitted when a tenant leaves—allowed it to push the $647 regulated monthly rent above $2,500—to the threshold at the time to make it a market-rate unit. A few months later Stellar rented the Upper West Side pad to massage therapist Jonathan Saballos for $3,300 a month.


It seemed like a routine example of the steady exodus of such units from the city's pool of about 900,000 rent-regulated apartments. Except that in January, after Saballos lost his roommate and then his job and was taken to housing court by Stellar for failing to pay rent, a judge ruled that apartment 1E shouldn't have been deregulated at all.

In the written ruling, Judge Sabrina Kraus of Manhattan Civil Court determined that Stellar had inflated its renovation costs of more than $71,600 by almost $45,000—including $3,500 for a bathtub that was never installed—and had overcharged Saballos at least $41,193. The judge ordered the owner of the 20-unit building to pay triple damages—$123,578—and place the apartment back into regulation with a monthly rent of $1,524.

Housing advocates say such episodes are common in a system where loopholes and lax oversight practically invite owners to pull units out of regulation. A review of several lawsuits against Stellar reveals how expensive or dubious renovations enabled the owner to convert rents to market-rate.

"The city or the state doesn't even know how many illegally deregulated apartments are out there, because they're only really examined when cases like this come up in court," said Mark Hess, an attorney who represented Saballos in the eviction proceeding. "Stellar thought it was going to be business as usual and they were going to throw my client out of his apartment. Instead we called them out."

Stellar is appealing and will not comment on ongoing litigation, said a spokeswoman for the company, which owns roughly 100 buildings, most of which are in the city.

Allegations of abuses by landlords are not new. In one high-profile case last year, the Associated Press reported, the family business of White House adviser Jared Kushner failed to disclose rent-regulated units in buildings it owned, then began disruptive renovations that some of those tenants saw as an effort to push them out. Kushner Cos. blamed a third-party document preparer for the erroneous filing and said its renovations were proper, but the episode led to a fine, a lawsuit by tenants and City Council legislation to deter harassment by construction.

Less focus, however, has been given to the method used in Saballos' case, which may have allowed landlords to improperly deregulate tens of thousands of city apartments—and even more of them legally.

I believe that the time-frame to challenge deregulation is four years from the time the apartment was deregulated. After that time, the deregulation stands, even if it was done illegally.

FYI too bad the author doesn't know the correct agency..it's DHCR not HCR.
Dept of Housing and Community Renewal.

Call it what it is....RENT GOUGING!
If a torturer gouged out your eyes...is it do to inflated interrogation costs? C'mon...,boys n girls!

I was lucky or clever enough to have excellent landlords since 2007, but many landlords hire illegal immigrants who do an absolute garbage job because have no skills and no work ethics. After that the landlords claim that a proper job has been done in order to increase the rent. This is yet another example not only the illegals ruin the job market for decent legal and licensed firms but how it affects legal tenants. The problem is illegal immigration - a very profitable business for public employees and certain private entities. Same about restaurants, college maintenance and virtually any other low skill job in the "great" state of NY. Public officials know this, interested private entities know it too, but the stupid new york voter..

The fallout from the 1994 Governor election continues.

This is what happens when people ignore their own best interests and vote their fears and prejudices.

This city has lost over 300,000 truly "affordable" apartments. For the first time in our history average New Yorker's are paying 2+ weeks toward housing -mostly rent or else living with more people than the apartment was intended for. Dorm conditions.

This ripples throughout our local economy by impoverishing those of lower wages even more.

The republicans f-ed us royally. Now they they are gone, I suspect the Dem's will be getting some of that landlord money.

NYC SUCKS. Why do most of you even stay anymore. It is a BIG COUNTRY and even bigger world. Many places to live where people are not on top of each other, it is super expensive, so damn filthy, an awful public transportation system and constant vehicle congestion.

I moved out and never looked back and will never come back, even for a visit. Completely OVERRATED CITY and not even close to the "greatest city in the world. Even Broadway sucks with juke box musicals, awful plans and constant revivals. NYC, like San Francisco has been destroyed by GREED.

@ Rob in Manhattan, you are living on planet utopia. The problems in the city are evidently linked to the far-let politics of the current mayor plus the three mandates Democratic governor. Wake up