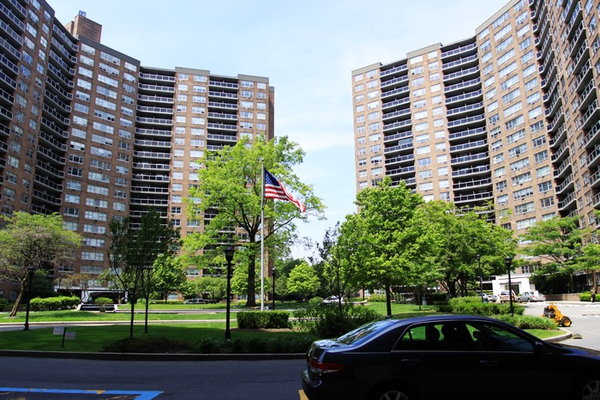 The mammoth private equity firm that bought a rent-stabilized Queens housing complex last year has agreed to pay $1.1 million in refunds to tenants after it found they were entitled to rent reductions, the Housing Rights Initiative revealed Friday.

The Blackstone Group, which acquired the 1,327-unit Parker Towers in Forest Hills last November, conceded that 110 units there should have been getting reductions, according to the non-profit housing watchdog, which is embroiled in a lawsuit with the Manhattan-based, multinational company.


The Housing Rights Initiative, being represented by the Newman Ferrara law firm, said the average rent reduction will come out to $230 a month.


It filed a class-action lawsuit over rent stabilization practices against the complex’s former owner, the Jack Parker Corporation, alleging the company illegally deregulated apartments despite getting tax breaks under the J-51 exemption and abatement program, which requires owners maintain rent-stabilization.


When Blackstone took control of the property, it assumed responsibility. Blackstone did not immediately respond to a request for comment.


The Housing Rights Initiative lauded the victory Friday, but said more needs to be done to rectify the situation.

Congratulations to the tenants of Parker Towers and great job by HRI and the persistent Aaron Carr. And even to Blackstone, as is wont of these equity firms to continue frivolous and tormenting court battles to squeeze every penny and crush every soul trying to hold on to their residences, that saw the criminal machinations of the last company and paid up. Very rare good news regarding the housing crisis still festering in the five boroughs.

Blackstone is a major vulture landlord and owns hundreds of thousands of units spread between foreclosed upon homes and large multi-family complexes. Who are the greedy mofos who invest with these equity overlords? Would you surprised to find out many private and public pension funds, including TIAA?

As a 30+ year resident here, I suggest a full investigation into every single market rate apartment in the complex.

Nice, a positive bit of news.

You're right, they are still a predator, and they may have agreed to settle to save face and clean up their image. Also that many pissed off people are more cognizant of their business model.

This corporation is still wrecking lives and towns. I wonder how many homes they own in Southeast Queens.