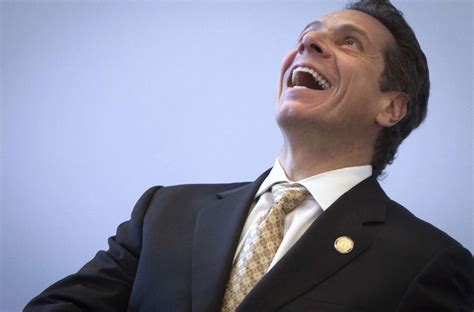 After weeks of intraparty bickering, the New York State Legislature and Gov. Andrew M. Cuomo on Sunday signed off on a $175 billion budget that was wreathed with progressive initiatives, including changes to the cash bail system, a new tax on high-end homes and a groundbreaking plan to charge motorists to drive into Manhattan’s busiest stretches.

The budget deal was immediately hailed as “transformative” by Mr. Cuomo, and it will clearly have an impact felt far beyond taxpayers’ wallets. The agreement included deals that will likely change the way millions of New Yorkers shop, commute and vote: bans on plastic bags from retail stores, billions in new funds for New York’s troubled subway system and a new paid three-hour break on Election Day.

The budget’s progressive theme was a victory for Mr. Cuomo and the newly elected Democratic majority in the State Legislature, most notably Democrats who helped give the party control of the State Senate for the first time in a decade. They largely lived up to pledges to address big money in politics, raise taxes on the wealthy and overhaul a criminal justice system that disproportionately targets minority communities.

But the deal announced in the wee hours of Sunday morning also showed the limits of those
campaign promises. Activists criticized a plan to empower small campaign donors as halfhearted. A measure to tax luxury homes was refashioned at the last minute after the powerful real-estate industry intervened. And, perhaps most significant, hopes for legalizing the recreational use of marijuana were dashed, though lawmakers could still approve that later in the legislative session.

Still, for veteran observers of Albany, the sheer variety of issues settled since January — from infrastructure to the environment, from voting rights to transgender rights — was a relief from years of divided government, when interests of Republicans in the Senate often stood in contrast to the state’s overwhelmingly Democratic electorate.

“The process seems very similar,” said Blair Horner, the executive director of the New York Public Interest Research Group, and a former aide to Mr. Cuomo. “But the product is obviously very different because you have a new majority in the Senate.”

Most of the deals announced on Sunday were largely made behind closed doors, and left to the 11th hour: Voting was likely to push right up to, and perhaps past, the midnight deadline.

Chief among the new policies was congestion pricing, which is likely to affect the habits of anyone who works or plays in Manhattan. Under the plan, the first of its type in the nation, vehicles traveling below 60th Street will be subject to a toll, revenue that will be funneled into the city’s beleaguered subways and other regional transportation needs.


Another saw a proposed pied-à-terre tax, an annual recurring tax on second homes that were valued at $5 million or more, eliminated. Although the tax had the backing of state leaders, it evaporated under pressure from real estate interests and legal concerns.

In its place, lawmakers and Mr. Cuomo agreed to a “mansion tax” coupled with a real estate transfer tax, two one-time levies that would be charged at the point of sale on multimillion-dollar homes. The tax rate would top out at 4.15 percent on the sale of properties worth $25 million or more.

A plan to ban plastic bags in the state was also included in the budget, but it makes a fee on paper bags optional, which some environmentalists worry will lessen the popularity of reusable bags. New York would be the second state, after California, to ban plastic bags. (Hawaii also effectively has a ban in place, since all the state’s counties bar such single-use bags.)

Gov. Cuomo just scored a 40 percent pay hike — and it’s not even the Legislature’s biggest gift to him in the new budget.

A six-member Traffic Mobility Review Board will fill in all the devilish details on the new tolls for driving in Manhattan below 60th Street — and it’s clear that Cuomo will dominate that panel while preserving his deniability.

The Cuomo-controlled MTA board will get final say over the tolls, as well as how the revenues are used, new MTA Chairman Pat Foye announced. That guarantees the gov will get his way.

Mayor de Blasio and the City Council thus wind up with zero power over the new tolls in the town they supposedly run — and no say in how those funds, or the take from new “mansion taxes,” get spent. Yet these are all revenue sources that city agencies, not state ones, should control.

The gov also won the ability to remove unruly members from the state’s Public Authorities Control Board — further increasing his power over millions in state grants.
A new commission will draw up the framework for public financing of state campaigns. Bet that Cuomo will either call the shots, or see that the whole thing blows up if he doesn’t like the results.

With the passage of this budget, Albany has created a gubernatorial monster.

I have to wonder at the original context of the title photo..it's a great angle, LOL.

They pass a congestion tax and so they can suck money out of Queens to give Manhattan even more public transit options. Will our borough even see a penny of it?

And yet, not a single word about a progressive commuter tax to make the rich Long Island and upstate commuters paying their fair share. Why is it entirely on the back of poor Queens dwellers? (Queensites?)

People of NY deserve this.

The state of Florida has one more million in population, no state income tax, yet its annual budget is less than half New York budget.
New Yorkers are fleeing NY to Florida, not the other way around.

Cuomo has ruined the city and state. He stinks to the high heaven. His liberal pandering is killing the hard-working law-abiding citizens of our state. And to boot, he gives himself a huge raise. For what? Disbanding a corruption commission? For making people pay through the nose for driving into Manhattan? For making it impossible to do grocery shopping? For seriously considering legalizing marijuana so that our city is overrun by potheads? You can't walk a block anymore without being overwhelmed by the wonderful aroma of skunk weed. People are walking around with their trousers hanging down so far that we can be entertained by their beautiful asses. And let's coddle the criminals so that we don't offend their racial sensibilities. Maybe any person of color should be allowed to do whatever he or she wants, no matter how illegal, because we owe them reparations for slavery that was abolished 157 years ago. Maybe there would be no cause to complain about police actions if they just obeyed the law. By the way, how come Sharpton doesn't complain about the behavior of the madman (who just happens to be black) who brutally murdered an innocent young girl who had the audacity to jog in a park area in Howard Beach. Wasn't her civil rights violated? Where are the protests? He is as full of excrement as our illustrious governor. Only an idiot would vote for him for anything.

The voters want it, they keep electing these assoles.

Just lie back and think of England

with the blessing of the stupid New York voters..

I HAVE NO MORE FAITH IN THIS STATE OR GOVERNMENT.

SCUMBAGS. ALL OF THEM.

People of NY,citizens and illegal aliens deserve these SCUMBAGS.

Everyone voted (or didn't bother to show up on election day) for this. What are the complaints about? When liberal democrats were given complete control of the state government by the voters, what did everyone think was going to happen? This is the democrat utopia that we were promised. This is what we wanted and what we deserve.

The funniest thing is that everyone will complain about this, and then go back and re elect the same people next election day.

If you stayed home or didn't vote then YOU made this possible, YOU voted for these asshole thieves...

Guess what? All the voters who provided GIuliani and Pataki with the margin of victory left during the financial crisis.

He is his father's son! You keep re electing him and many, many others just like him and you get what you vote for. That's it, run to Florida, I'm sure they want you!

You get the government you deserve. Cuomo and Di Blasio were re-elected by the people of this state and city. You made your bed -- now lie in it. The middle class are leaving in droves. Who will pay for everything once we're gone?

"His liberal pandering is killing the hard-working law-abiding citizens of our state."

That's the point. They want to make family life or traditional values impossible to maintain. They want to mortify you, so that you'll sell that big property. Then the non-union construction crew comes in, tears it down and erects a brick traphouse for illegal immigarnt asylum...

"By the way, how come Sharpton doesn't complain about the behavior of the madman (who just happens to be black) who brutally murdered an innocent young girl who had the audacity to jog in a park area in Howard Beach."

Because if Sharpton is anything like the NY Times, he thinks that the black boy (who was in the area, confessed to the crime, and had his DNA at the scene) was innocent. Yes, the NY Times actually refferred to the Howard Beach murder as "still a mystery", even after the conviction this past week.

NYC is done put a folk in it !

Cuommonism for Cuomolexuals! This is what happens when you let Mario require bottle deposits and grannie bottle collectors. Now you got deBlasio banning the flushin gof toilet paper, just like the Whitestone Greek church bans Flushing toilet paper for nostalgia sake. Next is outhouses for everyone!

I think I escaped just in time. Such fond memories of what used to be but, sadly, is no more.
Greetings and best wishes from sunny Florida !

Already have that, the guy with the tents in Corona has wooden shed with 2 compost toilets and a solar shower in a Bioswale.
Its very environmental friendly and much cheaper & party friendly then a hotel.