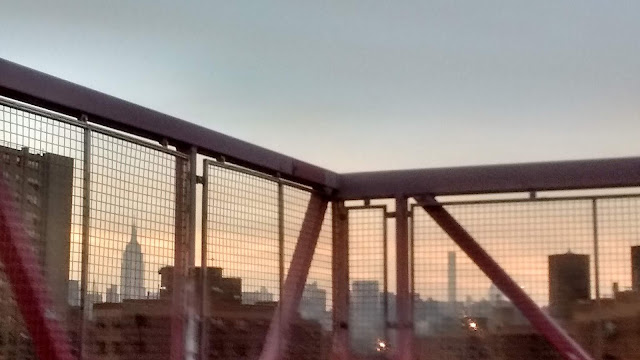 Following a week in which three construction workers died in separate workplace accidents, a city councilman is renewing a push for the implementation of a construction safety training law passed in 2017.

City officials put out a statement Saturday that Gregory Echevarria, 34, died around 3 a.m. after being crushed by part of a crane he was helping assemble at a construction site at 570 Broome Street, in SoHo, as reported in the Daily News.

Brooklyn Councilman Robert E. Cornegy Jr. later that day released a statement calling Echevarria's death a "reminder of the importance of implementing the construction site safety training mandates of Local Law 196 of 2017, which will be a vitally important way to prevent future fatalities like these."

Cornegy called the string of construction deaths in the past week a "chilling reminder of the danger the men and women who build our city are subjected to day in and day out." Before the SoHo accident, a window washer was killed by a falling piece of stone last Monday in Midtown, and a construction worker fell to his death on Wednesday while placing bricks on a work site in Brooklyn Heights.

The private construction industry was responsible for the largest number of workplace fatalities in the city in 2017, according to a January report from the federal Bureau of Labor Statistics. There were 20 fatal injuries on private construction sites, representing about a quarter of the city's workplace deaths. There were 21 construction worker deaths in 2016. Construction-related injuries on job sites in the city have increased from 526 in 2016 to 744 in 2018, according to the 2019 mayor's management report.

Construction workers have been dying on site for decades----it took them a while to notice.

Not sure for that site, but the contractor has a record of using non-union.
You should see what it looks like there. This city is permitting super density tower building. They are really squeezing them in there. I think the reason for these new condos is because Google is expanding in the area and Disney also.