Queens has good tax value (whatever that means) 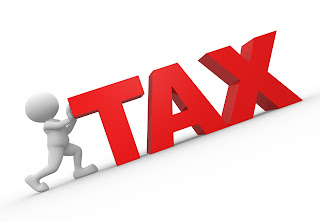 Queens ranked ninth out of New York state’s 62 counties and was one of two counties within the city to make it in the top 10 in terms of value.

In comparison, the statewide average rate for property taxes is 1.65 percent, according to SmartAsset. Outside the city, tax rates in New York counties exceed 2.5 percent.

Well, it certainly seems we get what we pay for, doesn't it? (end sarcasm)
Posted by Queens Crapper at 6:18 AM

And if you adjust for the city income tax, which is what we have instead of a commensurate property tax like almost every other county in the USA, those numbers probably won't look so hot anymore. Add to that further what was under counted in crime due to the recent decriminalization of low level offenses.

And Brooklyn (midwest and northwest of the borough to be precise) still gets more civic services from the city despite being less productive.

SO....,Archie Bunker was smarter than all you hipster liberals thought....living in Queens. The horse LAUGH is on you!

Whoa.....does that make Queens a target for a wave of eager emigrants from other boroughs? Better that we were a well kept secret. There go your property taxes with an influx of home buyers raising prices!
RIP Queens....too good a thing to last.
And here come more developers building to house the onslaught of the herd.

It means that city officials have access to a big pool of $$$ that they can misspend.

Can this site and its readers ever just except some positive news. I can be as sarcastic as the next guy but hey at least where I lay my head admittedly in beautiful Bayside the schools are good, good public transportation, good restaurants/bars, parks, and they pick up the garbage twice a week including bulk items. There are plenty of places upstate that I know residents take their own garbage to the dump.

Evey now and then its good to reflect on some of the good things that we actually have going right. Have a good weekend.

Don't worry the crime rate will be fixed with all the shelters and mini jails.

It is a great value for low income seniors living in a modest home and those who work off the books and pay no city income tax.

So this just means we're the most fleecable sheep, right?

"Evey now and then its good to reflect on some of the good things that we actually have going right."

If only that was easy in the Dirty Southeast Queens, Flushing and the urban decay, wandering mentally ill men, brittle infrastructure and out of scale hyper development happening in the towns traversing Queens Blvd.

It's not all wine and roses like in Bayside. More power to you.

Don't listen the Bayside guy. Complain, New Yorkers! It's last damn Right you have in NYC. Overdevelopment is going on all over the North Shore of Queens; Whitestone, Bayside, Bay Terrace. What was once a bucolic shorefront group of communities is being overrun by mega developments, both high rise and low rise. This will eventually increase your already astronomical real estate taxes. I left this part of Queens years ago when I read the handwriting on the wall. Glad I did. Miss my friends and the old days but the New Yorkers who now live where I live feel just like me. No looking back and glad we did. Abandon all hope ye who have decided to stay!