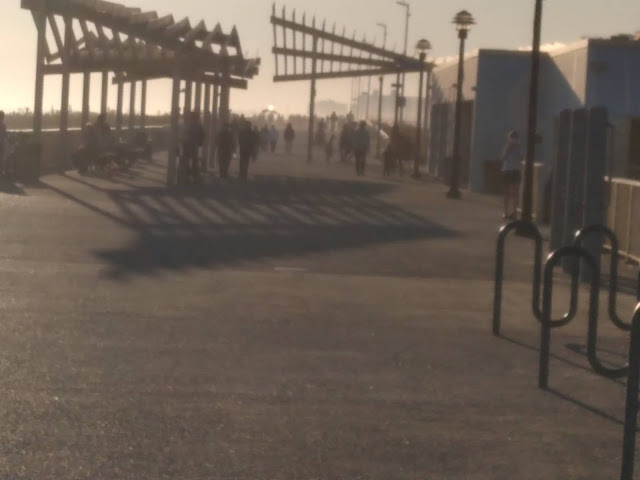 A decision to award a 15-year Rockaway Beach Boardwalk concession contract to a new company could result in the eviction of a handful of beloved boardwalk businesses, say worried beachgoers and eatery owners.

The New York City Parks Department has contracted with Rockaway Beach Bazaar LLC, a company formed by the owners of Brooklyn Bazaar and nearby Riis Park Beach Bazaar, to renovate, operate and maintain three beachfront cafes, one shop and 20 additional units for the next decade and a half. The properties include the popular bars and restaurants Rippers, Low Tide and Caracas.

The LLC outbid Rockaway Beach Club, a coalition of local business owners that won the contract to operate concessions at Beach 106th, Beach 97th and Beach 86th Street in 2011. The Rockaway Times first reported on the contract.

The longtime tenants and many of their customers say they worry the new operator will evict the eateries or raise rents.

The store is located on Beach 91st Street, about two blocks from the boardwalk, and opens occasional pop-up shops outside Rippers. “It’s because of them that so many of us have had the times of our lives on the Rockaway Boardwalk,” Zingara said.

Zingara’s post also described a concern among many boardwalk businesses: even those offered leases to remain in their beachfront buildings may lose control of bar sales, a crucial moneymaker.

“This would crush their business,” Zingara said. “And what about the dozen or so other small businesses that operate in the concessions ? Where will they go?”

The businesses in place have weathered COVID-19 and helped restore the boardwalk in the wake of Hurricane Sandy, said Rockaway resident Sarina Parachini, whose husband owns Rippers, located near Beach 86th Street.

“These are all Rockaway businesses owned by people from the Rockaways,” Parachini said. “We just got through COVID. We were on the boardwalk for Sandy, we rebuilt after Sandy in a huge way.”

As I documented here for a few years now this LLC, which has had almost as many name changes as Eric Prince’s war mercenary corporation Blackwater to adapt to the times and also to cover for their past failures from their own bottom line decisions, got tasked by NYC Parks and National Parks Service to “revitalize” Riis Park with their annual summer event of upscale foodie and leisure lifestyle culture consumerism. And as I observed and reported, while it did much to rejunivate the boardwalk with new concessions which included the restoration of the Riis Park Bathhouse, there was absolutely no improvements to infrastructure or even basic environmental maintenance like a sufficient amount of garbage cans or even intermittent collection of trash which piled up like sand dunes at the end of the night.

And after all that prospective allure the concept of the Riis Bazaar LLC conveyed, many areas and public amenities remained in ruins during their time here.

The only revitalization that occurred in Riis Park only happened where the Bazaar’s concessions were set up and it was never more pronounced than this year of the pandemic.

Isn't this called Monopoly and illegal ?
Just like Times Square (Disneyland) and Junkyard stadium. These bastards will set the product, the prices in every shed, concessions & storefront and lock every private business owner competitor out.
Like the Yankee and Junkyard stadium now, $14.00 for 2 shitty hotdogs and a Coke. Watch $30.00 parking concessions in public lots come next.

I haven’t smoked this much weed since high school. Everything sucks.

I thought Zingara was evicted last year from her low rent store. oh well, Rockaway has gone back to it's ghetto roots.

Only in NYC could we have beach front properties going to waste.Riis Parkland has gone to waste for many years now.Same story no funds,no manpower,just neglect.Great country America.We give all our money for foreign aid to countries that hate us and still they all want to come here.Why?