Food for thought on density 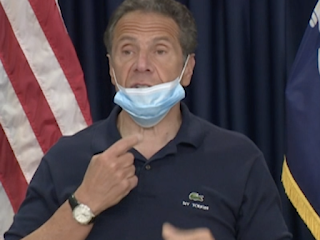 Crowded houses and apartments are often cited as a source of spread, particularly in Los Angeles, which has some of the densest neighborhoods in the US Households in and around LA often have several generations — or multiple families — living under one roof. Those tend to be lower-income areas where residents work essential jobs that can expose them to the virus at work or while commuting.

This is exactly the pattern in NYC as well. High income areas, where 2-3 people live together in an apartment, such as LIC, Greenpoint and most of Manhattan, have low spread. A lot of people living together in a small space is going to encourage spread. When Cuomo talks of this being a virus of density, he means the city as a whole. But it's the indoor density that counts.

But also remember that for decades the city's position was that if you push for lower zoning in neighborhoods where illegal conversions are rampant, or demand enforcement of existing occupancy codes, you are a racist. We have groups now pushing for legalizing cellar and attic apartments, which in many cases have no ventilation. This isn't going to stop the spread, but rather encourage it.

Remember this as the dope-a-crats chide people over wearing masks and wanting to eat indoors. This entire pandemic response is a classic case of tweeding in lieu of actually governing effectively.
Posted by Queens Crapper at 2:51 PM

People in dense areas (and forced to live in dense conditions because of low wages) should be next in line to get the vaccine.

That's if the state and city is capable of dispensing it.

No vaccine, he can have mine, one question though,

WHY IS THIS CORRUPT POS is not in front of a MILITARY TRIBUNAL yet?

The New York State Assembly proposed a bill to detain “disease carriers” the Governor deems “dangerous to the public health.”

The bill was authored by N. Nick Perry, a Democrat member of the New York State Assembly.

Are these people dealing with a full deck?

Enjoy your new bosses, the new system.
Approve of bribery, pedophilia, and FRAUD.

Wait till Biden is replaced by giggling, phony Harris, who flunked the Dem primaries but has been dragged in as a "woman of color" - from dementia to derision.

Don't give up, ppl. January 6th is the time to show Congress that you want free and fair elections. Yes, the swamp is deep and wide. They are being exposed, and can't admit that they are puppets for China.

Dope-a-crats? I'm not a Democrat, but this level of political — let's call it — discussion has pushed one subscriber out the door.

Bernie Sanders is telling the truth.
Is not about parties and politics, is about corruption and corporate socialism.

Trump is right! So is Bernie!

So the Moderna vaccine is an operating system.

I'm not saying it, Moderna is saying it.

Wake the F up people before its to late!