Crappy told you so 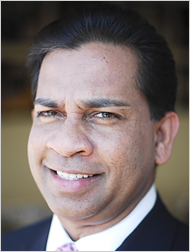 Mr. Baldeo was asked whether he might have an interesting in running for office again. “Certainly,” he said. “Would I appreciate their support? Certainly. Do I expect good will from helping the party? Well, it stands to reason that someone loyal to the party would be rewarded. But for now, I’m focused on the success of the party.”

In the interview, Mr. Baldeo said he lives in the district represented by Assemblyman Anthony S. Seminerio, who is now the target of a federal corruption case. But he did not specify the position he might wish to seek.
Posted by Queens Crapper at 12:21 AM

he's registered to vote in michele titus's district unless he recently moved.

An opportunist of the first order.

The hacks are not in to serve you, but to make money.

Use that mindset everytime you hear them talk.

WHATTA YA TALKIN" BOUT...HEY, A DEALS A DEAL. YOU DROP OUT OF DA RACE AGAINST JOE AND WHEEL GIVE YA TONY'S SEAT.

Baldeo is a dirty as the queens machine. Flip flop pig

why hasn't he been approved for a judgeship yet?

There was a time when Albert Baldeo would bad-mouth his Democratic rival - City Councilman and state Senate candidate Joseph Addabbo - to anyone who would listen.

But the Senate Republican Campaign Committee, seeking to thwart Addabbo's challenge of veteran GOP state Sen. Serphin Maltese, wants voters to remember what Baldeo once said of the man he later called "my friend and colleague."

Over Labor Day weekend - shortly after Baldeo's surprise endorsement of Addabbo - an anonymous mailer appeared in the mailboxes of residents of the 15th Senate District.

The mailer also highlighted anti-Addabbo statements Baldeo made on his Web site, which criticized the councilman for voting to increase taxes and supporting the recent 11.5% water rate hike.

Addabbo (D-Howard Beach) has pledged to run an issue-based campaign. But the GOP mailer - which was sent by the GOP Senate campaign committee

Baldeo blog says he is still running for State Senate

This is an attack blog against Addabbo before Baldeo made his deal with the Queens machine
http://joeaddabboagenda.blogspot.com/

didn't Baldeo threaten to run against Addabbo if he did not get his judgeship? They shot him down. Now they are looking into giving him tony's seat in return to shut him up. Wow, I guess if was a prick, blackmailer, and extortionist, I too can get a public office seat. hmmm

Mr. Baldeo currrently lives with his wife on 122 place in South Ozone Park. The problem lies with the fact that Baldeo owns several properties and so does his brother Phillip. The properties they own are in the 38th district. But lets make this very clear ALBERT BALDEO lives on 122 place with his family.
But he is known for his games and his lies. So be very weary of what he does and how he does it because he does not play by the rules. He is on a quest for power and that is it. He has no desire to help us nor has he done anything for us, the community, in the past.
The fact that Addabbo has been in bed with Baldeo has caused many of us to change our votes and we are voting for Serph now.
YOU DO NOT WANT BALDEO IN OFFICE TRUST US ON THIS ONE.

Last poster, why don't you do a write in for yourself, since you have such a hatred for Baldeo? Some of us are very subjective and unfair. Seminerio's district happens to be a natural base for the Baldeos. They have strong bases in that district. Where do you want him to run-in Long Island? Seminerio, I think, is Baldeo's tenant. Apart from his legal practice, Baldeo has been very active in the community, lobbying for better education, quality of life issues, the environment, air quality, social injustices, jobs and wages and health care. I hate to see perverted posts like some on this blog. Albert is a reformer, and will fight for the grass roots, working families and seniors.

How many of us could have done what he did? Opportunist my foot. Baldeo should just use his resources and talents to further his personal interests and leave some of us to the so called leaders we deserve-the Seminerios, Gallaghers and Malteses. Screw these losers, Albert. You don't need to help them! Bigots will always find a way to exclude those who can help them-for obvious reasons. March on foreclosures. Let's keep the empty heads in place.