South Queens, home of the highest COVID positive cases in the city, finally gets a vaccination site 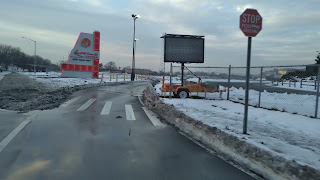 The new vaccination center at the Aqueduct Race Track, the sole state-run site announced in Queens, will bring much-needed relief to the neighborhood, which currently has the highest positivity rate of all New York City ZIP codes at 15.94 percent as of Friday.

Its two adjacent ZIP codes in Ozone Park and Richmond Hill have the second- and third-highest rates in the city.

The distribution site will open on Monday, and will fill a void left in the surging heart of the second wave left by the city’s vaccination sites, which do not extend into South Queens west of the Van Wyck Expressway. Community leaders in South Queens, who had been watching the positivity rate increase at an alarming rate for months, have been critical of the mayor’s decision not to include Richmond Hill or South Ozone Park on his list of priority neighborhoods.

The new site’s announcement, however, left some residents confused because it does not show up on the city’s Covid site map, leading them to wonder whether they were eligible. It seems to be the latest in a gap of communication between the city and state’s vaccination efforts.

In a meeting of the Ozone Park Residents Block Association and Cityline Ozone Park Civilian Patrol on Thursday night, President Sam Esposito said that the city Department of Health and Mental Hygiene Queens community liaison did not have the eligibility information on the site when he had asked him about it.

“The mayor and the governor have to get on the same page because when they argue we get hurt. And that’s not right,” said State Sen. Joe Addabbo Jr. (D-Howard Beach) at the meeting, who added that his office had received inaccurate information about the vaccination efforts as well.