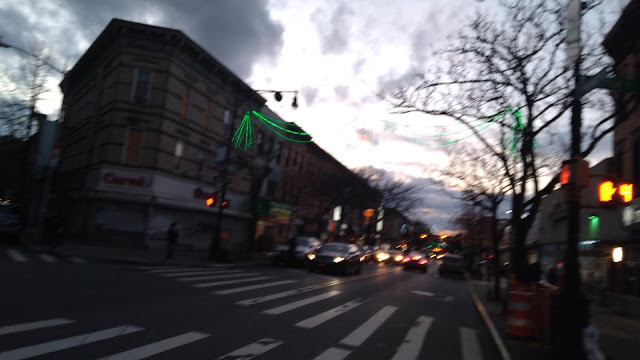 Another man in New York has been arrested by federal authorities after he allegedly threatened multiple elected officials online, a law enforcement source with direct knowledge of the investigation tells NBC New York.

The man, identified as Brendan Hunt, was arrested in Queens following a raid by the FBI -- but he wasn't at the siege in the U.S. Capitol on Jan. 6, the source said Tuesday. Authorities are currently executing a search warrant at Hunt's apartment.

At least eight FBI agents were seen entering a residence on Gates Avenue as part of the search.

Hunt is expected to appear in federal court in Brooklyn later Tuesday, law enforcement sources said. Federal charges have been filed in court in Washington, D.C.

The New York state court system confirmed that Hunt was employed as an assistant court analyst in the attorney registration unit. He has been suspended without pay.

Brendan Hunt, an assistant court analyst in the Office of Court Administration’s attorney registration unit, used Facebook to call for the “public execution” of Democratic members of Congress, according to a criminal complaint.

“Trump, we want actual revenge on democrats. Meaning, we want you to hold a public execution of pelosi aoc schumer etc. And if you dont do it, the citizenry will. We're not voting in another rigged election. Start up the firing squads, mow down these commies, and lets take america back!” he wrote on Facebook Dec. 6 under the alias “X-Ray Ultra”.

Hunt lives in Ridgewood and worked out of OCA’s offices on Beaver Street in Manhattan, an official said.

His extremist rants continued on his personal website and other social media platforms, including Parler and the video-sharing site Bitchute, spurring an investigation by federal authorities, prosecutors said. FBI agents arrested Hunt at his home on Gates Avenue in Ridgewood Monday.

Another freak-show bites the dust. Soon QC will have no readership left.

You're here aren't you?

He got what he deserved, but then we should hold all those acountable who have shared similar rants regarding Trump

It was only a matter of time before that Ridgewoodian fellow was caught.

Why do some people still think Trump was "the savior"?

Why do some people still think Trump was "the savior"?


Why do some people think Marxian derived ideas offer any salvation?

Would have been nice had the FBI shown such dilligence anytime Trump was similarly threatened.
Maybe then we wouldn't have so many people feeling like there's a double standard being applied where Progs are handled with kid gloves while their opponents get the iron fist treatment.

Not that January 6 was a total "right wing" production. There were plenty of scuzzy looking Ultrafa types there as well stirring things up.

Not that January 6 was a total "right wing" production. There were plenty of scuzzy looking Ultrafa types there as well stirring things up.

It’s really remarkable how you can tell someone’s political leanings by their grooming. How about the QAnon Shaman with the tattoos, fur and horns? His lawyer said he was at the Capitol because of Trump and he wanted a pardon.

How about the scuzzy-looking MAGA supporter who beat a police officer with a “Blue Lives Matter” flag?

How about the QAnon Shaman with the tattoos, fur and horns?

Hate to tell you, but he was Antifa-BLM all the way.

Hate to tell you, but he was Antifa-BLM all the way.

Hate to tell you, but you're wrong. And I don't think it's even intellectually possible to be a follower of QAnon who supports BLM. And constantly bringing up Antifa is just a strawman - the Capitol rioters were MAGAheads, and they're being arrested one by one. Drip drip drip.

Hate to tell you, but you're wrong.

You are wrong. Spare us from snopes censors too. He is BLM/Antifa, video and pictures show his crazy ass at many of the incidents. Now fact (censor) check that.

@It’s really remarkable how you can tell someone’s political leanings by their grooming. How about the QAnon Shaman with the tattoos, fur and horns?" Check the bars around Ridgewood, mostly antifa and BLM