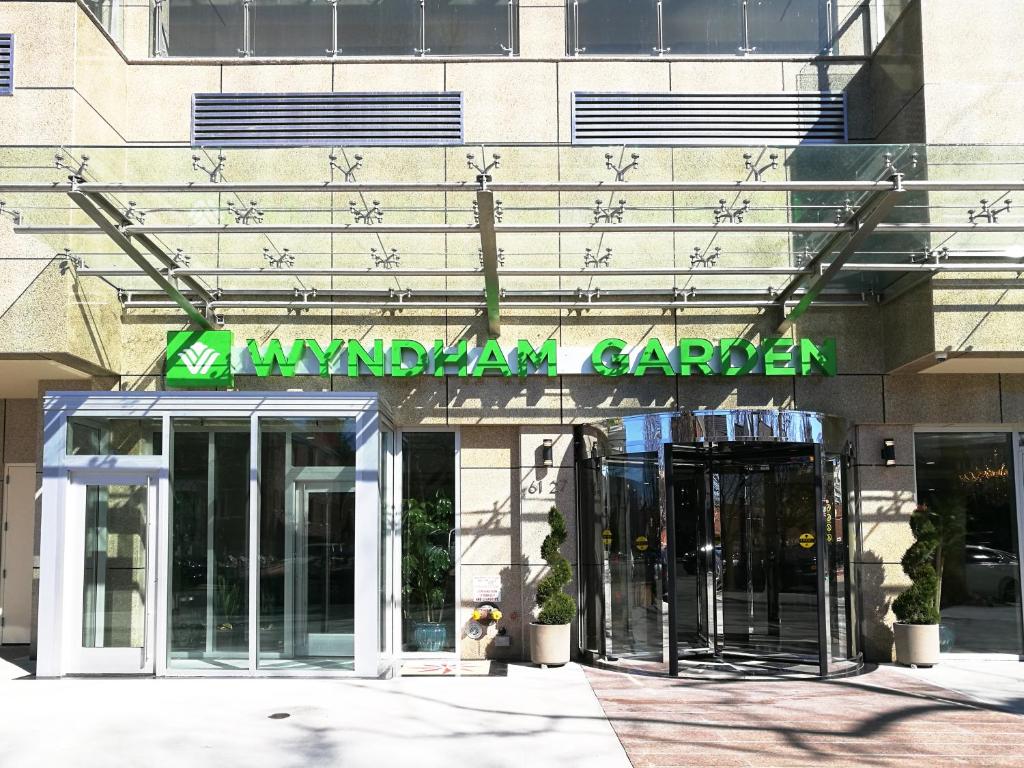 More than 100 people released from Rikers Island are being housed at a Fresh Meadows hotel as part of a city initiative that local leaders say lacked any community input.

The city is putting up the formerly incarcerated New Yorkers at a Wyndham Garden Hotel on 186th Street to prevent the spread of COVID-19 behind bars and in homeless shelters, officials said. The Office of Emergency Management and the Mayor’s Office of Criminal Justice are overseeing the program.

The city paid for rooms in the hotel because the individuals did not have stable housing and would have otherwise become homeless, said MOCJ spokesperson Colby Hamilton. A handful of other hotels around the city have served the same function.

“This and other hotels have provided an invaluable network of stable, reliable lodging for those in need, keeping people departing the jail system out of congregate housing, while we work with them to find more permanent living solutions going forward,” Hamilton said.

The individuals were released from Rikers Island because they have pre-existing medical conditions that put them at particular risk of COVID-19, he said.

Local Councilmember Barry Grodenchik said he was blindsided by the city’s plan.

“We found out because people started calling the office from the community,” Grodenchik said. “We didn’t get advance notice. At all.”

Grodenchik said he and members of Community Board 8 will tour the facility Wednesday.
The employee who answered the phone at the Wyndham Gardens hotel directed questions to City Hall Tuesday.

“This information is confidential and we cannot give information about who is staying with us and if you want more information you can call the Mayor’s Office,” the official said.
Posted by JQ LLC at 8:57 PM

Queens Sheeple got right up the wazoo !
College Point and now Fresh Meadows next will be Bayside and Whitestone !

What else is new? Put the sick into the nursing homes with the seniors,and make dam sure convicted felons get the best lodging,for free i bet.

Why didn't they put them in the St. Regis?

How many are convicted sex offenders?
I would feel safer if their stats were posted in a public place, name, dob, nature of their crime.

Nah I wouldn't feel safe walking past that place. They are busy casing out places to rob and sending their friends to do the job.

The city is facing laying off 20,000 city workers to cover a budget deficit, yet spends a huge amount of money housing these prisoner pukes in a hotel, and endangers the community. You'd think NYC would have learned its lesson in electing commies, but now I just read a bunch of AOC lefty clones have just won their primaries. NYC is rushing headlong to suicide. They aren't scheduling the NY Marathon this year, so they're racing to their own destruction electing destructive commie morons. You get what you vote for.

And this is only blocks away from the high school. Wonderful job mayor dumbdumb!

Put these homeless people in hotels in the parts of NYC that are the most on the Left - Williamsburg, West Village.

Love watching all this Crap with NYC's all Demorat Party.
You got what you deserve Sheeple ! I moved out years ago and I'm so thankful I did.

QC Reader said...
Democrats play by their own rules, come on I thought everyone knew that !

Should put them into the hotel near where Deblasio himself lives.

I'm registered as a democrat because they are suppose to be 'for the people'. But the far left dem socialist like AOC etc made me want to puke. Now this deblasio sht. If a centrist republican comes along, I will vote for him/her to hopefully clean up this mess like how giuliani did with time square. And this speaks volume considering I oppose trump (I always knew he was a nut head since I read his bio way before he was potus and from people who knew him.. as oppose to many who likes him due to his reality tv star sht).

This is how he is going to get the jails into the neighborhoods. Nice job Bill just ruin every town you govern.

You people posting this stuff are the very last of a nomadic people in Queens. Stop wasting your time here, it is over now. Queens was the very last of them all. The time has arrived. Admit you got fooled and just move on. Welcome to the dysphoria.