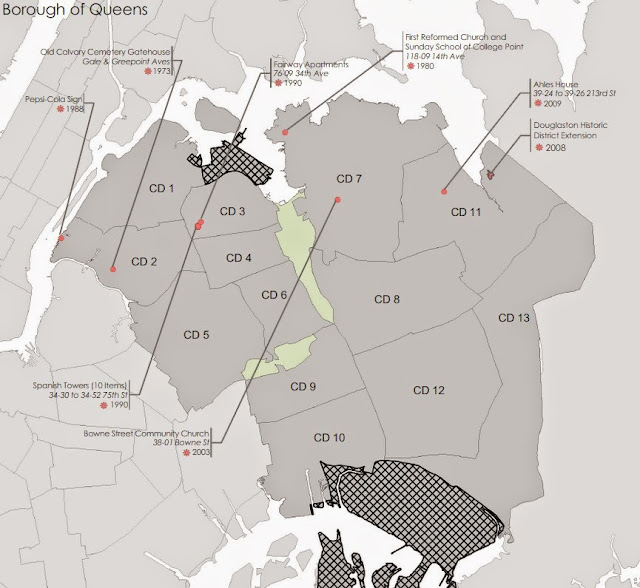 The Landmarks Preservation Commission plans to remove almost 100 sites and two historic districts from consideration for landmark status without formal public input, despite most being on the agenda for decades, officials say.

It's a move preservationists fear clears the path for the possible destruction of dozens of architecturally, culturally and historically significant buildings in neighborhoods across the five boroughs because it removes the preliminary protection that they were afforded while under consideration.

Being on the LPC's calendar provides the building with a modicum of protection because the Department of Buildings notifies the commission if building or demolition permits for a site with such a designation are requested. The commission then has 40 days to make a decision on a site's landmark status.

But often, due to political pressure, the buildings remain in limbo on the calendar with the commission never voting, sometimes for decades.

LPC spokeswoman Damaris Olivo said the removal of the sites and historic districts is an attempt to "streamline" the much criticized process.

So let's run down the list of Queens sites that are on the chopping block: 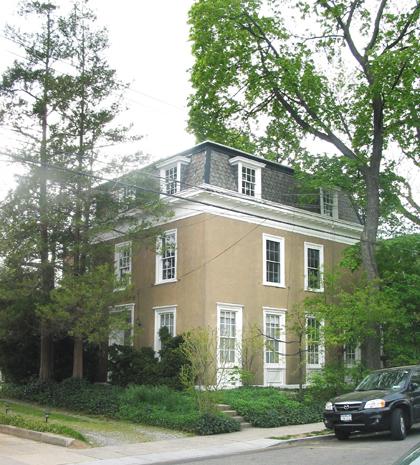 The skinny: Tony Avella advocated for this site to be designated as far back as 2002. It was calendared in 2009, but was not designated due to threats by Dan Halloran to veto it at the Council. Paul Vallone has let it languish and as his campaign was heavily funded by REBNY, he's likely to keep his mouth shut and shrug his shoulders when it gets decalendared.

The Douglaston Historic District Extension was also heavily advocated by Tony Avella and calendared in 2008, but Dan Halloran once again gave the nabe the middle finger. And I'll just ditto mark the Paul Vallone stuff from above... """"""" 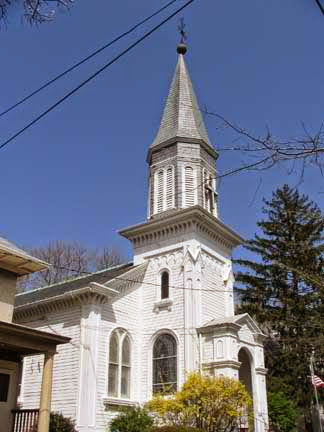 I couldn't find much about this nominee, but I think it's been on the list for quite a while with no action taken by LPC. There really is no reason why it sat on the docket without a decision. 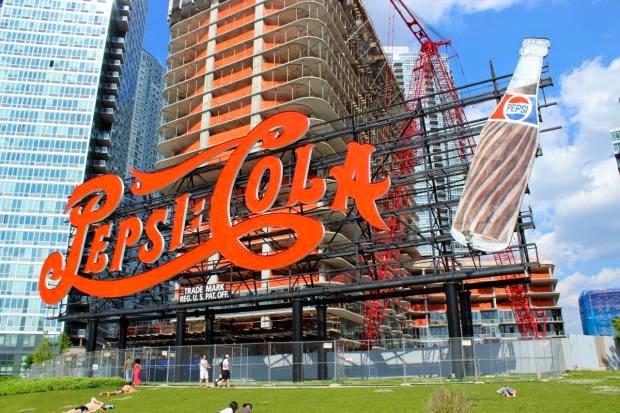 The fact that the above two potential landmarks are on the list really makes you scratch your head. Neither stands in the way of development, and the Pepsi Sign in particular is actually used as a marketing tool by developers and real estate people, so you'd think they'd want it landmarked. I guess these 2 aren't in Sunnyside Gardens, so they're just not a big deal to dear old Jimmy. Luckily, neither appears to be going anywhere. 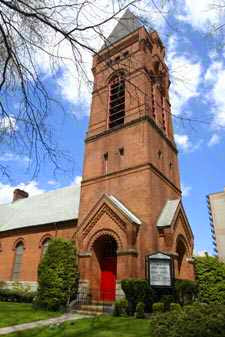 Why this isn't designated is interesting, since plans to do so stretch way back to 2003 when then-Council Member John Liu was allegedly pushing for it to prevent its demolition. 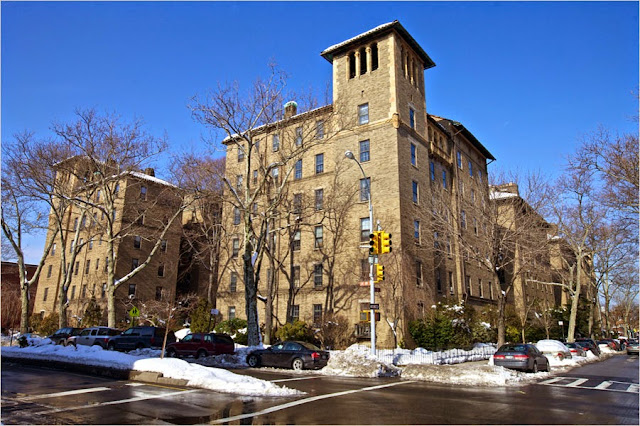 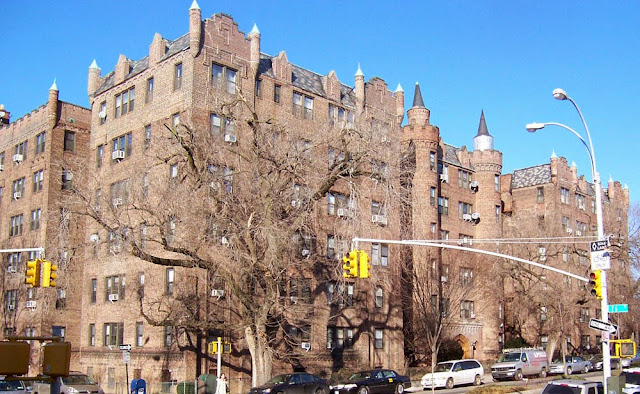 And these apartment buildings are not under threat of demolition, so their non-designation is also weird, but I guess Danny Dromm has more important things to wring his hands about, like horse carriages and Asians protesting homeless shelters.

Perhaps if Dromm, van Bramer, Koo and Vallone voiced their support for landmarking at this hearing, these properties would be designated instead of removed from the list of potential designees. But don't hold your breath, folks. Here's the only letter I have gotten thus far from any elected officials about this: 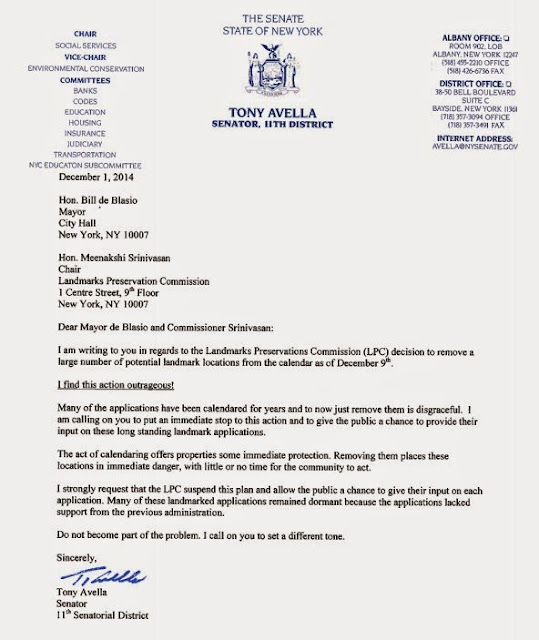 Posted by Queens Crapper at 1:01 AM

Tony Avella cares about his constituents and their quality of life.

Vallone and Koo care about politics.

Where is Queens Civic Congress? How about all those western Queens groups that are lavishly funded by the politicians like UCCA, DKCA, United 40s etc?

Why doesn't someone call every pol in Queens and share with us their reaction - which would be mostly to ignore your call.

Oh what a wonderful opportunity for communities to create a wedge between themselves and their overloads.

Of course that will not happen. We and everything we own is worthless when it comes to a developer (along with one of our politicians in tow) eyeing the dirt beneath our feet.

All politicians are in the back pockets of the real estate developers, including JVB.

Good info, Crapper. I was trying to figure out what Queens sites were affected yesterday.

Let's face it. We have another anti-landmarking mayor, one whose campaign was funded by the real estate industry. He appointed a developers bitch as head of the commission. But even this is more extreme than Bloomberg ever contemplated.

All politicians are in the back pockets of the real estate developers, including JVB.

With JVB it might be the back door rather than the back pocket...

You understand that because it was in a Paul Vallone press release? Do you also believe in Santa?

Just look at the elan of the Spanish Towers and the Fairway Apartments.

Not that cheap-looking Chinese architectural shit found now all over the place.

just seeing dan halloran's name and his poisonous influence on these decisions should be enough to put a halt to this destruction.

as for the current electeds that won't open their mouths and speak for their constituency,with the exception of avella of course,they certainly do not want to impede mayor mccrays utopian mission of shoddy affordable housing for the desperate and needy,also for his limo liberal realtor benefactors.

the history and anything that distinguishes ny from the rest of america does not mean shit to these ignorant,greedy,cynical opportunistic people.pray for their failure

City Councilman Peter Koo (D-Flushing), chairman of the Subcommittee on Landmarks , is reminding skeptics that every item on the list is eligible for reconsideration.

“I have spoken with Chair Srinivasan to discuss this issue and have secured her complete assurance that the LPC will work closely with me, my committee, and all stakeholders on this matter in an effort to bring about change, transparency and balance that is needed in the landmarking process moving forward,” Koo said.

I HAVE NO IDEA WTF THIS MAN IS SAYING. KINDA REMINDS ME WHAT THE POLS SAID WHEN THE SECRETIVE STEINWAY MANSION OWNERS TOOK OVER:

This might be breaking news to some, but not everyone wants their properties to be landmarked. Property rights are one of the founding principals of this country, I'll be damned if the government is going to tell me what I can and cannot do with my property.

Don't like that answer? Buy my property and you can landmark it as many times as you want. I commend the chair for taking such action, good for her.

None of these 3 shifty pols have ever had anything important to say except to their developer puppeteers...and that's usually been a resounding, "Yes sir"! So now their silence is golden? Hmmmmm...gold in their pockets....for sure! Gonna try a run for mayor Councilman Jimmy?