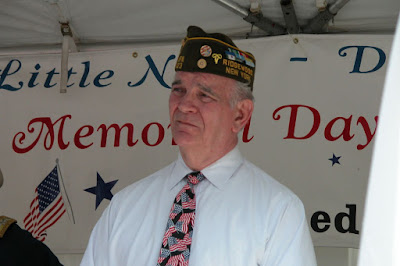 The letter to City Council Members being circulated by the Flushing Willets Point Corona Local Development Corporation sounds like ad copy from a real estate brokerage firm. It includes a roster of names that support the taking of private property from one party and giving it to another. I have to assume that many of the signatories to this letter do not understand The Fifth Amendment to the United States Constitution nor are they familiar with the fact that since the infamous 2005 U.S. Supreme Court 5-4 decision in Kelo vs. The City of New London that 42 States have amended their state constitutions to prohibit the taking of private property from one owner to give to another private owner to develop for private use to increase the tax base.

Eminent Domain abuse is nothing more than theft

However, the present and former politicians that put their name on this letter have jeopardized their good name and their own political career. As a matter of record, Claire Shulman and Helen Marshall long ago should have been staunch advocates of getting the necessary funds from the City to provide the essential services and amenities that the taxpaying businesses at Willets Point deserved. Indeed, the City has caused the very blight that they complain about, a blight that has encumbered the growth of private businesses. And, despite the City’s abject neglect the 225 businesses still employ over 1300 taxpayers.

I strongly urge State Senator Serphin Maltese to remove his name from this ignominious letter and immediately reach across the aisle in the NYS Senate to propose and pass legislation that would bring NYS in line with the 42 States that have amended their constitution to prohibit the taking of private property that is not for public use.

To summarize: Serf, a "property-rights Republican" who wraps himself in the American flag every opportunity he gets, signed a letter in favor of eminent domain abuse at Willets Point as payback for the campaign cash Bloomberg dumped into the state Republican party's coffers. 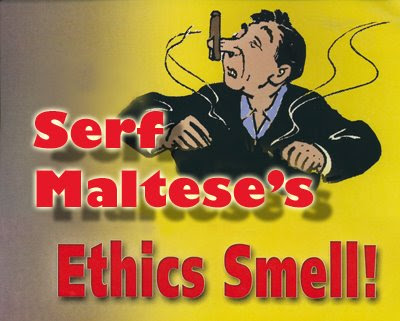 He's got the right name....
a Serf of the NYC real estate lords!

Pick up your hoe
and tend their fields you buffoon!

And that goes for the rest of you spineless pols/tenant farmers
residing on the manor!

Maltese's signature can be purchased on E-Bay. The Commissar himself doesn't even get involved with trivial, easy purchases; he uses his trifle lackeys to do that shopping.

This purchase included Marge Markey as a loss leader. No trouble getting her to sign; she's like a high school slut; she'll sign any document if there's a chance she'll get lucky.

So Serf is for improving Queens by cleaning up a disgusting mess and building something nice and productive. Sounds great to me,

Sellout - probably need extra $$ for mailings to save his election. Bloomy and Guiliani strong arming him - it's a shame - he done in the future - people smell the odor - they are not stupid.

Crappy - nice job converting that Addabbo hit piece into a Maltese hit piece. Thumbs up on that one!

this is a good project and deserves to be passed.

Framing it as an Eminent Domain issue is disingenuous as most landowners are negotiating fairly and receiving fair prices.

No, so far only 4 have made deals and they've been "negotiating" for months. There's simply no place to successfully relocate many of the businesses. They should buyout who they can and build around them. Most businesses are M-1 types and there are many neighborhoods in the city that are mixed-use.

An investigation should be started into how a certain someone can blog in favor of this plan on taxpayer time.

"this is a good project and deserves to be passed.

Idiot, if you know anything about the situation, you know that the very mention of eminent domain by the city makes the property unsellable so that they ONLY buyer they could possibly sell to is the city. So the definition of fair price is whatever the city wants to pay and nothing more.

If you think this bully tactic is ok, I can suggest pleanty of other countries you should go to where property rights are not respected and people are routingly bullied by the goverment. Please take Bloomberg, Claire Shulman and all the other worhtless trash that support this plan with you.

Its disgracful that NY state hasn't passed legislation prohitbiting this kind of theft. Serf, when did you stop fighting for people's American rights you cowardly sellout?

Serf Maltese has no ethics. All this is just another indication of the price of his Bloomy endorsement. He sold his soul long long ago, now he's always available to the highest bidder. His constituents may be surprised at Sen "I Am Conservative" therefore I am good for you and what he really does. They shouldn't be. If he ever had a serious opponent, he would have been revealed for what he is long before now. He ain't flying under the radar anymore.

No. the definition of fair price is what two separate independent appraisers (one chosen by seller and one by buyer) think is a fair price.

Stop the spin. The City has 10% of the land under contract already and more to follow. Pretty dam good so far.

The ones spinning are Claire and EDC.

This is a boondoggle and this is the wrong time to be throwing taxpayer dollars down a hole and destroying successful businesses.

Only an EDC man would call their opposition "spin." Regular people don't use that term. We just call it what it is - theft for Bloomy's buddies.

Which the dude that EDC sent here does on a regular basis.

There are many many areas to relocate in areas designated as Industrial Business Zones.

Like the contaminated land they wanted Crown to clean up?

Well i don't know about the rest of the readers, but i'm keeping a list and when election time comes my vote is going for the other person on the ballet even if it's mickey mouse. Time to clean house of these people. Keeping a seperate list of the council members who are for over turning the will of the people so Bloomy can run again, all yes, no responses (to me they are cowards who can't speak for themselves so they hide behind the no comment) so i will take that as a yes. They too won't get my vote.

Vote out Maltese and you run the risk of turning the entire city and state to Sheldon Silver. God help us if that happens.

Maspath near the Newtown Creek is a designated IBZ as is Steinway near the COn Ed plant and Hunts Point.

All have plenty of unused land to relocate Iron triangle Businesses.

How much city-owned land is there that itself won't need remediation before new businesses open there?

Actually that is close to my definition of what eminent domain should be...you wipe out the illegitimate buisnesses and those legit businesses that want to stay there, you give them as much money as they need to modify their structure to mix in with whatever great developing sensibility you have. At the end of the day, they have the right to stay if they want to.

Eminent Domain as we know it, aside from being un-American, violates basic human rights.

"Anonymous said...
No, so far only 4 have made deals and they've been "negotiating" for months. There's simply no place to successfully relocate many of the businesses. They should buyout who they can and build around them. Most businesses are M-1 types and there are many neighborhoods in the city that are mixed-use.

That's an interesting list of Elected Officials and Community/Civic and Cultural Groups.... How many are represented by the Parkside Group? If this is not a conflict of interests, it ought to be.

Most of the people who signed this letter are funded by the city or by money allocated by the tweeders in support of this plan.

All smoke and mirrors.

Where is the FBI when you need them?

the thing that makes the property unsellable is the environmental liability caused by 50 years of the landowners dumping their crap right on and in the soil.

No one wants to buy land in toxic waste dumps and it has nothing to do with the threat of the government taking the land.

Except the successful larger businesses that have been there for generations are the ones that don't dump.

The creation of Wellington Pointe continues......

Except the successful larger businesses that have been there for generations are the ones that don't dump.

------------------------
Tully and "Evergreen" have running transfer stations wide open to the elements for years. You dont think any of the toxins going into these waste stations gets into the soil when it rains?

a waste transfer station fits my definition of a dump as does a junk yard.

If you have a problem with legally sanctioned waste transfer stations, call BIC.

the fact remains that no one would purchase the land under a waste transfer station or a junk yard for anything but continuing it as a dump. And even then a purchaser would have issues with potential liability for the condition of the land they are purchasing.

This was the original premise of the thread that the iron triangle land is unsellable for reasons other than the supposed threat of ED.

M-3 businesses can easily take over and use a contaminated property. And industrial space is more expensive, too.

for the same reasons Jerry at Crown Container will not accept the Maspeth land unless it is remediated no one will buy iron triangle land without remediation and its accompanying limitation of liabilities.

They are making Jerry remediate the land there. He can stay where he is and not have to go through that.

Thank you for making my point that environmentally contaminated land is not salable without remediation.

the city is not "making" jerry remediate the land. They want him to pay for the remediation of the Maspeth land. Jerry wants the city to pay for it so his deal broke down.

Jerry - of course- will not move his business to a piece of land with a pre existing environmental conditional and potential liability.

I really am getting sick of his mailings and messages on my answering machine. I have been stacking up all his mailings and plan on burning them on his doorstep after the election. Why the hell should I have to waste space in my garbage can with his garbage! Whye should my garbage cans be subjected to his junk mailings! I have called his office and complained and am still getting this junk! Shows you how much he listens to his constituents.

the maltese ads that i keep getting are one attack after another. this man maltese is a vicious coward. i.m voting for the other guy.