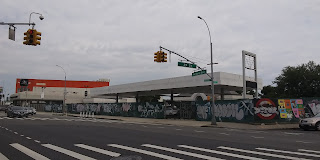 “New York City is in the throes of a housing crisis, with Astoria families feeling that crush harder than most, but we have an incredible opportunity before us to reverse this tragic trend. I stand by my recommendation that certain commitments be made by the Innovation QNS development team to meet this moment, such as significantly increasing the number of affordable housing units and expanding the lowest affordable income band to those earning 30 percent of the area median income,” Richards said.

“I have a deep respect for the City Planning Commission and its work, and I am hopeful today’s vote will lead to a healthy dialogue and community-first solutions as Innovation QNS proceeds to the City Council,” he continues. “I remain in close contact with the developers, my fellow elected officials, and all our community stakeholders, and will continue to push for true community-first solutions on the issues of affordability and equity.”

The project will now go to the City Council in the coming weeks and then on to Mayor Eric Adams for the final decision in the process. In his remarks prior to the vote, City Planning Commission Chair Dan Garodnick said the five-block development would bring thousands of jobs across a range of sectors, but it was the promise of affordable housing that was the difference maker to him.

“The affordable housing component of this project – that will be created without public subsidy – would be considered the largest privately financed affordable housing project in Queens in generations,” Garodnick said. “At a time when our housing crisis is more pronounced than ever, that is a big deal and a big opportunity to take the pressure off the rents in this and surrounding communities.”

In casting one of the three dissenting votes against the Innovation QNS proposal, Commissioner Leah Goodridge said the amount of affordable housing promised by the developers came up short.

“While the number of apartments may be privately financed, it’s still the same 25 percent that we see here every day,” Goodridge said. “And secondary displacement is real.”

Yes, but if Dems keep the senate and house, you can expect trillions in additional spending and the continued war on oil/gas.

How can anyone living paycheck to paycheck make a budget? Electric rates are expected to rise 60% over the winter after rising 100% this summer. Gasoline will be going up as soon as the election is over. The national reserve will be gone and the federal/state/local gas taxes will be back. Food prices will reflect those increases. Next summer the crops are not coming in because farmers can't afford to buy fertilizer. All because of our "transition" to fossil fuels. Seems like they planned a population reduction to drop the overall carbon footprint. People will die from all these shortages of basic living needs.

@“ spending and the continued war on oil/gas.”

" Seems like they planned a population reduction to drop the overall carbon footprint."

@Anonymous post 2: Yes it was a concept sold to the ruling class and elite way back in the early 1970's by the Club of Rome among other big foundations, NGO's and academics. But no, the real reason isn't this carbon footprint thing as even the powers that be know it was all bullshit. Using anthropogenic catastrophic global warming as a scare tactic to promote this neo-Malthusian population control was the brainchild of the Club of Rome. During a time of dropping global temperatures and fears of a new ice age.

The real reason is that with the new level of automation in the WEF's Fourth Industrial Revolution means there will be far less jobs, including computer programmers, so something must be done with all the leftover "useless eaters" or "useless class" as per Yuval Harari.
And this means culling the herd by the most back-handed, passive-aggressive means our betters can come up with so the peasantry doesn't realize they're being herded into the abattoir. And instead of "albrecht mark frei" as the motto, it'll be "Follow the Science and trust the Experts!". Works like a charm.

Anyway, they're far too effete to set up something so gauche and so 20th century as gulags and concentration camps. It'll be slow, agonizing deaths and various means of reducing births over decades before they reach their magic population number of 500 million to 1 billion of the beautiful people.

The Clown un-elected gov will allow only one debate. Why ?


Well, is actually stealing the oil/gas under the pretext of spreading democracy.

Here's some luxury for ya.

Nice, huh? And things are just warming up, as Anonymous above says. The worst of the food inflation hasn't even happened yet. But don't worry, Al Gore's "green" investment portfolio is going to jump up, thanks to the piles of money being thrown that way. Will it actually WORK to deliver energy? Of course not. It's just the Giant Green Grift. Every bit of it is fake, fake, fake, though enormously destructive.

What happened? Putin ran out of cash, so now the trolls are sponsored by the oil and gas industry?

Knocking down a gas station to build housing for the Sheeple is as communist as it gets.
This is a war on cars!
Prove me wrong ...

I’m packing my bags and moving to the great state of Florida where they live in trailers and don’t need no stinking high rise apartments!

@What happened? Putin ran out of cash, so now the trolls are sponsored by the oil and gas industry?

As for the trolls, like yourself, actually a dumb activist communist who is financed by the oil and gas industry. Ask uncle Rockefeller or your direct sponsors the C-Anons.
Now what does "C" stand for?