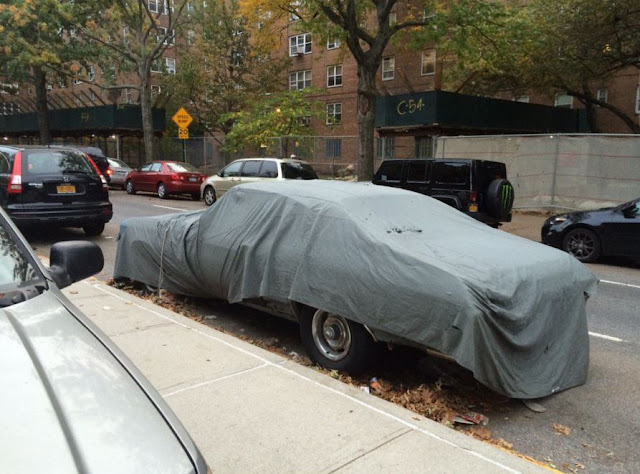 "I've complained about it before a few months ago and nothing was done, so I'm giving it another shot. On the block outside my apartment building at 65-77 Parsons Boulevard, there is an old Chevy SS covered in a tarp that has been parked at the same spot for nearly half a year.

At 11:56 pm on that same evening, I received an email stating that "The Police Department responded to the complaint and with the information available observed no evidence of the violation at that time." 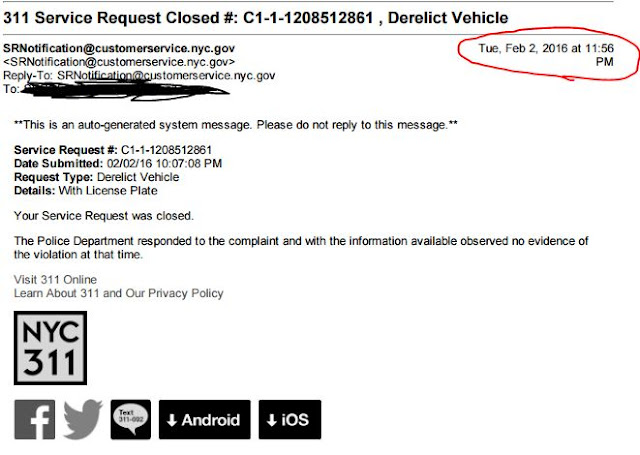 Having gone through this runaround before, I inspected the vehicle personally on Monday and looking under the tarp, found an outdated license plate, a missing registration sticker, and an outdated inspection sticker. Please see the attached photos.

I have yet to hear back on whether covering a vehicle with a tarp is legal, as it enables the owner to cover up things like expired registrations and contraband. Furthermore, in a neighborhood where parking is difficult to find, I do not like having to circle around my block searching for a space while this scofflaw driver treats a public street as his own permanent plot.

I am beginning to think that this driver must have a connection that enables him/her to openly flout the law. I've complained to the 107th Precinct in October of last year, and to any passing traffic agent that I've seen since then, but so far, nothing has been done." 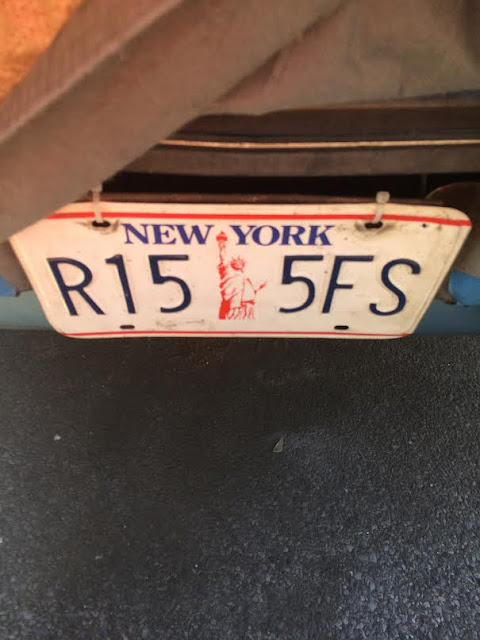 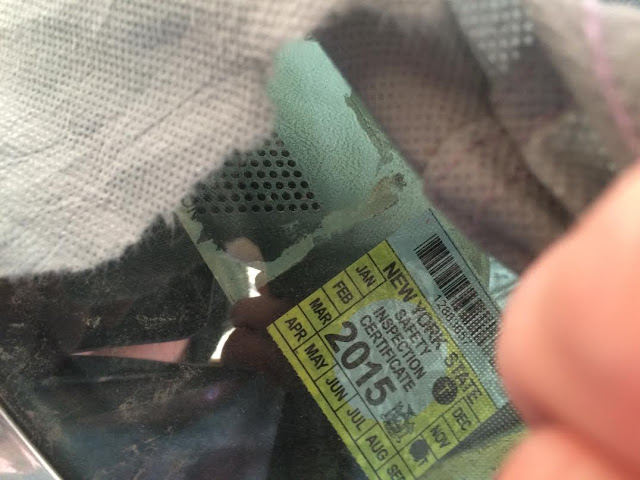 Maybe if that tarp somehow mysteriously disappeared they would start racking up tickets for expired registration. Just saying.

It is illegal to cover a car and the information about registration and licensing with a tarp.
Just saying...

Covering a vehicle with a tarp is ILLEGAL in NYC if the vehicle is on a public street.

Had a similar situation in my nabe. Called "if you see something, say something" which goes to homeland security, whatever
Could be a bomb or weapons cache. It got inspected and moved pronto!
The NYPD only responds quickly if you see an officer down or a gun or if a good bribe is offered.

All NYPD has to see is a Black kid with a silver Three Musketeers candy bar and they'd be there in a flash!

The 107th Community Council meeting takes place on Tuesday, February 23rd, at 8 p.m. inside the 107th Precinct. Come enjoy a light refreshment while hearing about current and future events in our neighborhood. Bring a neighbor and meet others from our community. You can meet the Community Affairs officers and speak to them about this problem.

Agreed. Take the tarp off at 3am. on a day before alt side parking. Leave it on the hood. If you have a window facing the street in view of the car, set up a video camera.

Maybe the car is owned by a cop and that's why the other cops are being "hands off".

The 107th Community Council is useless. Problems have been brought before them and in private and no action. The leadership is there just for political favors.

There is no alternate side of the street parking on Parsons Blvd. (65th Ave to Harry Van Arsdale Ave)

"It is illegal to cover a car and the information about registration and licensing with a tarp."

That's correct but the only way to issue a ticket for the tarp is to lift the tarp which I have on good authority the NYPD has been told not to do by their attorneys.

If the tarp wasn't there, ironically, they couldn't ticket the car for the tarp. But they could ticket it for everything else.
-somethingstructural

What a great place to hide a body! And the cops refuse to investigate. Typical.


Definitively, there has to be some relationship with cops to get away with it.

Cops wouldn't do this for another cop. No one is friends with everyone in their precinct. Even the most liked guy/gal has someone who can't stand them.

This is likely a politician's car. Remember Charlie Rangel and his car sitting in a garage for years?

Peel back the tarp far enough to see the registration and call in the complaint.

Alternative: you see the license plate number. Call it in as stolen.

It takes a cop an hour to sit and wait for the tow truck, then another two hours to do the paperwork and get thru all the red tape. That takes a cop off the street for 3 hours.

Most precincts only have a few cars out answering jobs so taking a sector car out to constantly tow cars when they are usually backlogged jobs doesn't make much sense, and the bosses will frown upon it.

You get what you pay for, and paying cops crap and blaming them for everything in the world just causes them to do the absolute minimum, and that is why you have these problems.

Take the tarp off and let the tickets pile up. Sometimes the system doesn't give a shit, so take matters into your own hands and take the tarp off. Throw it on the ground so its not theft (if you're worried about that). You've clearly been bothered by this for 6 months, do something about it!

I'm speaking from experience.......Get a screwdriver, unscrew the license plate and
discard same. Call 311 and report a car with no plates parked on the street....
within two days Dept. of Sanitation will have removed the car.

A vehicle may not be parked on a public street in the same location for more than seven consecutive days. Bring it up at the next community council meeting. That usually works. It has worked in the past in the 105th Precinct. Well, except for one time, where one car on 87th Ave near Range Street that was owned by a cop could never be found by the responding cops.

You will find the 107th Precinct very responsive. Come to the Council's meeting on Tuesday evening and speak to the Captain and officers.

A late 1960s Chevy Super Sport with those original wheels is worth more then a brand new Mercedes. I can blame the owner for wanting to keep it close. The cops likely know this, and its owner IS LIKELY A COP. These cars belong in a climate controlled garage, the owner is a total asshole for storing it outside and doesn't deserve to own it. The owner is without question violating his classic insurance policy leaving it un-attended on a public Queens street.

if we all put i a 311 complaint maybe they'll react.i just did.

This is literally down the block from the 107th Precinct House. If the police are ignoring this vehicle, it's probably because it's owned by someone connected.

Same situation i had, called 311 for an illegally parked Bus overnight. FOUR times all together.... they could not find the car. Complained at night they came to inspect the next day, why would it be there? I wonder, is 311 a scam or is it police incompetence?