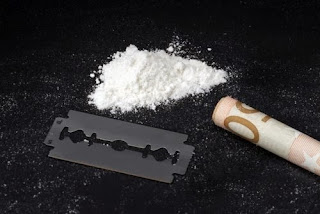 The city’s narcotics cops are being told to stop arresting suspects over the age of 40 — a major strategy shift designed to target younger dealers, who are more likely to carry guns and use them, The Post has learned.

Top brass issued a directive that makes it all but impossible for cops to bust older drug suspects, in order to combat a spike in shootings — which are up 7 percent in 2015 compared with the same period last year and 12 percent over the last four weeks, police sources said.

The new policy was laid out in a May 14 memo obtained by The Post that scolded police bosses for busting people outside the 18-40 demographic — and demanded written explanations for arrests of midlife perps.

Division commanders who got that memo immediately ordered the rank and file to stop making collars in that age group and threatened officers with transfers and other discipline if they did not comply, according to multiple police sources.

The memo was signed by Assistant Chief Brian McCarthy, head of the Narcotics Division, who admitted at a meeting last week the directive came from higher up, said a source who was in attendance.
Posted by Queens Crapper at 12:16 AM

So much for "the blue wall of silence."

So are the cops going to check ID's to see if they are mature enough to sell?

This is the real police slowdown. Instituted at the top echelons of the NYPD, Mayor Big Slow, the blissful ignorant council speaker, and the profiteering Bratton, who stands to hit the jackpot in the aftermath when crime gets worse, people panic and get scared, subsequently leading to a police state atmosphere.

Just legalize drugs already, all of them.

I assume from a marketing standpoint, a lot of the consumers are probably the tower people and tourists, since they are the only ones that can afford to get loaded in Fun City and you don't want to lock these people up and stop them from spending money.

Stop this stupid bullshit. Just legalize drugs. People are going to use them regardless (me, I love pot) and people are going to sell them. So legalize it, it gets taken out of the street criminal hands and into the government criminals, but at least you end the violence associated with drug dealing that destroys communities and put the money being made into programs that better the lives of citizens. And it is not like if you legalize drugs there would be a huge rise in drug use. The presidential candidate who favors the legalization of drugs will win.

Too much money and time have been wasted on this idiotic drug war.

So I guess DeBlas can't be arrested for smoking dope at Gracie Mansion.

Just legalize drugs already, all of them.

but make it illegal to sell...punishable by confiscation of assets and long prison time...oh yes

No early release or probation until you can read the new york times in front of a parole board.

That's because all the older addicts already work for the city