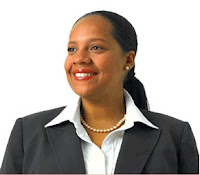 The City's Economic Development Corporation and City Council Member Julissa Ferreras are telling property owners, business owners and workers not to worry about the letter that will be going out soon that will notify them of an eminent domain hearing (which is still going to happen, but has been postponed). They are telling affected parties that the letter sounds scarier than it is because of its official wording and that it doesn't mean that their property will be seized anytime soon.

According to the Institute for Justice: Bottom line is: Don't swallow what the tweeders are feeding you and come out with guns blazing.

How the hell do these people sleep at night and look at themselves in the mirror in the morning, I wonder?
Posted by Queens Crapper at 12:30 AM

"Every single piece of information that shows the City's purposeful neglect of Willets Point" must be submitted at this hearing? In that case, I hope they've allocated at least a few days for the hearing. It might take that long to present all of the information.

Would this include the conflict of interest between CB7 board bully Apelian and the Vallones? It sure seems like Chuck swayed the community board into a convoluted and confusing vote on Willets Point.

What about Shulman lobbying illegally? This is going to get quite interesting.

The EDC are Bloomberg's brigands!

And what did Vallone promise him besides a hefty salary as his campaign manager?

Ah...a nice position in government that pays even better of course!

I guess Chuck has grown weary of his unpaid years of "service" at CB#7!

In one way or another Chuck "Follow the Buck" Apelian has financially benefited from his years as a member of CB 7.

Chuck's own neighborhood is in shambles...over-run by "religious" institutions, community facilities and some illegal hotels.

No doubt he's looking forward to a bigger and better job...maybe even selling his house and moving on.

Where was his watchful eye at CB#7 all these years?

edc always lies this is nothing new they bullshit every one just like cb7 that has done nothing for us , lies lies and lies we must vote these people out and take our city back

What about Shulman lobbying illegally? This is going to get quite interesting.

Out with Bloomberg at once! Scum!

Watch Tony Avella speak up at City Hall for small businesses and of course I bust on Mike Bloomberg.

Vote for Tony Avella for mayor.