New use for your basement 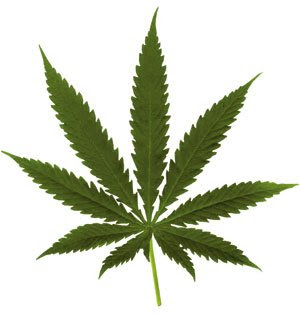 A small electrical fire outside a home in Queens led firemen and cops to find a marijuana farm of more than 200 plants in the basement.

The Fire Department was called to Bleecker Street in Ridgewood on Friday night to check out burning wires in a utility pole, and needed access to the nearest home - which turned out to be a pot den.

The green-thumbed occupant of the house reluctantly let them inside, but was clear headed enough to get out of Dodge before cops arrived.

Before firefighters found the stash, the man said he had a "medical emergency" and took off, police said.

Firemen then found three illegal propane tanks and a jungle's worth of weed.

They informed the police who yesterday needed 217 large garbage bags to haul away the crazy crop.

Investigators are still looking for the home's occupants, who will be facing serious drug charges.

Before the fire, the wannabe botanists had rarely left the house, said neighbor Lucas Gudewicz.

"I don't even know who actually lives there, but I've seen 20 different people coming and going," he said.

The article is about 61-20 Bleecker Street in Ridgewood.
Posted by Queens Crapper at 12:06 AM

Ah, the "war" on drugs....heaven forbid people be allowed to use something that's less harmful than alcohol or tobacco. The only thing our government does that's more stupid is the Cuban Trade Embargo!

I'll bet a lot of dat shit disappears
from the police property lock-up in a wink.

There are gonna be a lot of happy cops
rollin' blunts this week!

But if they burn that stuff at Rodmans Neck.....
I wanna be down wind.

I think Marijuana is harmless but nonetheless it IS a gateway drug and unfortunatly it is better off being illegal.

Hey.....
with rising taxes and the high cost of living in NYC....
a guy has got to find some way
to make his mortgage payments.

If those pot plants were raised from seed
and each mature stalk wound up being worth $1,000....
does the grower (investor)
have to pay capital gains taxes ?

The only reason it's still illegal is the government hasn't fully written the books on how to tax it yet!

Way, way, back in the day
when an unadulterated ounce ran about $20....
one might have considered weed
a minor "recreational" drug.

Today for the same price you get about
a 1/2 inch cube of the "stuff" laced with
God knows what to give it a 'kick".

BUT NOT IN MY HOOD!

I'll stick to my Jack Daniels.