Tibetan group smelled a rat when the NYPD couldn't 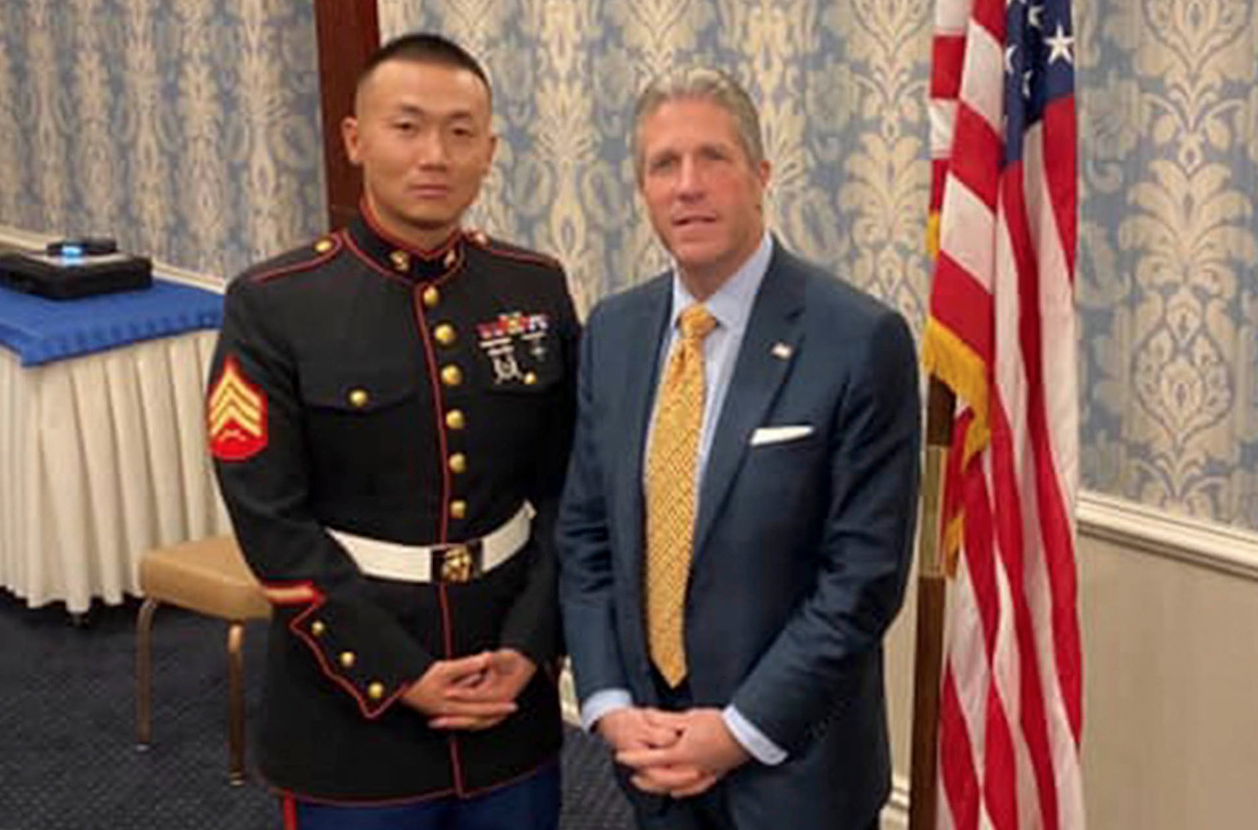 Tibetans in Queens were suspicious of a local NYPD officer long before he was charged with spying on them as an agent of the Chinese government, says one leading activist.

Baimadajie Angwang, a 33-year-old former marine, worked as a community affairs officer in the 111th Precinct, a role that masked his other job tracking the activities of the Tibetan community in Queens and elsewhere in New York City, according to federal prosecutors. Angwang was arraigned in Brooklyn federal court Monday afternoon.

But Dorjee Tseten, executive director of Students for a Free Tibet, said Tibetans in the area sensed something shady about Angwang’s behavior more than a year ago.

“Some members had raised flags about the way he communicates,” Tseten said. “They found out either him or his family have had a link to the Chinese consulate. The community was aware and suspicious about this person.”

Angwang allegedly conferred with two officials from the Chinese Communist Party’s United Front Work Department, an agency that seeks to neutralize opposition to Chinese policies, since at least 2014, according to his criminal complaint.

Federal prosecutors say he allegedly snitched to the Chinese consulate about the activities of Tibetan Americans in and around New York City, groomed intelligence sources and provided Chinese officials with access to NYPD brass. The Chinese government has called the allegations “pure fabrication.”

The NYPD cop accused of spying on behalf of the People’s Republic of China apparently exaggerated his military service record to his brothers in blue, The Post has learned.

Baimadajie Angwang, a suspended community affairs officer with the NYPD’s 111th Precinct in Queens, was honored by the Police Benevolent Association at a November event last year to celebrate veterans, according to a since-deleted Facebook post on the union’s page.

“The PBA honored its veterans at today’s delegates meeting with PO Baimadajie Angwang presenting the colors. PO Angwang is a Sgt. in the USMC and served 1 tour in Iraq and 2 tours in Afghanistan,” the post reads alongside photos of Angwang posing with the union brass.

The USMC confirmed in a statement that Angwang, 33, was in fact a sergeant with the Devil Dogs but said he only served one tour in Afghanistan for Operation Enduring Freedom between July 2013 and February 2014.

There were no records of a second Afghanistan tour or a tour in Iraq, according to the USMC.

So the Tibetan community smelled the rat (literally) and knew, AOC and the "progressive" crew who gets CCP financing to destroy this country knew nothing?

So did he only lie to the PBA, or to the NYPD as well? If he lied on his employment application, why wasn't it caught? Should be part of the basic background check to verify all claims on the application.

Also, no one thought it was weird or inappropriate for him to show up at a police function in a military uniform? Despite their similarities, they are vastly different professions. No one thought that it's a little too over the top, too much of an obvious attempt to be seen as a "super patriot" with that stunt?

Did anyone in the Tibetan community report their suspicions, or did they keep it to themselves? If you see something, say something.

Many cops in the Flushing environs are as crooked as a country road. They fudge crime stats and evidence tamper. Just read the papers for a decade.

Good questions, however how he was found out will not be published.
Apparently the Feds are looking into a lot of people's background.

"Angwang, who resides in Williston Park in Long Island, came to the U.S. on a cultural exchange visa and overstayed a second visa, eventually becoming a naturalized citizen after seeking asylum in the U.S.

In his asylum claim, the officer alleged that he had suffered arrest and torture at the hands of the Chinese government.

In reality, the criminal complaint charged that Angwang allegedly worked with Chinese consulate officials to report on the activities of ethnic Tibetans living in New York, and to recruit Tibetans as possible intelligence sources."

This sounds like he fabricated this story to get naturalized.

This guy was very good at his job. Until he got pinched.

Sounds like he is a pro and was planted on purpose.
Question, how others like him and what positions?