The dilapidation of Crocheron Park. 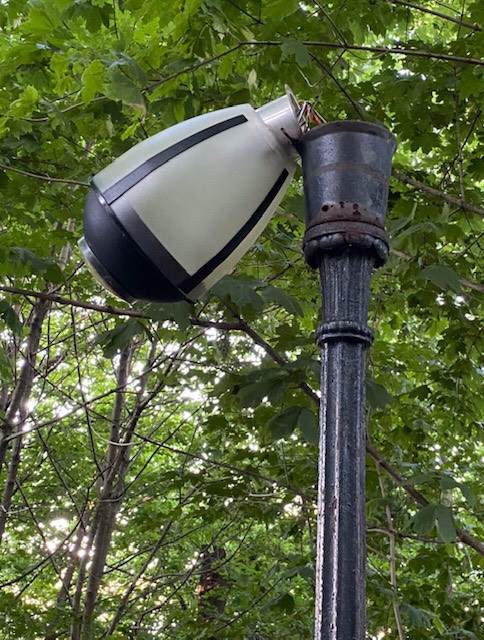 Hello Queens Crap, I Hope you're safe and well.

I am a resident of the beautiful Bayside Flushing area.

Crocheron Park is one of my favorite parks. I go there frequently to run, bike, and walk. It's a big gorgeous park. I love walking over the pedestrian bridge above the Cross Island Parkway to the path that's along the parkway and Little Neck Bay.  To me it's just one of the best parts of being a Queens resident.

But the decay and neglect can no longer be ignored. It's in stark contrast to other parks that I've been to. Hook Creek Park in Rosedale is immaculate and well kept. There's no comparison. Why has such a gem in Bayside been left to rot? This is not just recent, I've contacted 311 for years, it's all been disregarded.

Lighting has been broken and left dangling by wires, a danger to curious kids. The broken lights also leave the park pitch black, so anyone wise wouldn't consider the park at dusk. The park has become a haven for pot smokers, and God knows who else. 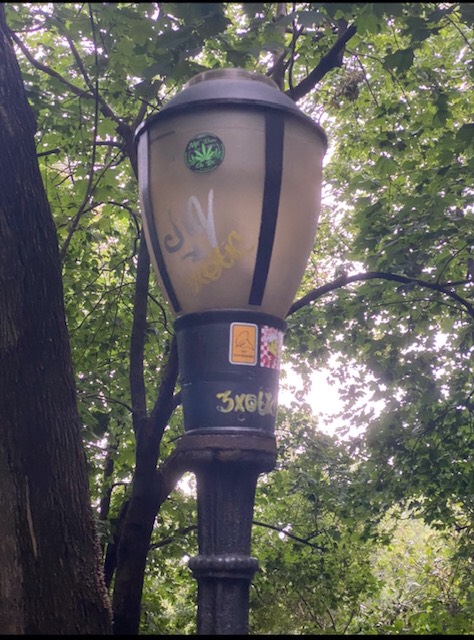 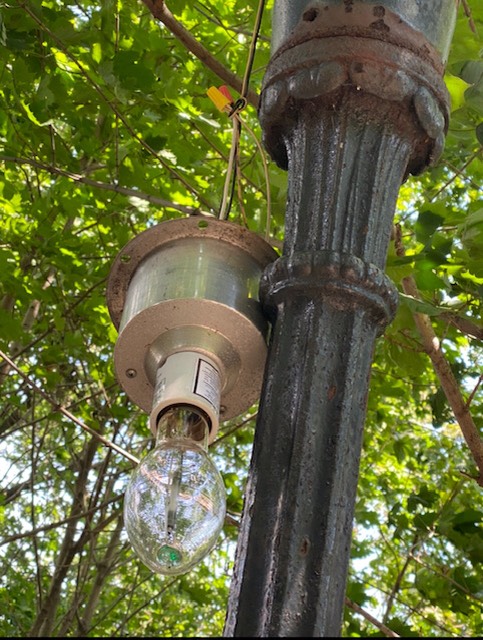 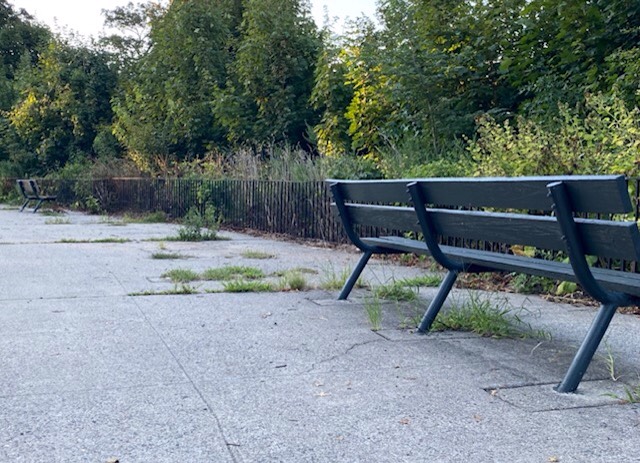 The benches perched above the Cross Island were once intended to be a regal and elegant view of beautiful Little Neck Bay and the cars below on the Cross Island are now staring at decades of an accumulated neglected mass of weeds and trees which were never supposed to be there. It's a catastrophic NYC Parks disaster. I cannot fathom that we continue to turn a blind eye.

Why has this gorgeous park fallen into such neglect? Hook Creek Park is like a shimmering paradise in contrast. I just don't get it. This is not recent covid19 nonsense. Look at my pictures, this is years of neglect.
Thank, Queens Crap

It's hard to find the money for routine maintenance during a very real budget crisis.....especially when more than a BILLION dollars went to the mayor's wife and her pet project, Thrive NYC.

This didn't happen over night. This took years in the making.
The road down to Golden Pond needs to be closed after sunset to keep the low life element out!

The swans that live in the park said...

Welcome to the party pal!!

Sorry got no dough for parks

Too busy spending money on Burn Loot Murder murals and policing them 24/7.

Maybe next time the park goers will think about getting involved in the next election.

"This didn't happen over night." That's correct! I gladly left Queens over ten years ago after spending over 40 years in that boro. Crocheron was always a drug dealer's den and the NYPD gave up on it a generation ago. My advice, "Escape from New York!" while you still can, but don't come to any red states, we don't want you.

Learn to live with decay, Goyim. The subversives on CB7 have deemed it so.

These don't have the 3-way cameras and the sensors on top. No worries.

Buying off? How about sponsoring and financing them!
Otherwise how do you tell the young people the expensive college degree they got in debt for is worth nothing?

"Otherwise how do you tell the young people the expensive college degree they got in debt for is worth nothing?"
Move on and Learn new skills and keep working at any job you can get. You will learn more by working with others then from sitting home feeling sorry .

Goyim ? Jewish name for a non-Jew.

@Move on and Learn new skills and keep working at any job you can get. You will learn more by working with others then from sitting home feeling sorry .

You know that's what common sense dictates to normal folks.
However you leave out the indoctrination centers called schools and colleges.
That's where the real brainwashing takes place. Think about it for a second.

@Anon
"That's where the real brainwashing takes place. Think about it for a second"
I do all the time and it's very worrisome what the education system has done.
"War is peace. Freedom is slavery. Ignorance is strength." - George Orwell

DiBlasio is a non-goyim, but he is changing his name to Schwartz!

Where is Queens Civic Congress? Oh, latest newsletter 10 months ago.

@AnonWhere is Queens Civic Congress ? With the Bowne Park Civic Association having Tea Parties at the Church on The Hill. Great pound cake let me tell you ....