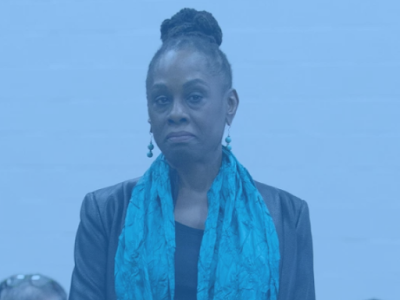 Mayor Bill de Blasio’s wife started the effort two years ago — yet has chosen only one artist for a single monument so far.

A rep for McCray insists her boss’s She Built NYC effort had to be temporarily shelved because of the coronavirus, but critics note that construction restraints on the Big Apple amid the pandemic were lifted several months ago — and claim City Hall’s incompetence and scattered priorities are really to blame.

“There is no leadership, there is [no] follow-through. There’s no one at the helm,” City Councilman Mark Gjonaj (D-Bronx), a member of the body’s Committee on Cultural Affairs, griped to The Post.

Meanwhile, last month, de Blasio appointed his wife to yet another monumental effort — a racial justice task force, where she’ll be reviewing the fate of current city statues honoring figures tainted by slavery, including memorials to Presidents George Washington and Thomas Jefferson — even as she struggles to address the first related project.

The city’s first lady is not paid for her work on either project and uses existing city employees for them.
Posted by JQ LLC at 8:37 AM

Nice picture-looks like a police mugshot. Then again, she IS part of a criminally insane regime bent on totally destroying NYC so such a picture is indeed fitting.

Dear Chirlane, with absolutely no valid qualifications, was handed, and lost, $850 million taxpayer dollars still unaccounted for. Looting, crime, shootings, murders, etc. in NYC are giving Chicago a run for her money. COVID has destroyed the NYC economy and many peoples' livelihoods have been wiped out. But DimBlasio's priority is putting up more statues of black women. And he knows just who to put in charge of this $$$ project---someone who made an abysmal failure of an $850 million dollar project, and every other project he's put her way. He also wants to put her in charge of a "racial justice task force" project--just what beleaguered NYC needs now, more gasoline for its fires. And, she will utilize NYC employees already on the payroll to do this, robbing us all of their services for the jobs they were hired to do on our dime.

He will put this unqualified grifter in charge of helping decide what to do with statues of men whose far-sighted actions made the existence of our great country even possible. Stupidly, like many others have done recently, she condemns them for living according to the social norms of their time, which included keeping slaves. It is ludicrous to judge people of another time by our present social norms. Chirlane couldn't even come up to the soles of Washington's boots in accomplishments and sacrifices done on behalf of our country. The only talent she has shown thus far is an amazing ability to do is make NYC taxpayer money disappear into thin air. Dimblasio keeps putting her forward on unneeded projects in order to buy her some name recognition for a future mayoral run, it's no secret. Here's some name recognition for her: UNQUALIFIED.

How uppity of her to think she can get away with this.

Actually SHE is the Mayor.
The guy next to her is just a clone.

Anonymous 3 said
“It is ludicrous to judge people of another time by our present social norms.” Good point

So this is what "equality" looks like to BLM....

Ever wonder what stupid would look like if it had legs?

I have a feeling in this real liberal City mayor Debozio must put his knee pads on every morning and kiss her arse !

This is what a reformed radical Lesbian looks like.

I often wonder what the FBI is doing. They went after the mayor of Baltimore. Surely they can find the time to investigate De Blasio and his wife.

I was going to say 'unbelievable' but it isn't really.

I don't see politics as being related to someone's marital or reproductive status. But Bill DeBlasio is a commie who is married to another commie, and they raised a commie daughter.