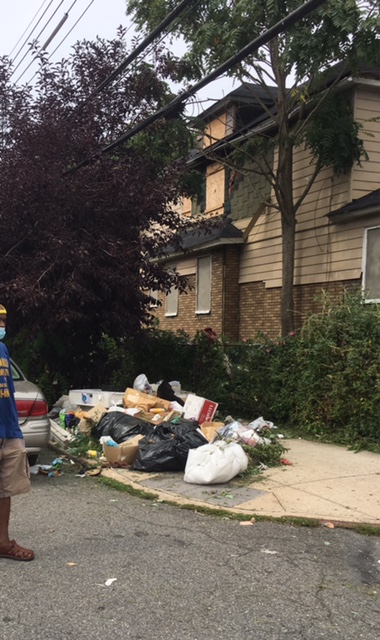 Concerned citizens went to the 15-year old eyesore that has now become a pandemic; affecting residents who have to inhale the stench. On Wednesday Sep. 8th. members of our group "Clean Up Jamaica Too" were forced to make another visit; to the abandoned house at 107-58 164 th. Street Jamaica Queens. This visit was vital because our health is at risk and local leaders have neglected us. The corona virus thrives in this black community because it is filthy. 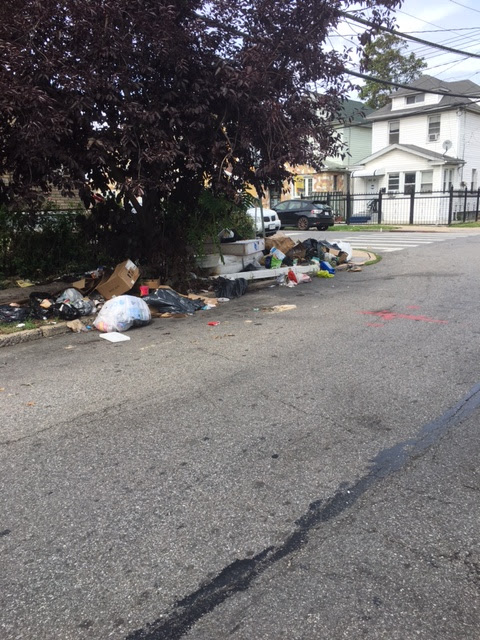 We have been calling on our democratic leaders for more than 15 years. Leaders have come and gone, but this eyesore remains a fixture. The current councilman who has jurisdiction over this area is Daneek Miller. 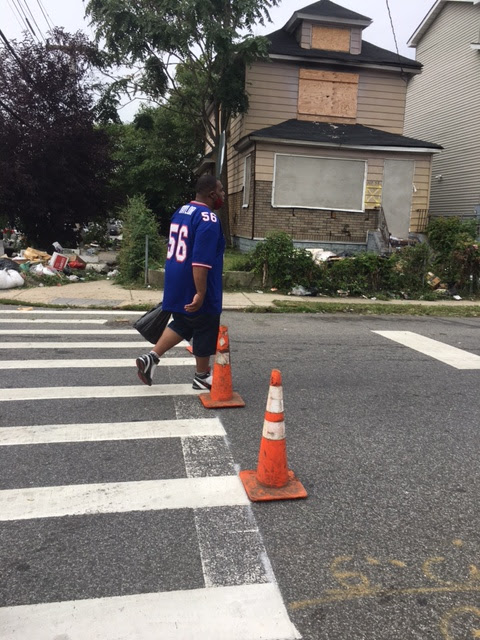 The garbage has now taken over the sidewalk: mattresses, bottles, boxes, chairs, about 90 full garbage bags, and scattered papers are just some of the items 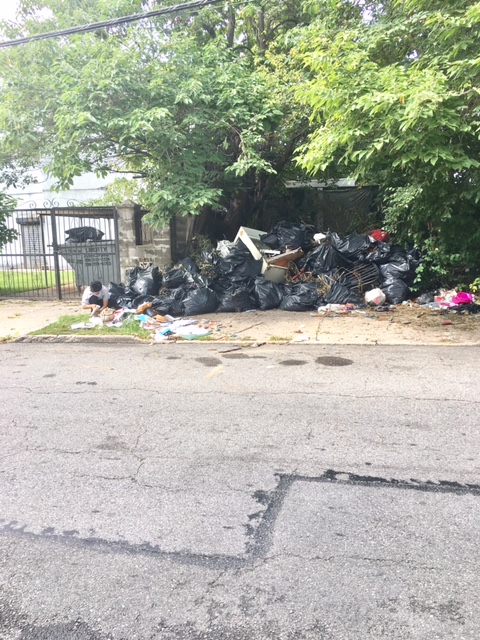 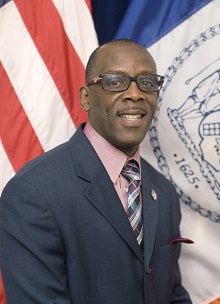 A vagrant is rummaging. Residents have been calling: 311, 103 precinct, councilman Miller and others. Thus far, no one has responded. Some years ago sanitation began removing the garbage. But that was in the height of NY1 Ruschell Boone  reporting on the issue. Ruschell now works in another area.

There are four churches near-by. Amity Baptist is the nearest, a few steps away from the mountain of garbage. Residents have been appealing to Pastor Thompson, but he has not done anything to help. He and some of the pastors live in Long Island. However, Pastor Thompson was very successful in getting "no parking signs" in front of the church.


Residents are just asking for a clean community, especially to curtail the spread of the corona virus.

Good luck with I. Dunno Miller. If it's possible he's the emptiest suit in city council...

Imagine if vehicles that were used to transport and dump litter were seized. That might stop people from making this kind of mess. Obviously, fines are not enough.

New Yorkers are becomming Suckers for putting up with this shit for so long !
Vote them all out of office this November what do you have to lose ?

C'MON MAN said...
It's like George Orwell said...
We American citizens aren't victims. We are accomplices because we CONTINUE to elect these scumbags.

You vote do nothing garbage in, your left with a pile of garbage. Jamaica has been a garbage dump for years. Just keep electing these do nothing ass wipe politicians.

You vote for shit your left with a pile of shit in the end. What did you expect? You think any of these politicians give a rats as about your problems. They are only in the game to line their own pockets.

Did you try to contact the property owner, listed as "Resource Capital Group LLC"? The house was just sold a year ago, the deed lists the company's address as 99 Wall Street, Suite 325, NY, NY 10005, which is a "virtual address" company. The owner is probably actually located in or near Nassau County, as that is where the notary public used for the deed is located. The property (and water) tax bills are being sent to the 164th Street address, so unless the mail is being forwarded, they aren't receiving the bills, which might explain why they're overdue. Maybe if you sent the company a letter with some photos, they would do something.

The tax bill also mentions charges for emergency demolition done by HPD. Judging from the photos, I'm assuming that means some kind of internal demolition, or the cost of cementing the windows and doors.

Also, someone rummaging through trash on the sidewalk isn't necessarily a "vagrant". If I see anything interesting left out in trash/recycling, I take it. Loose deposit bottles get returned for a few bucks off a future grocery run. People throw out surprisingly valuable items sometimes.

Ms.Hazel, there is also garbage at another church, located down the block from located at 167-04 108th Avenue ( C.C.C.I Church)

NYC is getting so bad now Democrats are walking away from Democrats...

Apparently anyone can get an address at 99 Wall Street https://physicaladdress.com/virtual-office-new-york/

Jamell D. Reid also was with Mid-Atlantic Investment Group in Clinton, CT shown in ACRIS as a Memorandum of Contract

Better yet... here are their addresses on Northern Boulevard

A conceptual idea. Everyone in the area that is worried about it, take a bag home, and put it out with your trash. Won’t help with the loose stuff, but a start

Ms. Hazel, you see Pastor Thompson ignored the community. Here, he is passing by the eyesore during his event. Picture taken 4/16/16
IMG_2719.JPG.jpeg

Take it a bag to the next community board meeting, and drop a bag off at every elected official in the community's office, then call NY1 - Rochell Boone.


Post pictures on every blog out there that promotes Queens.

"Take a bag to the next community board meeting..." Better yet haul a ton of them to the Board president's house and dump them there. That seems to be the only way in America to get a politicians attention.

Pamela Hazel, you ever hear from Joe Moretti?

I shed a single tear at that last song/comment.