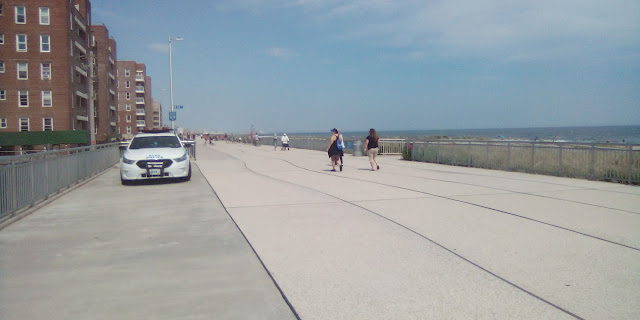 NYPD response times to incidents remain snagged three months after protests against police spurred long delays — while other emergency responders are getting to the scene faster than before the coronavirus took hold.

That’s the conclusion of THE CITY’s comparison of medical, fire and police response times so far in 2020, a year defined by sudden and intense demands on those rushing to incidents.

Starting in late March and running through mid-May, the COVID-19 pandemic sparked a jump in ambulance calls. Then anti-racism protests that peaked in mid June put the Police Department to the test.

Data from the 911 call system shows that the delays have affected every type of NYPD call, including what police call “critical crime in progress” — encompassing armed violent incidents, robberies and burglaries.

Responses to those incidents — measured from the first call to the arrival of the first unit — took an average of 8 minutes and 5 seconds in the last four weeks of August 2020, compared with 6 minutes and 49 seconds during the same period a year earlier.

Play stupid games, win stupid prizes. With criminally insane petty tyrants running things people are lucky the cops show up at all anymore. Just make sure that BCLM graffitti is well guarded at all times though because that is SO important.

The police are the petty tyrants playing stupid games. 5 Billion Dollars, even after the so-called "defunding", plus multiple unions, plus a charity (the NYPD Foundation) and they still act like they're broke and have limited resources. They love to play the victim and act poor.

Agreed that the BLM paint is silly (not the message), but so is the NYPD babysitting the Columbus monument.

Imagine if the FDNY took 20 minutes to respond to their calls?

The slowdown is real.

People think the NYPD does firehouse responses. They are constantly in a backlog. They go from one job to the next. Every job needs to be documented. This is the city that you all wanted. It’s gonna get a lot worse before it gets better.

Thank the Democrats, they're your kind of people. Maybe someone should introduce an ordinance in NYC, demanding that every elected official do two days a week as a deputized police officer and engage in patrolling the city that they've conspired to ruin.