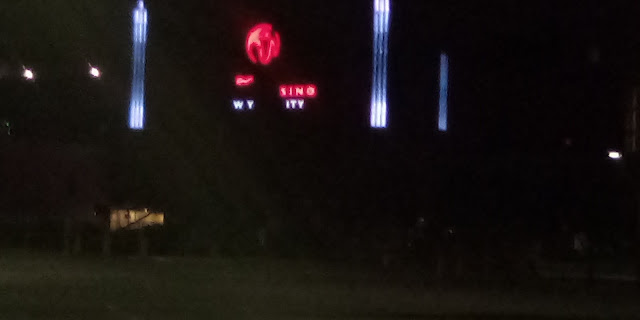 
Shopping malls and casinos are allowed to reopen in New York City next week– after being closed for six months in response to the coronavirus pandemic.

Malls and casinos are permitted to reopen on Wednesday, Sept. 9 on the condition that they have an adequate air filtration system in place, Governor Andrew Cuomo announced Thursday.

Malls, which have opened in all other regions of the state, can finally open in the five boroughs at 50 percent capacity. No indoor dining inside mall restaurants and food courts is permitted, however.
Stores that have separate entrances from the main mall entrance were already allowed to reopen.

Casinos, which have been closed in all 10 regions of the state, can open statewide at 25 percent of their maximum capacity. No table games or beverage service on the gaming floor is allowed, Cuomo said.
Posted by JQ LLC at 2:20 PM

Bullet proof vest will be needed at malls if your white and look like you come from money. The Cretins are jealous, angry, desperate and truly believe what you work hard for should be shared with them.

If you disagree with that your racist, pro Trump and in need of a gang beating to teach you a lesson. And its going to get worse when there is no more Federal $$ to fill the all the brats EBT cards.
I recommend dressing down like a broke ass slob when in malls or in the subway

An NYPD paddy wagon should be permanently stationed near Resorts World Casino. That place is a crime magnet. Bloomberg didn't want a casino in Manhattan to protect his degenerate gambler Wall Street buddies, so us Queens residents are left to deal with the fallout.

But I wonder...why isn't online sports gambling legal in NY? It's legal in Jersey. Why not here?

ALAS, The kakistocracy of BrainWashington, DC as well as the hyper-corrupt, entrenched, corporate obedient and establishment-rigged New York, DemonRat kleptocrats (and, depraved 'Monetary Locusts' of epic government fail), have always, customarily FOISTED a CLASS WARFARE and CLASSISM tirade onto We, the People, instead of ACTUALLY paying fair and reasonable wages to the working poor and languishing American middle class workforce (as they SO ORDER an exalted lifestyle for themselves (whilst collecting a government paycheck——translation: YOUR TAX DOLLARS THAT ARE NEVER ALLOCATED FOR YOUR NEEDS).

For example, like a $30/hour minimum wage that would correctly keep pace with ever climbing inflation (and, also to defund unnecessary programs like food stamps and section 8 housing, botrh of which have never been voted upon through public referendum), versus corporate welfare for billionaires like Walmart——which is the only time that socialism doesn't take on a four-letter word.

This is nothing new, possums. The monstrous, never-ending corruption, graft and greed of the City and State of New York will never end - especially true right now, when there are two, intensely incompetent, criminally insane, corporate obedient sycophants to their government paychecks for life who've murdered New York City and New York State for a THIRD, and final time (the first time, the city was flatlined by Giuliani; the second time was when Bloomberg murdered New York City; and New York State failed government speaks for itself, under the dynastic CUOMIGULA CRIME WAVE of FAMILY SOCIOPATHS/PSYCHOPATHS).

❝The urge to save humanity is almost always only a false-face for the urge to rule it.❞ ——H. L. Mencken

❝The welfare of humanity is ALWAYS the alibi of tyrants.❞ ——Albert Camus

❝The only difference between the Democrat and Republican parties is the velocity with which their knees hit the floor when corporations knock on their door. That's the only difference.❞ ——Ralph Nader

❝Democratic Party: Stop scapegoating, look in the mirror, and ask yourself why you cannot landslide the worst, the most ignorant, the most corporate indentured, the cruelest Republican Party in history.❞ ——Ralph Nader

Queens Center Mall will be a mess, wait and see and stay away.

Malls: a perfect target for violence and looting,

>No table games or beverage service on the gaming floor is allowed, Cuomo said.

So basically casinos without any of the fun, only appealing to gambling addicts?

->No table games or beverage service on the gaming floor is allowed, Cuomo said.

We only want your money fools. You know budget gap.