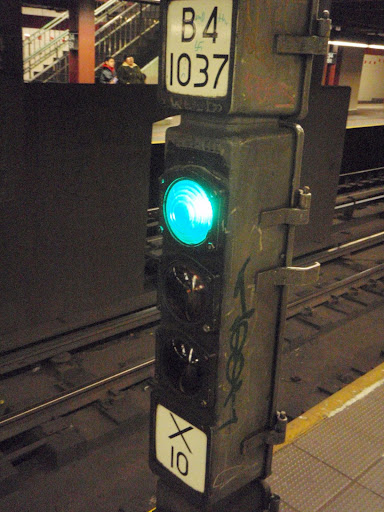 A power outage shut down two subway lines in Brooklyn yesterday amid a heat wave in New York City.

A Con Edison official said the outage originated at a smoking manhole at the intersection of Smith and Dean streets in downtown Brooklyn.

The 2, 3, 4, F, and G trains were affected by the loss of power, which hit just after 5 p.m. The F and G were shut down completely in sections, while the other trains were slowed.

No passengers were reported stuck in the trains. The electrical outage affected signals, not the third rail, meaning trains were able to move and had air-conditioning and lights.

An official said the MTA was using portable generators as a temporary fix until the utility could restore power.

A spokeswoman for Con Edison, Elizabeth Clark, said it was too early to speculate whether the hot weather was the cause, and she said crews had begun an investigation.

There were also outages reported in eastern Queens this weekend. Sounds like we're in for a long summer...
Posted by Queens Crapper at 12:12 AM