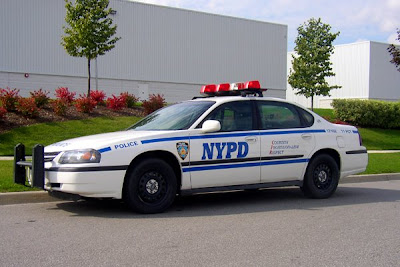 The Police Department will not fill nearly 1,000 cop slots because of budget cuts, bringing the total uniformed headcount to 36,838 next year, the lowest in years, Police Commissioner Raymond Kelly said today.

Kelly's testimony at a City Council budget hearing prompted concern by councilmembers that police manpower is being stretched too thin and that Kelly won't be able to maintain his unbroken record of lower crime rates in the future.

In a statement, the Patrolmen's Benevolent Association decried the headcount reduction, contending it will shrink the department to the lowest level in 16 years.

But Kelly said the reduction of 1,000 officers will be achieved by not filling many of the vacancies caused by retirements and other attrition of current officers. He maintained the reduced headcount "will not affect current operations."

Because of the deteriorating national economy and potential revenue losses in the city, Mayor Bloomberg imposed a 2.5% cut for most city agencies in the current budget, which ends June 30. That cost the NYPD $91.1 million, Kelly said.

Another 5% cut was imposed by the mayor for the new fiscal year that starts July 1, forcing another NYPD budget reduction of $187 million. The 1,000 reduction of uniformed officers will save the department $37.3 million.

Kelly said reducing the headcount makes sense because the department still has difficulty hiring enough new officers, due largely to the unresolved issue of the low $25,000 salary paid to rookies while they are in the Police Academy. An arbitration decision in that dispute is expected in April, he said.

Also: New York City Faces the Prospect of Its Smallest Police Force Since the 1990s
Posted by Queens Crapper at 12:43 AM

Will the Commissar cut the number of police assigned to act as bodyguards for the precious few?

Nope. They would cry Eeeeeek, and he'd have "concern" for their safety.

So, as always for this turtle-faced shrimp prick, you're on your own until he catches you having the audacity to protect yourself with a (oh, are we even allowed to write the word?) GUN. Eeeeeeek, gun in the hands of a victim! How did that happen? Kill the victim! Eeeeeek.

That makes me feel safe.

Any terrorists out there who are following all this?

NYC is putting less police out there
so your job will be a little easier!

What a f---g liar Mayor Bumble-berg is !
As long as he's well protected in his
east side chateau ....f--k all the rest of us!

H-m-m-m.....
does that mean EVEN LESS cops
for Queens' red-lined neighborhoods?

The hollowing out process
seems to be picking up a little speed.

Now if we can cut response time down
for the FDNY....maybe close a few more firehouses....
the developers (foreign & domestic)
have it made in the shade!

This is a fool hard move equal to closing firehouses. When the economy deterioates, crime will go up - then what - we suffer crime because of this? I or my wife and kid do not have bodyguards do we now resume fortressing our homes with gates etc?

We are swinging around like a seasaw - rebates one year - pay double for less this year or next.

The low pay is the fault of bad negotiating by the police union. And another big problem is the 3/4 pension. Too many former cops get this because they had some injury, but they are fine now. They no longer have to do any work for the city even though they are able, and taxpayers are paying them 3/4 of their full salary, which they get tax-free. This arrangement strains resources.

Yet another example of the hollowing out of our community.

That new Latin King grafitti on the building across the street from you will not only be ok with the absentee landlord and the tenants they are putting into the basement, but with offical Queens.

One must not interfer with boys being boys, expecially if they are tweeded boys!

If my taxes are paying for developers and providing amenities for people to replace me, then it should be used to provide protection to me and my family.

I heard you on the radio this morning Peter, complaining about how the police cutbacks endanger the city.

I guess that puts a halt to building in your district as it seems logical that more people and fewer cops is a recipe for disaster, right? Especially since you are in charge of public safety...

Ehh this is definitely not a good thing. Perhaps they should reallocate some cash from the meter maids and traffic cops to put more patrol forces on the streets.

Now "MS 13" can spread their wings unimpeded
all over Corona and into Astoria !

Their gang graffiti runs all the way down
along Roosevelt Avenue.

But the last time I asked
a community relations officer if they were
a problem in Flushing , he replied, " no".

You're either dumb or hiding something
that's dangerous from the public.

They should reinstitue that cops and firefighters live in the city - and turn public housing over to them to live in.