Phew! That was close 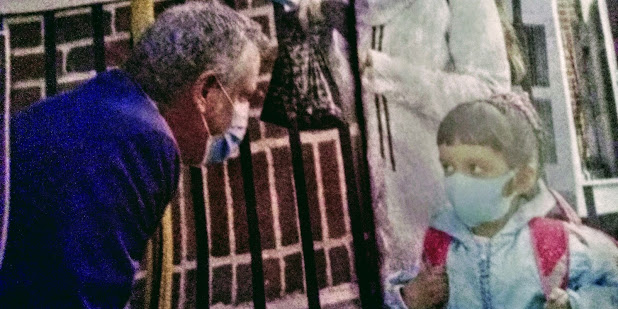 New York City's coronavirus test results have not reached the level that would trigger a shutdown of public school buildings, so they will remain open for now, Mayor Bill de Blasio said Sunday.

"Thankfully, schools will remain open on Monday, but we have to keep fighting back with everything we’ve got," the mayor said on Twitter.

De Blasio had warned on Friday that schools could close as soon as Monday if the city crossed the threshold set earlier of 3% of positive test results over a rolling seven-day average.

Oh they will by Wednesday or the end of the week.
To many of these kids are bussed in from shitty neighborhoods where you have 20+ people living in a partitioned 2 family house under some forced integration program this city has.
This next wave of virus is also hitting during flu season and no cavalry exists to save the day

Flu season is here and old people are gonna drop.

In NYC if the Virus doesn't get you the thugs will !

All by design Comrades !

If lockdowns and masks worked, we would have eradicated the common cold decades ago.

Moe said...
The pro-lockdown Mayors and Governors are enjoying playing Little Dictator a bit too much.

Wearing masks is about as effective as a designated peeing area in a pool.

Are U my daddy?