Would this work for the homeless? 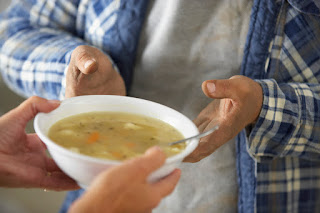 From the Commercial Observer:

In 2002, I had an idea to take vacant city-owned land and have developers and various trades donate their services to build a multifamily building, housing only destitute tenants in rent-free units. It was a utopian vision but the building did indeed get built with the collective genius of Helen Ng, Lance Brown, Mark Ginsberg, Tara Siegel, Rex Curry, Rick Bell, Karen Kubey, the late Margaret Helf and and countless other volunteers. Shaun Donovan of the New York City Department of Housing Preservation and Development shared our vision and found us a site in the Bronx for us to build on. The architects on our team changed the vision and decided that a “green space, sustainability and replicable, affordable design” competition would be a more achievable theme. After being on the initial steering committee, I opted to fade into the background after the goals changed, but I was pleased that so many professionals took the call to action. Rose Associates ended up winning the competition, Via Verde was built in 2006 and thrives today. The process was known as the New Housing New York Legacy Project. However, the recession of 2008 derailed replicating it in scale.

Fast-forward to 2016. Bill de Blasio unveiled the Turning the Tide program to revamp the shelter system to help the homeless. The administration was saying the right things, vowing to build 90 new shelters. Muzzy Rosenblatt of the Bowery Residents’ Committee gets high marks for taking the initiative and building Landing Road as a model project, combining a 200-bed shelter subsidized by 100 low-income apartments. However, since it is privately owned, the numbers don’t work for the city to replicate it in bulk without simultaneously overburdening taxpayers.

Have developers take on the project pro bono with regard to fees. This might seem Pollyanna, but I have faith that the Real Estate Board of New York could get our members to step forward and take this on. The PR effect, goodwill and intangibles would be invaluable to said developer.

Ask contractors with excess capacity to reduce their rates to aid on the project. This is clearly a big ask. The city could barter other services to partially offset the reduction while getting neighboring restaurants and retailers to further donate to these trades.

The only tenants eligible for the building have to demonstrate extreme need. Start with those that are chronically homeless. Get referrals from the local soup kitchens and shelters. Convince retailers to furnish the apartments. Get clergy, social workers, job counselors and medical workers to help the tenants after they move in.
Posted by Queens Crapper at 12:39 AM

Oh shit here we go !! And the ink isn't even on the proposed AiRRbB law yet.

No that wont work because when those fill another million homeless will parachute in and the city will have no option but go after space in small private homes.
You need 3 to 7 Roosevelt Islands to house all these people that don't belong here now !! That not including our own homeless, welfare brats and mentally ill.

If you do this every sap in the country (and Central America) will flood the city like a tsunami. You will have more homeless people sleeping in the subway and under roadways then London during the WWII blitz.

Let's say that every one of these actors who needs to "find religion", so to speak, can actually be found, and doesn't rip off this honor system in the process. What are you going to do after the tenants who supposedly have to demonstrate "extreme need" - however you define that - are now only in "kind of making it" need? Kick them out?

I call B.S. This is recreating NYCHA piecemeal.

How about stop taking in so many foreigners so we can first stop our huge population boom first? Then maybe we can start talking about giving affordable housing to first working class people and then afterwards to those in need.

Have developers donate their services? Ha...like that will happen. The only donations these evil despicable greedy troglodytes make are to crooked politicians who help them get what they want.

What a STUPID idea, hatched by libtards not connected with reality--"If you build it, they will come." Every freaking cockroach of a goldbricker, illegal criminal invader, drug addict who putthemselves behind the eightball, rendering themselves unemployable, every lazy bum will flock to NYC and put a FURTHER tax burden on the honest hardworking people to support them, too, in addition to the huge numbers of derelicts who already made their way to NYC and are already on the public teat. Not fair to taxpayers, especially when the city infrastructure has been allowed to go to pure hell.

Demonstrate "extreme need" my ass !!! All the woman will simply get themselves knocked up like we are seeing on the Mexico border. Now one problem becomes 3, 4 or 5 mouths to feed, house, Medicaid and send to school at a cost of over $100K. These buildings will tip the voting districts and we will be stuck with democrats forever. Its why deBlasio wants all new buildings 20% Sec 8 housing and placed in select voting districts.
Look at the recent Liz Crowley booting, that wouldn't have happened had one more affordable housing box in the district had been placed. Everybody in that Step Street housing project voted to keep her.
The solution is to throw the world and country's professional freeloaders the fuck out and stop baiting them here. Airfare to California and points south and west (where most cam from) is under $200. The city can not afford this it will go bankrupt! Its like feeding feral cats, one becomes 4, 5, 6 then suddenly 30 on your back porch.

Beyond Polyanna. Simply stupid idea which won't ever work. That's what the "projects" in the 50s were supposed to do....elevate the needy! Did they? How about a FREE bus ticket to another city ONE WAY?
That's what other cities are doing to solve THEIR homeless problems....one way free to NYC. Go back to your college sociology class and think up another solution. BTW. Would you agree to one of these shelters next door to you? Hmmmm! Grandiose wool gathering brain!

New York is going too end up like San Palo Brazil or Venezuela if its liberals don't stop baiting the freeloaders with open arms. Voters better wake up and smell the refried beans.

What the hell is wrong with ALL these people, perhaps has the citys water has been tainted with retard juice?
I need to start a business selling & installing steel bar door & window installations. All the shrinks & drug company's are gonna make a killing on antidepressants so I may as well get a head start on the action.

Wow what a bunch of cynical and jaded comments. Sure this vision is a bit utopian but you don't think it makes sense to think a bit differently about this never ending problem? We keep doing the same thing and expecting different results.

The facts are that the chronic homeless have lots of underlying problems and are costing the city a boatload of monies through their cycling in an out of emergency rooms, shelters, and jails. You need to provide comprehensive services to this chronic group from proven agencies that can show favorable outcomes. Audit the agencies to ensure that these goals are being met.

I don't expect the developers to step up voluntarily but when the city gives them big tax breaks make sure you get something back and hold them accountable or don't give them the tax breaks and utilize that monies for the needed services.

"think a bit differently about this never ending problem"

Yes throw ALL these dam no good democrats & liberals repeating the same bullshit the fuck out once and for all. Over 1/2 these homeless and crazy are not from New York and have dropped in since.
Other states are shipping them to us !!!

How did you figure out 1/2 of the homeless are from outside of NYC. Who was it that sated that you are entitled to your own opinion just not your own facts.

Let’s charge large corporations $275 for each full-time employee who have revenues of over $20 million a year.

We can get at least $12 million extra each year to pay for the homeless.

I had a friend at the 104 pct QUOTE: "near every time we have to run one of these problems for burglary or some disturbance they are from another state with long records" "We are so overwhelmed with dealing with these problem people we will never be able to take care our own who can actually be helped to their feet willing to work and have productive lives" "dam shame we suddenly become the trashcan and babysitter for the planets worst"

Not opinion but FACT straight from a police officers mouth.. A person in the field who would be strung up, placed on leave, under mental evaluation a special investigation by the mayors office of special prosecution.
Thumbscrews, tar, feathers, courthouse gulag, loss of job & pension for any city or civil service worker who dare speak a fact in a public forum.
I'm sure a couple other things I left out as well.
I suggest people in New York at least apply for the more lax firearm premises permit wile you still can because you may need it.
Its all over should sheep voters seat DeBlasio's wife as next mayor

The only thing the hippies in Seattle have proved is your 3 largest homeless populations (Seattle, New York and Los Angeles) also have the largest infestations of liberals at the helm doing the driving.
Austin, Houston, Tulsa, San Antonio in red states dont have these problems because the freeloaders usually get two choices 1-handcuffs or 2:start walking to the bus station. We need somebody like Sheriff Joe Arpaio as mayor to fix this mess and educate Bill deBlasio with some 3 man tents in his back yard, porch and rooftop.

Currently in London homeless refugees are demanding money and killing people on the street with knives in broad daylight. They even bust the windows and attack your in your car!!! Worse the people including cops must watch and do nothing because they dont have guns to stop the attacks. They must call SWAT who then must go to the armory. It takes a 1/2 hour or more.
This WILL happen here is this "come and get it" and open arms sanctuary city bullshit is not brought under control.

Not a joke lots of dashcam footage on this page: