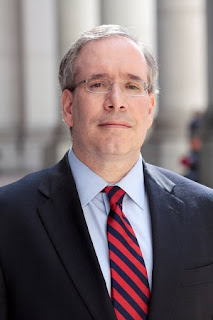 New York City will dedicate $5 million of its budget for next year to inspect and fix illegal boarding homes, known as “three-quarter” houses, and to relocate tenants living in them, city officials said.

The spending is part of a budget deal for the 2016 fiscal year, which begins July 1, announced on Monday by Mayor Bill de Blasio and the City Council speaker, Melissa Mark-Viverito, who are both Democrats. It is the latest in a series of actions by the city after an article published by The New York Times last month on the flophouses, which are paid for with government money and cater to addicts and others with nowhere else to live.

Three-quarter homes, so described because they are seen as being between regulated halfway houses and actual homes, often cram four to eight people in a room and sometimes have blocked exits and squalid conditions. The article focused on one unscrupulous operator, Yury Baumblit, accused of taking illicit payments on Medicaid fees for drug treatment while forcing people to sleep in bunk beds squeezed into tiny rooms.

A day after the article was published, Mr. de Blasio formed an emergency task force to inspect the homes and try to fix the problem. The city comptroller, Scott M. Stringer, a Democat, has also demanded that city agencies take steps to ensure that people in need of housing are not sent to three-quarter homes.

The task force has now inspected 63 three-quarter homes identified by the city’s Human Resources Administration, said Commissioner Steven Banks, a member of the task force. Nobody knows how many of the homes exist in the city because they are not legal and no registry exists. Officials have estimated that there are hundreds.

Mr. Banks said on Tuesday that the $5 million in next year’s budget will be used to pay for temporary housing for people who need to be moved and security for that housing; case-management services for people being moved; help connecting people to permanent housing; repairs to houses, such as removing bars from windows and unblocking exits; and “fire guards” — workers assigned around the clock to homes deemed to have fire hazards.
Posted by Queens Crapper at 6:27 AM

Any penalties for the owners of the illegal "3/4 homes?"

If they were always illegal to begin with, how were they allowed to open and be in operation?

In fact, the biggest, most entrenched illegal 3/4 flophouse are located at City Hall and Albany, with special credit to purported Public Watchdog maven, Scott Stringer himself.

Why, in Stringer's downtown offices alone, there are more patronage jobs on his 'Friends & Family' payroll than people living in these blighted, illegally converted flophouses combined!

So, clean up your own mess at One Centre Street first, Mr. Stringer---and while you're at it, drop your taxpayer funded private chauffeur, and stick your head in a subway car every day---just like the people who were ambushed into accommodating your vastly overpaid public salary!

Another typical, 'friendly robbing' politician of privilege and private splendor for himself---and public squalor and epic fail for everyone else!

When did it become illegal to rent out rooms in your house?
My nephew is a stone cold Junky and even I think it's so nice of the mayor to want to spend your money to house and feed him,nephew has never had a job,steels,and begs for money and does pretty well,it supports his drug habit,bottem line is He Belongs in Jail, he can't be rehabilitated,
I love Democrats, they think with enough of your money they can create Utopia, at best they will have loyal voters even if their Junky bum crooks.

This is being paid for with taxpayer dollars. I don't know if I should be upset at the poor conditions or happy that the city was getting a bargin.