Fed up with Jackson Heights slobs 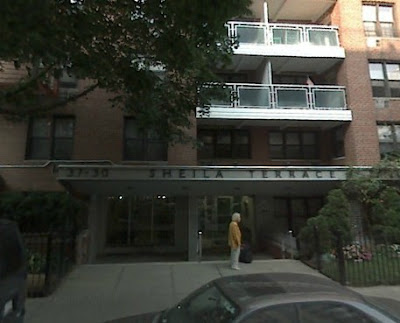 After years of watching their block’s quality of life deteriorate, in an area one resident called “one of the most beautiful neighborhoods in Jackson Heights,” shareholders at Sheila Terrace, a co-op at 37-30 73 St., have had enough.

Beginning in the 1980s, Joe Galindo, who has lived at the address since 1967, started seeing tell-tale signs of change. Over the past four years, he has lodged multiple complaints with various city agencies and elected officials to try to correct the many issues plaguing the block.

Last Friday night, the residents, who, according to Galindo, paid up to $330,000 for their apartments, met in the building’s lobby to take a united stance in combating the situation and to plan a course of action.

Surrounded by grocery stores, restaurants, travel agencies, a discount household center and street peddlers, the building has become something of a mecca for the homeless, who, according to Debbie Singh, vice president of the building’s board of directors, sleep in front of the property.

“The street has gotten disgusting,” Singh said. “Because of the street vendors, people throw food and garbage on the ground. They hang out 24/7. There are squabbles. The noise is unbearable.”

She indicated that the building is getting infested with mice, a problem she called “overwhelming,” and also complained of the constant parade of cars that are double- parked in front.

“There is no peace anymore,” Singh said. “The value of the property is going down. We would like the elected officials to do something.”

Sorry, you've been there too long. They want you replaced with more vibrant, diverse residents.
Posted by Queens Crapper at 12:20 AM

Go to the community board and ask them why they don't have this on their agenda (and question why the things that the machine determines they talk about - like transgenered Pacific Island Day - is so important.)

Wait till your local elected is making some photo-op and have someone show up with a cell phone and ask about the things you write about - record their surprised response that 'they look into it' - and post it on line. Revisit the empty promise frequently on your blog.

Yes, set up a blog - the more you reach out the the public directly and embarrass the Claires and Tobys and Vickies and their ilk that are running this boro into the ground, the more you will get noticed - the local media is not there for news so you need to do it yourself.

Reach out to other buildings. An irate floor is a cabal of Archies, an irate building is a clique of racists, a pissed off neighborhood means a threat to Tammany and Tweeding.

Try it. Don't be polite. That is why Queens is like this.

And if you want fun from this effort, call QCC and record their response.

Be careful once you get underway. The machine is masters as divide and conquer. Within your ranks the tweeders will encourage a 5th column that will 'work within the system' and 'be reasonable' and geet official media coverage and ice cream money to marginalize the activists but in the final analysis undercut and undo everything you accomplish.

People don't throw garbage on the ground "Because of the street vendors". People are responsible for their own garbage. Many times I witness littering all over the city where there are no vendors. There is no excuse or reason for it. You can not blame the seller of a legal item for it's misuse of it or it's waste.

Gasp! People on the sidewalk, "talking...drinking coffee!" What a shocking outrage! That should be a law! Hopefully all of NY will be only Duane Reeds and Citibanks and Starbucks and we can get rid of this "diversity." It makes me sick, all of this diversity in my streets. Don't we taxpayers have a voice anymore? I want cement covering every blade of grass in this nation. Disgusting trees, stealing my oxygen. And what happened to Christian radio?

I guess that was an attempt at sarcasm. Sorry, but bums in front of your home, fights, garbage and vermin were left out of your analysis.

Get Greg Mocker out there!

"the local media is not there for news" - where's the Chronicle based, California?