Who's really to blame for the RKO Keith's? 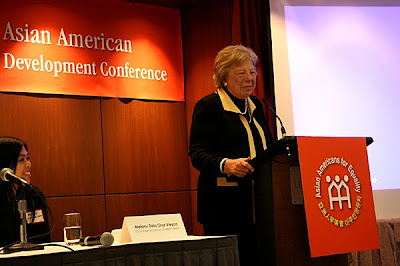 To the author of this article:

You do a great disservice in “reporting” on the fight to save the RKO Keith’s Theater by not doing your homework as to A) to the true unfolding of events as to how they occurred and B) disseminating inaccurate information that is then taken at face value because of your position as a “journalist” for the Baruch College Journalism program.

While the spirit of the Facebook group shows great concern and empathy for our ruined treasure, the often-times wrong info that is carried by that site (as well as some of the people that you interviewed) completely confuses the point as to WHY the building is still standing.

1) The entire interior of the building was granted New York City Landmark status in 1984. This includes ALL INTERIOR SPACES, including the auditorium, grand foyer, ticket lobby, lounges, mezzanines, promenade and the like. Also, the full interior AND exterior were placed (and remain today) on the National Register of Historic Places in 1982.

3) After two years, the Committee to Save the RKO Keith’s Theater, Inc. requested the restoration of the full interior landmark designation. Over 3,500 petition signatures were sent to Mayor Koch, then-Borough President Shulman and the Landmarks Preservation Commission. It was subsequently discovered that Tommy Huang had driven a bulldozer up the east staircase of the grand foyer, damaging the landmarked portion of the building.

4) The destruction Huang perpetrated on the rest of building had no rhyme or reason in terms of an actual demolition plan. He damaged as much of the interior ornament and building fabric as possible as to make the re-designation of the full interior of the building as a landmark impossible. It seemed clearly that his intent was to destroy the entire interior of the building, thumbing his nose at the authorities, the community and the government in order to show that he was the boss.

5) When confronted by supporters of the restoration of the theater and creative adaptive re-use into a performing arts / conference center in 1986, BP Claire Shulman refused to support the redesignation. When she was questioned at a later date over the possibility of pursuing punitive damages against Huang, her response was “Hasn’t he suffered enough? He hasn’t been able to build on the site…” for a number of years.

6) Tommy Huang was NOT going to build a movie complex at the RKO Keith’s. In fact, in the original deed when it was conveyed to him by RKO, he was prohibited from showing movies in the English language at the site for 25 years. This was to stop any competition between RKO, which still operated other theaters in the metropolitan area, and any other movie operator who might buy the building. The prohibition is expiring this year.

7) Contrary to your article, Tommy Huang or his shell corporations owned the building until its sale to Boymelgreen. He NEVER filed for bankruptcy and used the shell corporations to remove personal liability for himself. In fact, within a year or so of purchasing the building, he had flipped the property from the Farrington & Northern Development Corp. to Henry & John Associates (Henry and John are his sons). At one point, I believe he even made his own mother the legal owner of the building, which would make her responsible for the debts and violations that he incurred over the years.

These facts – and many, many more not discussed here – tell the true story of what has happened to the “Penn Station” of Queens.

This building, more than any others that were destroyed or compromised, was what galvanized preservationists throughout the borough to make sure something like this would never happen again.

Most importantly, he could not have accomplished the destruction of this theater – and get away with it – without the help of other accomplices, including former Borough Presidents Donald Manes and Claire Shulman. Most importantly, Shulman could have intervened with the building or reversed the landmark designation to include the entire interior (at a time when the Borough President’s power was substantially more than today, as their power was limited after the 1989 Charter Revision). She made a conscious choice not to intervene, but it’s more than that; she truly was implicitly involved in the destruction of the building. Her refusal to listen to her constituents and other elected officials in the race to save the RKO Keith’s – and her actions during the past three decades at other preservation flash points throughout the borough – clearly revealed her agenda for Queens.

Paul Graziano,
Flushing Resident
Posted by Queens Crapper at 12:00 AM

Fantastic job Paul. Your details are impeccable.
I'd like to see the letter grab traction somewhere else with a wider reach.

Oh Claire! Your orange jumpsuit has been ready for quite a while. Time to pay up and put it on!

Ha! Ha! Ha! The NY Mets will just hold another benefit to pay any new fines...and that's fine with me!!! Aren't I a drama queen? I just need a theater...

"Tommy Huang had driven a bulldozer up the east staircase of the grand foyer, damaging the landmarked portion of the building" -- What's the statute of limitations? Cannot Huang still be prosecuted?

"I'd like to see the letter grab traction somewhere else with a wider reach."

That's why it was posted here. And it's important to correct the details no matter who posts them or where because lazy reporters do Google searches and then fiction becomes fact.

I am so sick of this story - all POLS have an agenda - to get really rich and line up their benefactors.

Let's not forget that CB7, led by Kelty and Apelian, had approved the upzoning of the area to permit the construction of the planned high-rise residential luxury building to replace the RKO.

Don't be fooled by the countenance of a "kindly" grandma.

Claire Shulman---or what I like to refer to as the "Shul-Manes" administration---most definitely, shares the blame for the Keith's destruction along with convicted criminal Tommy Huang.

It's as if Claire, along with her boss Donald, had wielded the sledgehammers themselves as accomplices in this atrocity!

They, of course, were aided by other machine politicians, etc. who supported Huang by "looking the other way".

Thus, Huang was allowed to commit his crimes with but just a slap on the wrist in penalties.

Thanks Paul for putting some of the info I conveyed to you into a concise rebuttal of some of the inaccuracies that are floating around.

Shulman will get her proper place in history as a destroyer---when a full chronology of events finally gets published---through a collaboration of past and present RKO Committee members, theater buffs, etc.

It is the least that can be done to correct a rotten situation that has festered for decades.

That aging developer's slut Shulman is nothing but a malevolent self serving cur who's been in cahoots with Huang for years.

How come she "didn't know" what was going on with her boss Manes?

Manes was reportedly seen "taking an envelope" from Tommy Huang at borough hall!

How come she got let off the hook by Giulliani when he went after Manes....huh?

Her hands were probably "red" too.

But maybe Rudy let her skip in turn for supporting him when he ran for mayor....which she gladly did!

What a bunch of asshole buddies that make up the daisy chain of corrupt Queens clubhouse pols.

Hope you're reading all of this stuff Claire and crap your "Depends"!

Shulman ought to wrap her face in "Depends" too because she craps from both ends!

You'd be surprised how wide a reach that "Queens Crap" has...eh "Crappy"?

We hear that Bloomberg's trolls are assigned to scope it.

The Queens Historian refuses to take an active stand on preservation.

Do we have to go further?

Queens Preservationists might justifiably complain, but with no juice they are just making noise.

At least Julia Harrison reported the $1,000 or was it $1,500 she took from Huang as a campaign contribution...not knowing who and what he was at that moment.

Funny how no other pol declared receiving Huang's $$$$$....which he was confirmed to have spreading around all over the political stage back then...h-m-m-m!

Get your nuts and bolts tightened before you mouth off Harrison-basher!

Well, that's what happens to a complacent population who keeps re-electing these same pols with overwhelming numbers.

"At least Julia Harrison reported the $1,000 or was it $1,500 she took from Huang as a campaign contribution...not knowing who and what he was at that moment."

Nice to know her campaign treasurer is still defending her wrongdoing. Even if she did't take the $ intentionally, the destruction of the RKO Keiths happened under her watch. Nothing will change that fact.

Nice to know her campaign treasurer is still defending her wrongdoing. Even if she did't take the $ intentionally, the destruction of the RKO Keiths happened under her watch. Nothing will change that fact.

I guess we should expect our city council representatives to be in all places and all times to protect the community's historical treasures, especially when the destruction takes place out of sight in the basement. And Harrison's wrongdoing was...? The trolls are out in force this weekend!

We’re not here to defend any particular politician, only to speak the truth as we have witnessed it. Tommy Huang’s destruction of the Keith’s occurred under the following politicians’ watch:
1. Mayor Koch,
2. Beep Shulman,
3. State Sen. Stavisky,
4. Assemblymen Hillman, then McLaughlin,
5. Councilwoman Harrison.

It seems, however, that most of the blame is being assigned solely to Councilwoman Harrison, judging from some of the uninformed comments being posted on this blog.

The fact is that it was Julia Harrison who actually took the lion’s share of action that ultimately led to Huang’s felony conviction. The rest of the politicians did as little as possible by comparison. Some merely issued statements, taking photo ops at press conferences. Some kept requesting endless “choronologies of events” when asked to act. Others feigned concern by just calling him names.

And some actually supported him: when Harrison’s office sought punitive damages from Huang, Claire Shulman defended him, saying “Hasn’t he suffered enough?”

For example, it was Harrison who led a task force with representatives from the NYS Attorney General’s office to investigate Huang; she was even in touch with Federal authorities. There were many other actions which led to results, that Harrison’s office took, too many to enumerate in a brief statement.

The members of our committee have taken no monetary gain (in fact, it has cost us) for our decades of hard work. We know who stood in the way, who stood aside and who stood with us in defense of the landmarked RKO Keith’s.

You may choose to believe us, or those who have benefited from their association with Huang and may be posting.