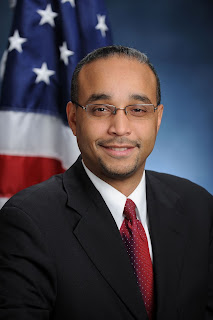 Peralta, a Democrat, represented a Queens district that included diverse neighborhoods such as Corona, Elmhurst, Jackson Heights and Woodside.
Posted by Queens Crapper at 5:27 AM

Can't survive without a government paycheck? Happy Thanksgiving to the taxpayer!

Condolences to his family

Way too young. My deepest condolences to his family. May he Rest In Peace.

Why should ANY politician rest in peace, when they've created NO peace, much less fairness and sanity, for anyone else? Rot in hell is more like it, and with a caravan of many other rotten dirt-bags to follow, much sooner than later!

I see there aren'tany Christians on here. Can't just be civil. Losers

The apparent heart attack was apparently an infection of some kind and not a heart attack as per updated stories quoting his wife.

The disgusting comments from people hiding behind their "anonymous" title is not only disgusting, but pathetic and cowardly.

I mean I don't know much about this politician and have no opinion of him, but if someone did not like the person in life, they certainly are not going to give a shit when the person dies. Dying (which is part of life) does not move you up the ladder of respect or likeability. Just like when former Queens Borough President Helen Marshall died. She was a total ass in life and now she is worm food, actually now serving a public servant purpose as opposed to in life.

And for you religious folks that believe in God, isn't this a good thing, "you have come home", you are now with the lord". I mean that is what those folks always say.

My point is should someone be civil when someone dies, if they did not like the person in life or they were awful in life. Not saying anything like that about this politician, I just don't know much about him.

Here's what I'm sick to death over: Politicians who have betrayed public trust, and then the Christian Anonymous above expects everyone to forgive willful sins of personal greed, arrogance and self- and unjust enrichment at MY expense.

You can STILL be a good Christian and not accept and condone rampant, government duping, abuse and stealing from others' hard earned money. The more you protect what is clearly against your own self interests, Anonymous Christian, the greater is their reach and purview to harm your Christian life of forgiveness to those who fail to work for a living on the taxpayer dime, with impunity.

Teach people in government how to respect you, instead of to hold you in perpetual contempt!

Anyone who wishes death on a public servant that actually took up some unpopular positions and fought for his community is a typical useless troll. Show up to his funeral and say it to some of his family that are going to have a miserable holiday season, and get prepared to get punched in the face. Guy was a college classmate, and I didn’t agree with all his politics but he was a decent human being that gave way more than he took to our society. #trollsareueseless

Anyone who wishes death on a public servant that actually took up some unpopular positions and fought for his community is a typical useless troll. Show up to his funeral and say it to some of his family that............

Here we go again with people who cannot READ or COMPREHEND what they are reading and then just make something up that was not said. NOT ONE comment on here "wished for his death" or a public servant (which let's face it that term is near extinct, few politicians are public servants anymore). I mean show me EXACTLY where someone said that on this posting. YOU CAN'T, because no one did. Sure, people can make comments about the dead, including negatiave, but NO ONE here said "wished death", etc.

YES, even by today's standards. FACTS are FACTS. 2+2 = 4, it does not equal 5 or 12. FACTS people, not "alternative facts" (no such thing), not "theories or conspiracies", not "I heard", not "they said", not made up crap by you. FACTS. And no one said that. So in actuality, you are the troll here by making that entire bullshit up.

I saw no "Death Wish" comment! No one wished his death! I've read back through the old stories about Peralta, and a lot of his constituents were not happy with him. But he was elected by popular vote. The people of NYC like liberal Democrat politicians to represent their interests. That's just the way your town and state is! So there!

Here is the truth..flu shot....how stupid, what a senseless death

Sue the CDC and the makers of the flu shot.