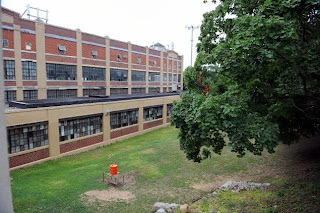 Convicted sex offenders could be among the inhabitants of a homeless shelter that’s being proposed in Glendale, and civic leaders have been even more fired up since they made that discovery last week.

The revelation came after Samaritan Village — the Queens-based group that wants to convert a vacant warehouse on Cooper Ave. into a 125-family shelter — outlined their plans in a letter to Assemblyman Andrew Hevesi.

“[City Department of Homeless Services] has both a mandate and obligation to provide shelter to any eligible homeless person or family, regardless or criminal background,” the group wrote to Hevesi, in response to a question as to whether the population would include felons and sexual deviants. “The Sex Offender Registration Act does not restrict where a sex offender may live.”

The proposed shelter has drawn unanimous opposition among the area’s elected officials and civic leaders — and the details left many of them aghast.

Samaritan Village said it would maintain 24-hour security, a 9 p.m. curfew and a strict no-visitors policy.

What happens when they miss curfew? They sleep in Atlas Park?
Posted by Queens Crapper at 12:05 AM

Fantastic idea. And right around the block from the new brewery they are opening next month. Great combination!!!

Great, another homeless shelter in Queens. Jamaica has tons of these and they destroy the community, bring down property values and every single one of these have some kind of issue going on with the people who live there.

So tell me Michael Wilner, owner of this property, just how many homeless shelters do you have in your community?

I have two word for you: FUCK YOU.

And shame on the leaders and elected leaders who allow this nonsense to go on.

Elizabeth Crowley is an embarrassment. She is an incredibly dumb politician. I cringe every time she opens her mouth.

Does anyone have confidence that this woman could make a credible argument to the Administration as to why this shelter would be bad for Glendale?

VOTE THIS BIMBO OUT!

So wait a minute.....nyc can house sex offenders and homeless people (who most living on the streets actually refuse to go to the shelter) but they can't house taxpayers? How is it that I have been looking affordable housing for the last three years now, but yet people who don't pay a dime into the tax system get housing over taxpayers? I'm sick of joining subsidizes housing lotteries in order to get housing meanwhile I'm in a pool with a million other people, half who just came off of a boat or walked across the border! I'm so fed up with nyc and their messed up ways on how they treat native new yorkers!! I have a proposal...how about you put an English speaking only line in the DMV or how about you put away 60 percent of subsidized housing away for actual native new Yorkers who have paid into this tax system for years!!